Loki loves it when we get him a new scratcher, and he particularly loves it when it’s covered with fresh (dried) catnip. First, he eats the catnip. 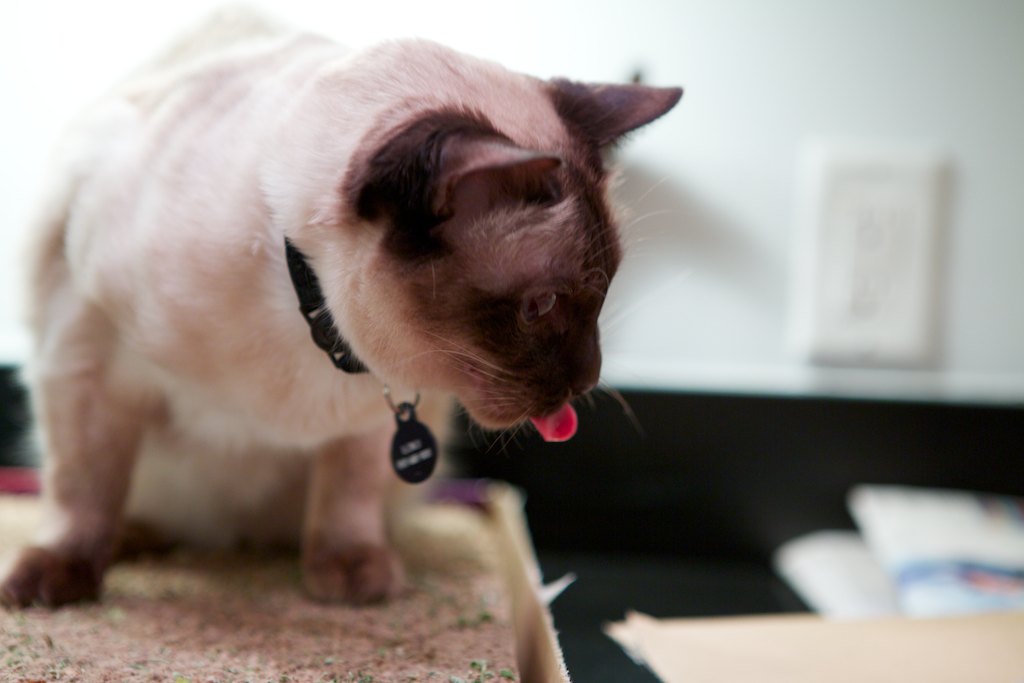 Then, briefly, he sharpens his claws. 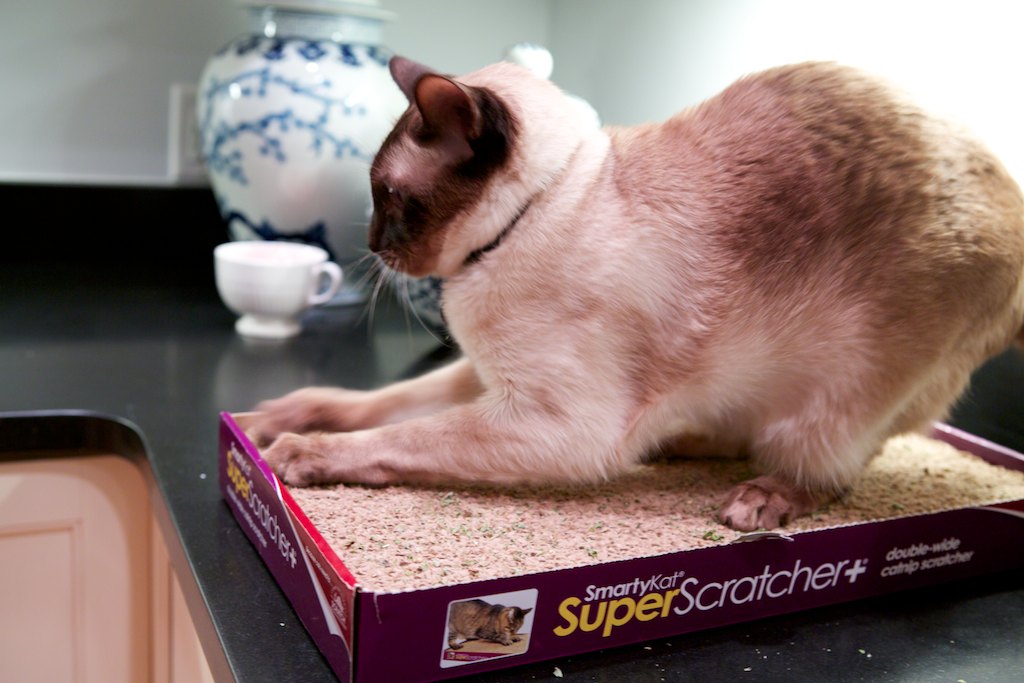 And then he starts to get paranoid. 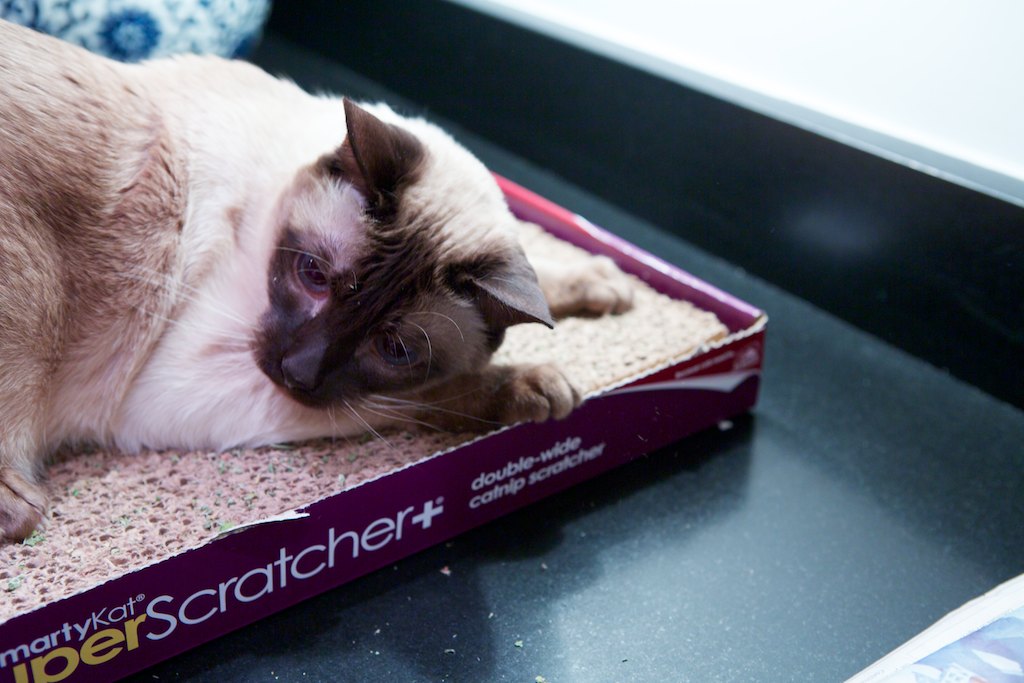 And then he rubs his face all over the scratcher. 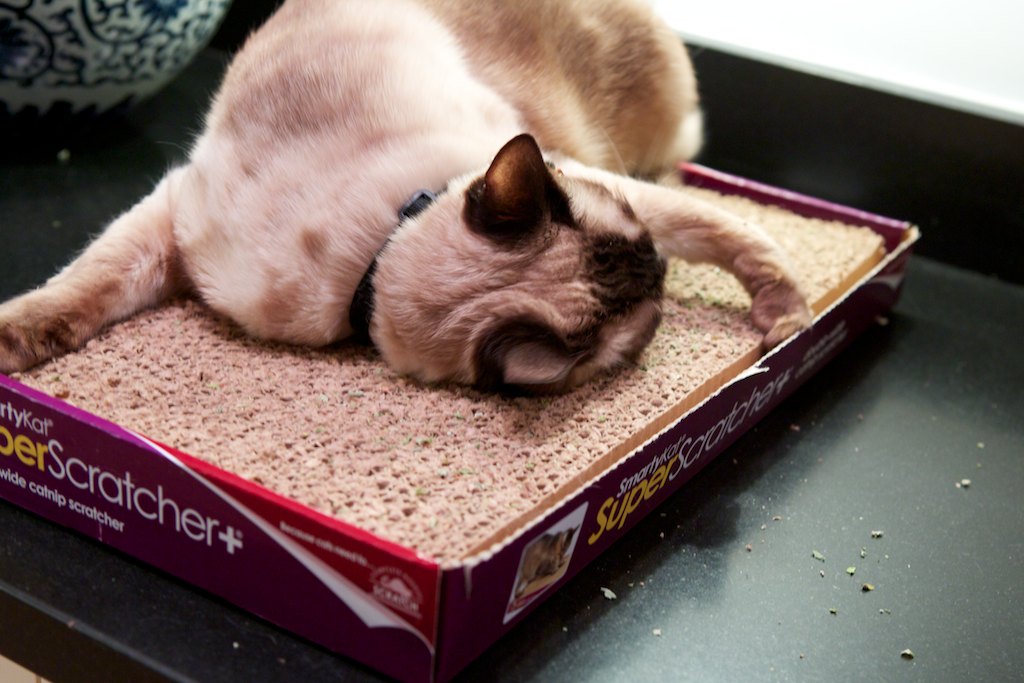 And then he gets paranoid again. He doesn’t seem to realize his face is completely covered in weed. 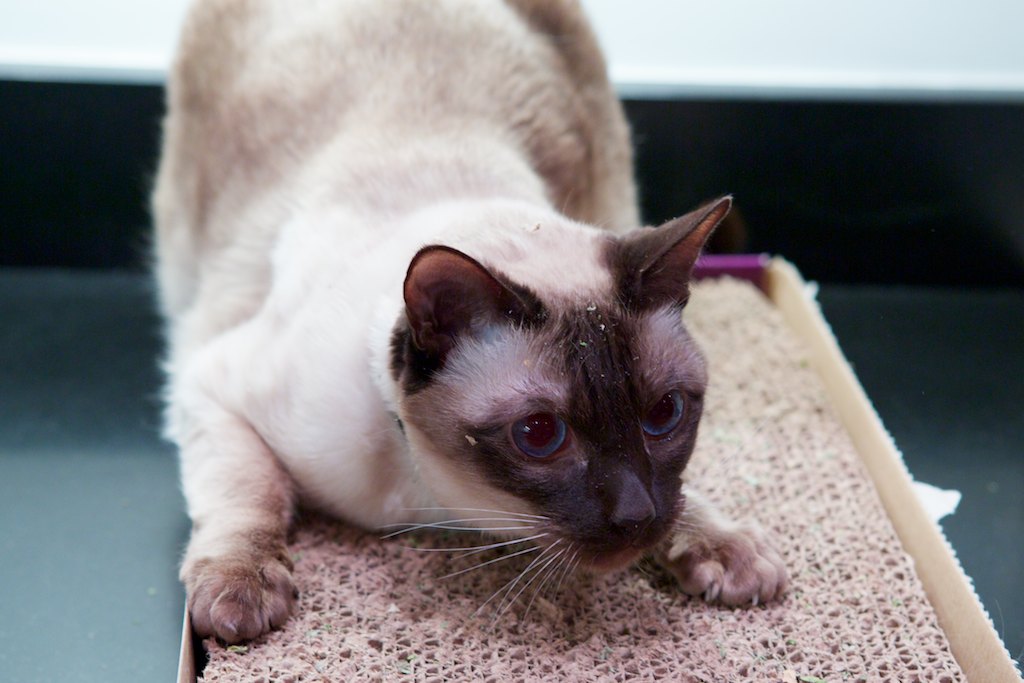 So he does his best to cover his entire body with catnip. 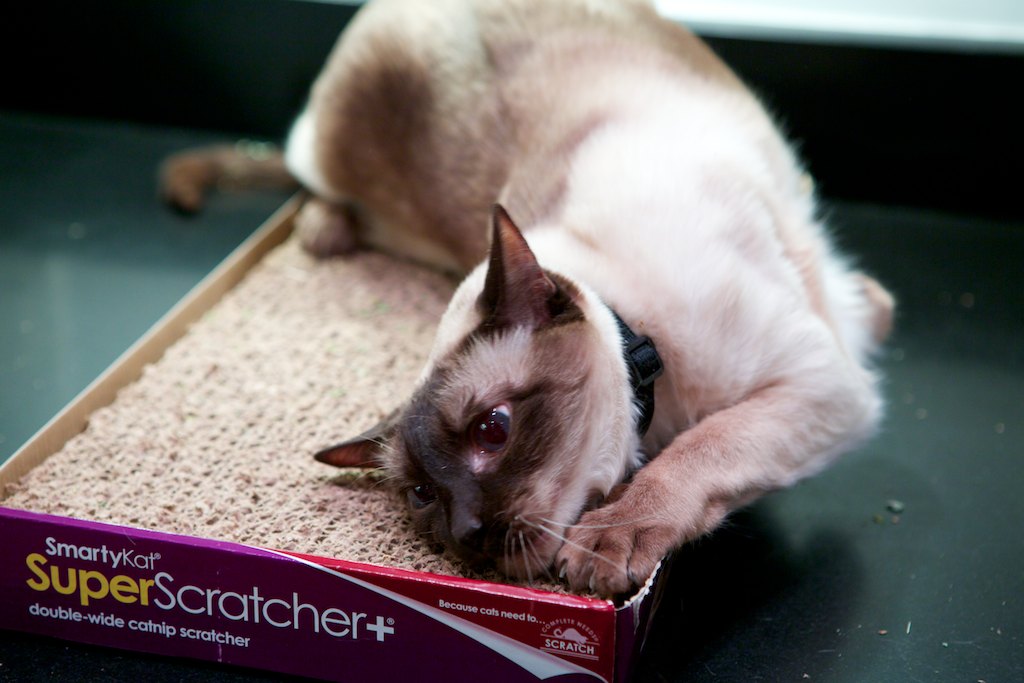 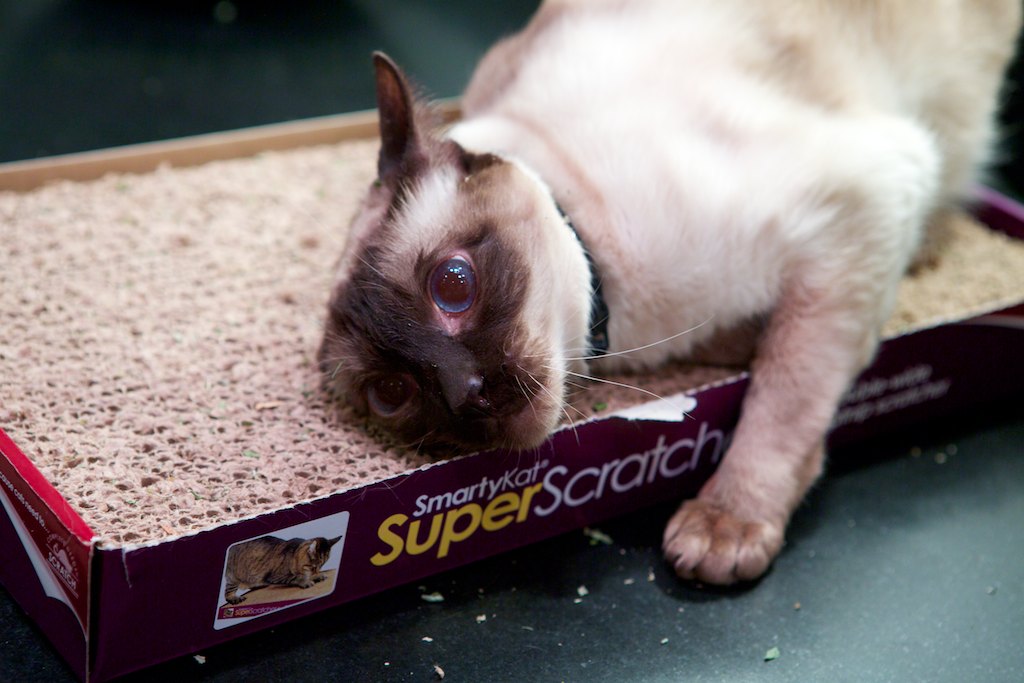 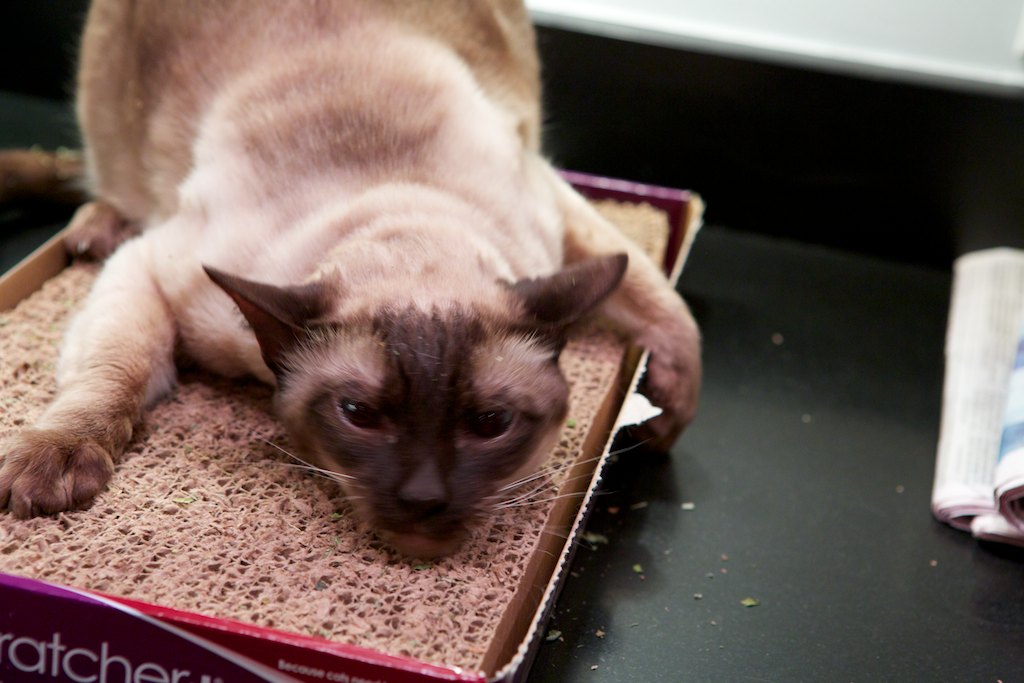 “Seriously.  How can you not hear that?” 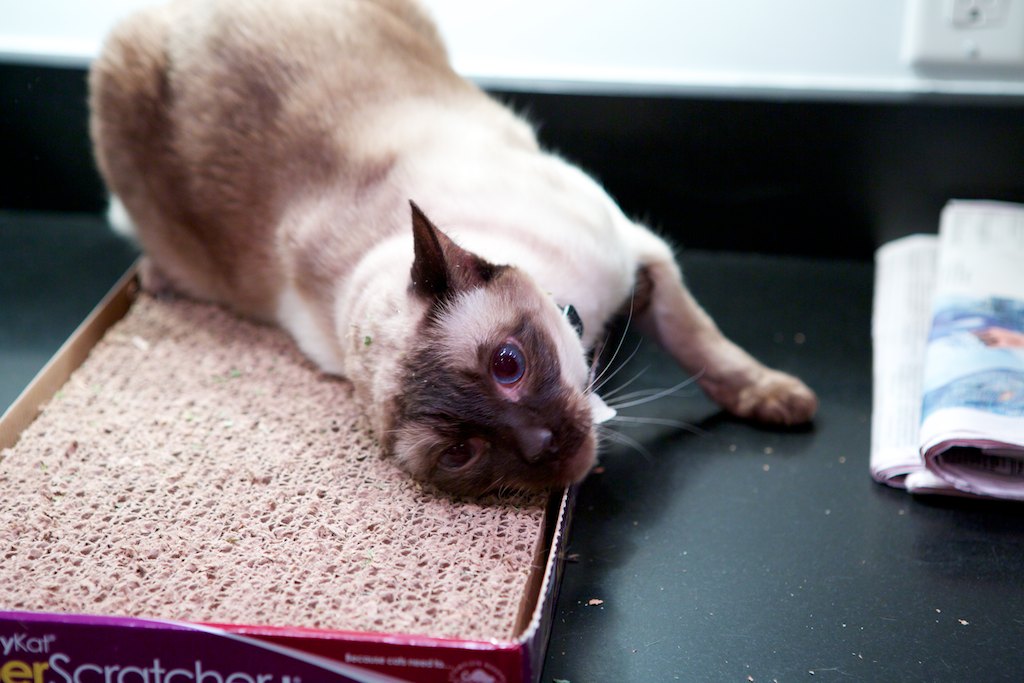 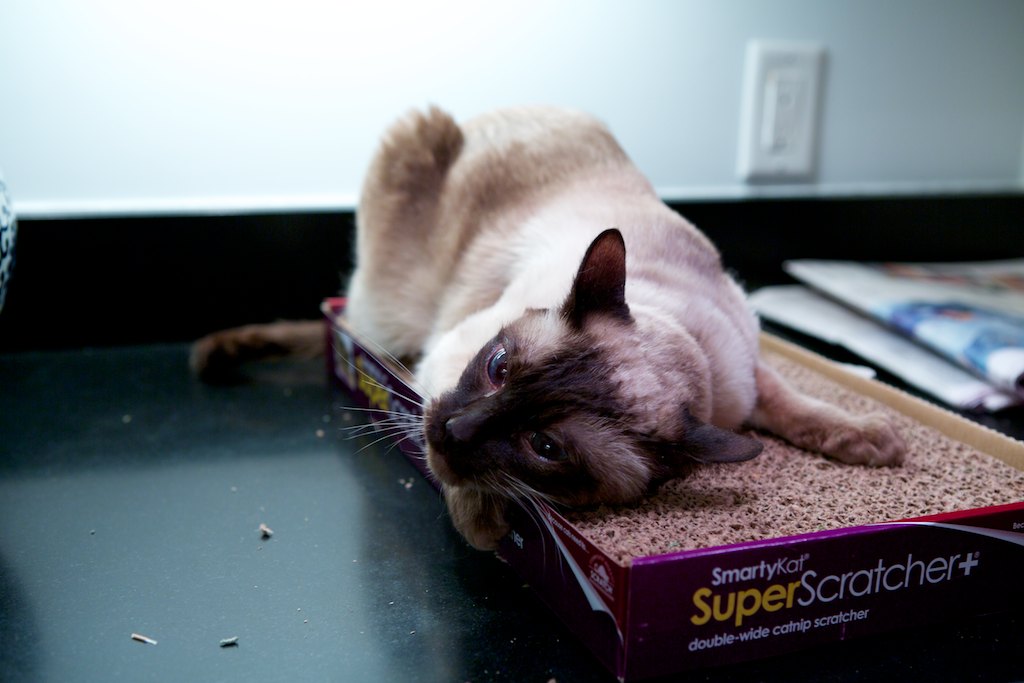 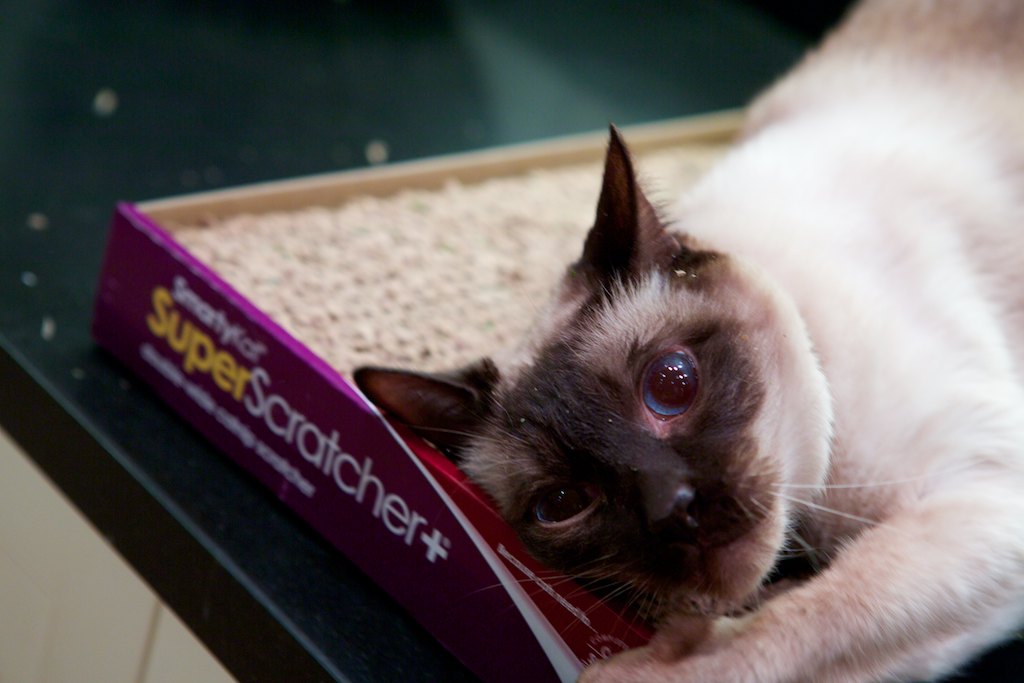 O, God, please, we need moar of this.

Loki is SO beautiful. Siamese cats are the best. Do you ever need a cat sitter?

I found a cardboard scratcher that's shaped like kind of like an X (but weighted down, like someone tubby sat on top of it), and my two kitties LOVE it. They can sleep on top of it, scratch it underneath in the X's armpits, and army crawl underneath its "legs" to surprise unsuspecting cat toys. Highly recommend!

I can't be the only one who thinks this, but I think Loki could make it in the world with his own website. if not then at least post plenty more pictures!!