You probably think I’m kidding about it being a fear, but it’s true. Way back when I was in college, I worked in the classical department of a record store (!) during the summers. I bought just about every contemporary CD (!!) that came in, and the one that struck me more than any other was John Corigliano’s Clarinet Concerto. (Yes, even more than that ridiculous “CHANT!” album.)

During my junior year of college, Corigliano visited Cleveland for a performance of his concerto with the Cleveland Orchestra. And I sort of lost my mind. I attended all of the rehearsals, sitting behind him so I could look at the score over his shoulder in what I now know had to have been the creepiest way possible. He spoke to our composition studio where he presented that clarinet concerto, and I sat front row center. Hearing him talk about how he constructed it made me love the piece even more, and I became convinced that it is among the best wind concertos ever written. I continued stalking Corigliano after that visit, and he eventually relented and invited me to study with him at Juilliard. But my obsession with him and his music started with that clarinet concerto.

When I wrote my first wind concerto – for soprano saxophone – I kept thinking about Corigliano’s clarinet concerto, and tried to figure out why anyone would write a wind concerto in the same world where they could just listen to his piece. To get myself past that, I quoted his concerto in the final movement of my sax concerto (with permission, duh). It was my way of saying, “I can’t write anything as good as his piece, so here – I’ll just give you a little of his piece as an homage to what a concerto SHOULD sound like.”

When I wrote “Wine-Dark Sea,” I conceived the second movement, “Immortal thread, so weak,” as the slow movement of a clarinet concerto. The voice of Kalypso, the immortal goddess banished to spend all of eternity without companionship or love, was represented by a single clarinet. Unfortunately (sort of), my little experiment of “what would it be like to write a clarinet concerto” resulted in the best thing I’d written, and it was NOT part of a concerto, so I felt like – “well, I wrote a nice thing for clarinet, and I can’t top THAT, so, no concerto for me.” (Rule #1 for being a composer: you must be neurotic.)

I’ve been asked several times over the years if I’d consider writing a clarinet concerto. But I always felt like – why? I can never write anything as good as the Corigliano – my favorite piece by my favorite living composer, AND he was my mentor – and I sort tried it once with WDS, and I can’t top THAT result I’m sure, so I would say no. Until now.

A while back, Julian Bliss contacted me and asked if I’d consider writing a concerto for him. If you’re a clarinetist, you know his playing. The guy is unbefrigglievable. Not only a phenomenal technician, but a real *performer* on stage. Incredible charisma. Also, I later learned, fun to drink with!

The opportunity to write a concerto for somebody in Julian’s league is not the kind of thing even a neurotic composer says no to. So… I said yes. I came to peace with the fact there is NO way I can write anything better than Corigliano’s concerto. But I can write something *different*, something that sounds like me. I mean, the world is a better place with 18-year scotch, but that doesn’t mean that there isn’t also room for White Claw.

So the piece is going to happen. Julian will premiere it with Jerry Junkin conducting the Dallas Winds in Fall 2022.

And here’s a picture of the clarinet pencils that my grandfather had made decades ago as a promotional thing for his music store. 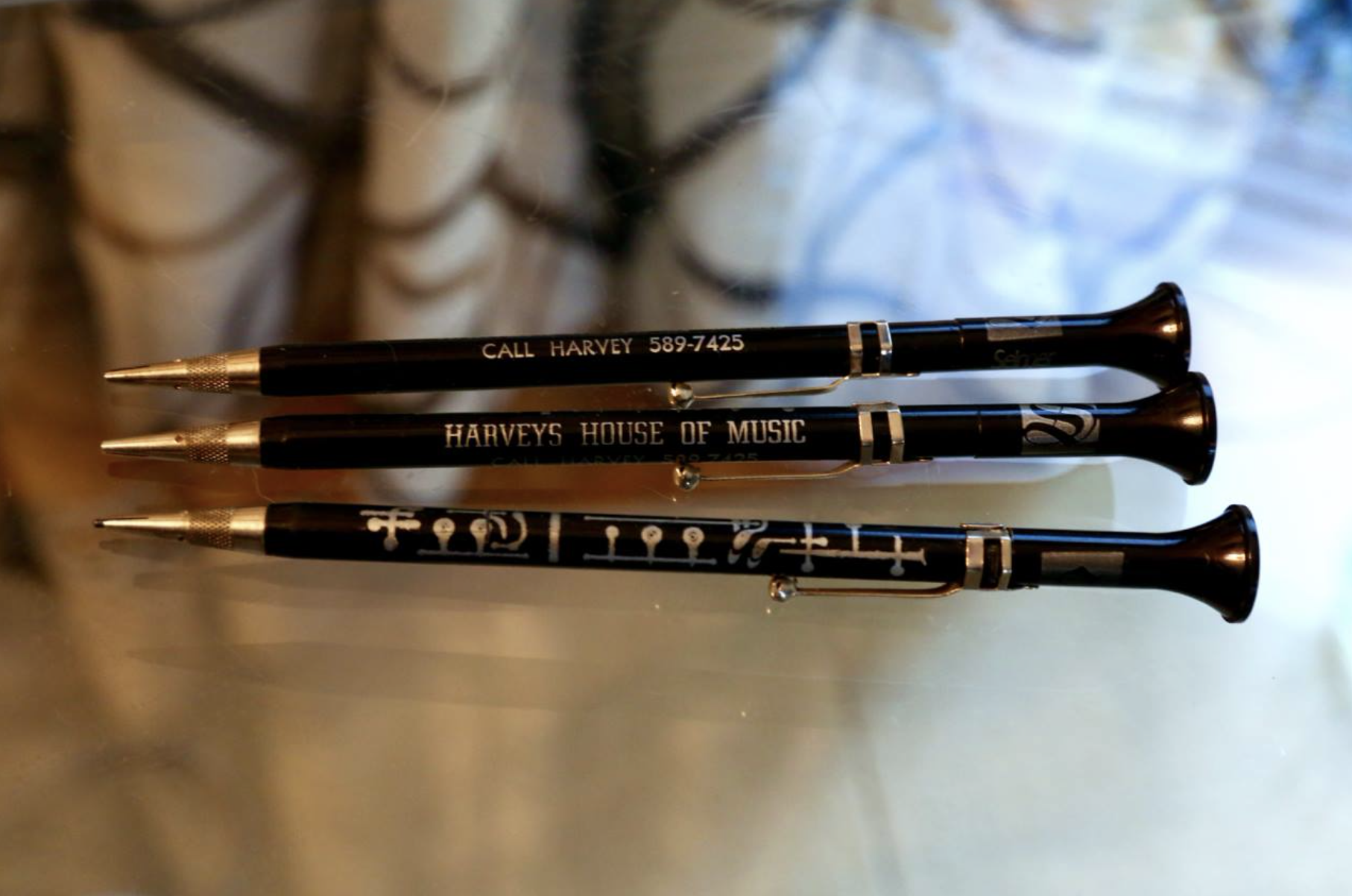 Dear Mr. Mackey, thank you for sharing with us this beautiful and inspiring story.

As a professional clarinetist myself, who got the chance-of-a-life-time to play The Wine-Dark Sea as the concertmaster during my final year of Master study... I can't express enough how much I love the piece, and how excited I am to know that you are (finally) going to write a Clarinet Concerto!

Is there also going to be a transcription for symphony orchestra, later on? I would be very interested in ordering it!