We’re two weeks into the Around The World tour with the University of Texas Wind Ensemble. I’ve wanted to post blog posts along the way, but the days have been overflowing with activities. Today is our last day in Hong Kong. We’re off to Beijing in the morning, but in the meantime, I have an hour free to write a post – and yesterday was too great of a day to go without a blog.

We’ve been in Hong Kong since last Thursday. There was a runout concert to Macau on Saturday – a 14-hour day with ferry trips, a dinner, and a concert – and after less than eight hours back at the hotel, we were out the door again, this time heading to Shenzhen, China — our first trip into China – and our first trip through Chinese immigration. Even with dozens of instruments going through customs, the trip was remarkably smooth. A student took this picture with his phone before he saw the sign warning of imprisonment if you took a picture. 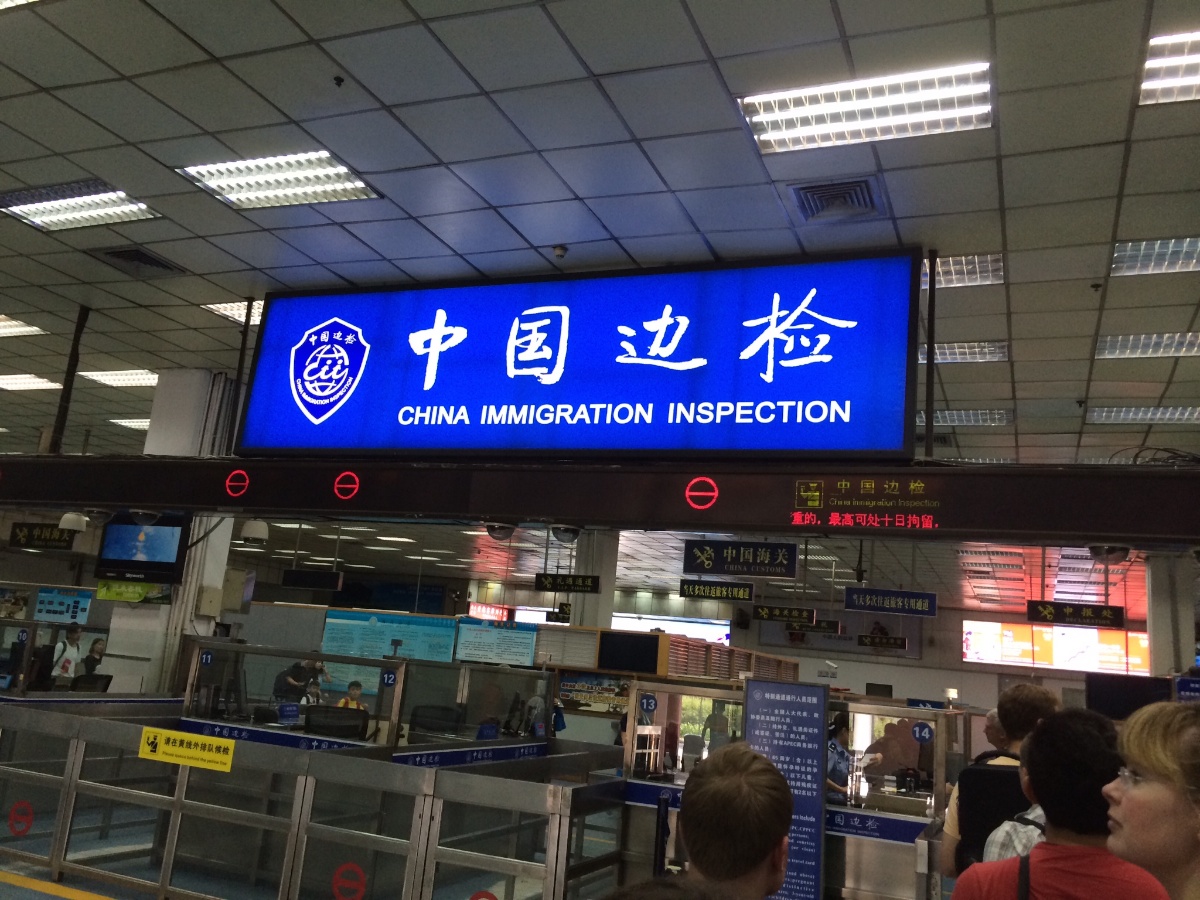 How was China different from what we’d experienced so far? For starters, the food was different. I mean, they have GREEN CUCUMBER flavored potato chips, as if they don’t seem to realize that CUCUMBERS ARE THE YUCKIEST FOOD THAT EVER WAS. (Other food in Shenzhen, it turned out, was delicious. Stay tuned.) 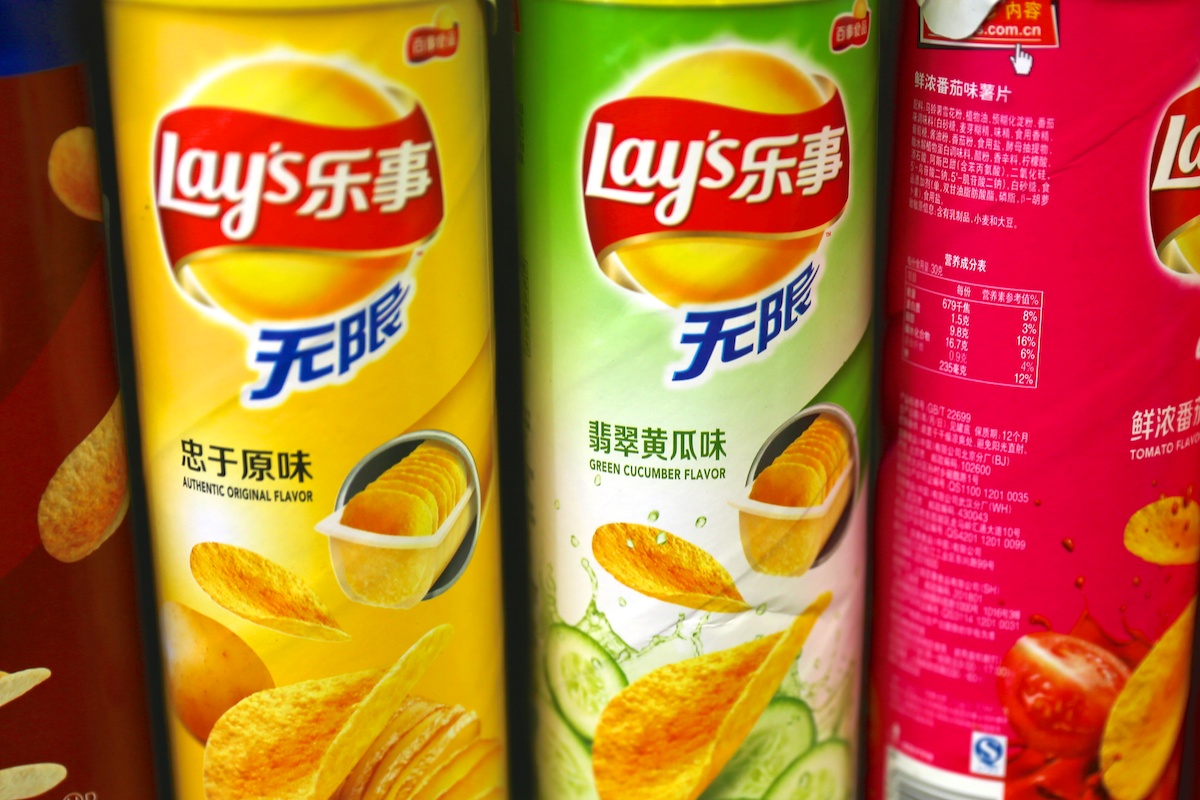 The concert was at the Xi Xiang Music Valley Cultural Center. It is in the valley of music – in THE TOWN OF WIND MUSIC! Why doesn’t America have a wind music town??? (Jerry Junkin for Mayor!)

So our busses pull up to the cultural center, and there were all of these kids on the stairs, clapping in rhythm and chanting to welcome us. I’m afraid I have no snarky comment about this because it was a lovely moment. 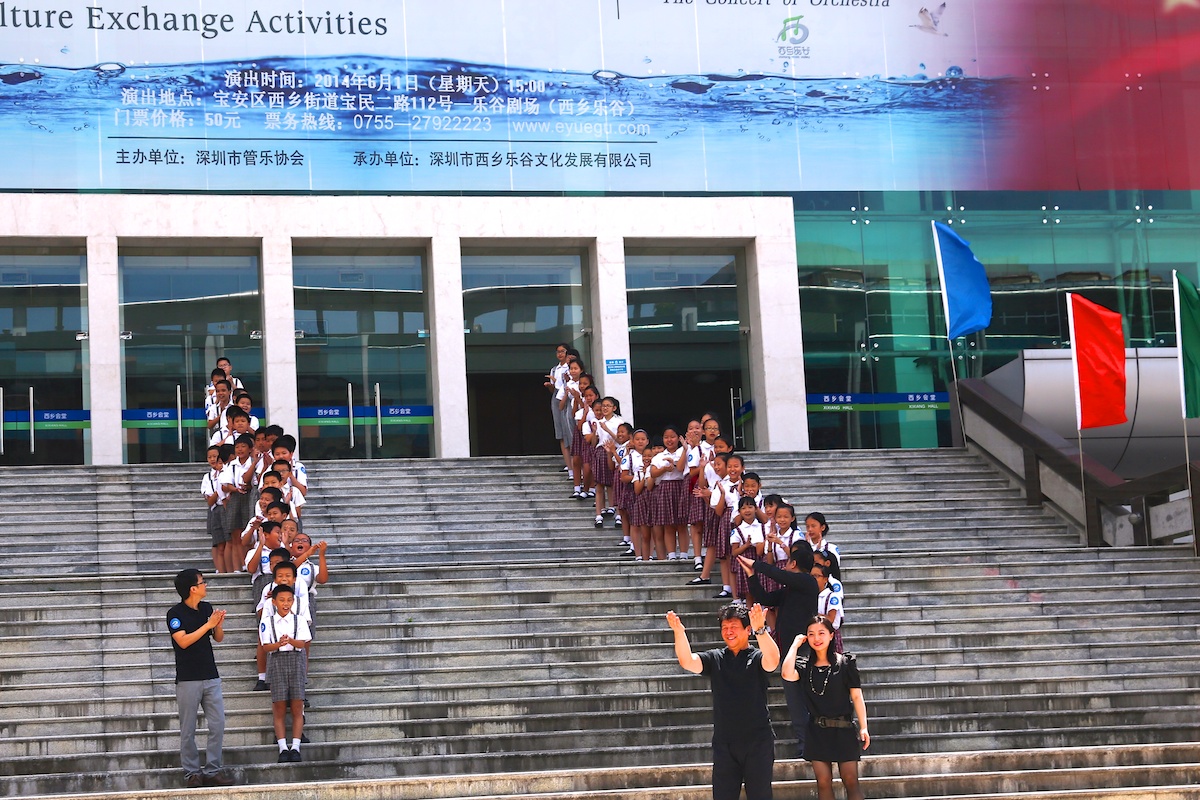 I mean, they were so excited – and so adorable. 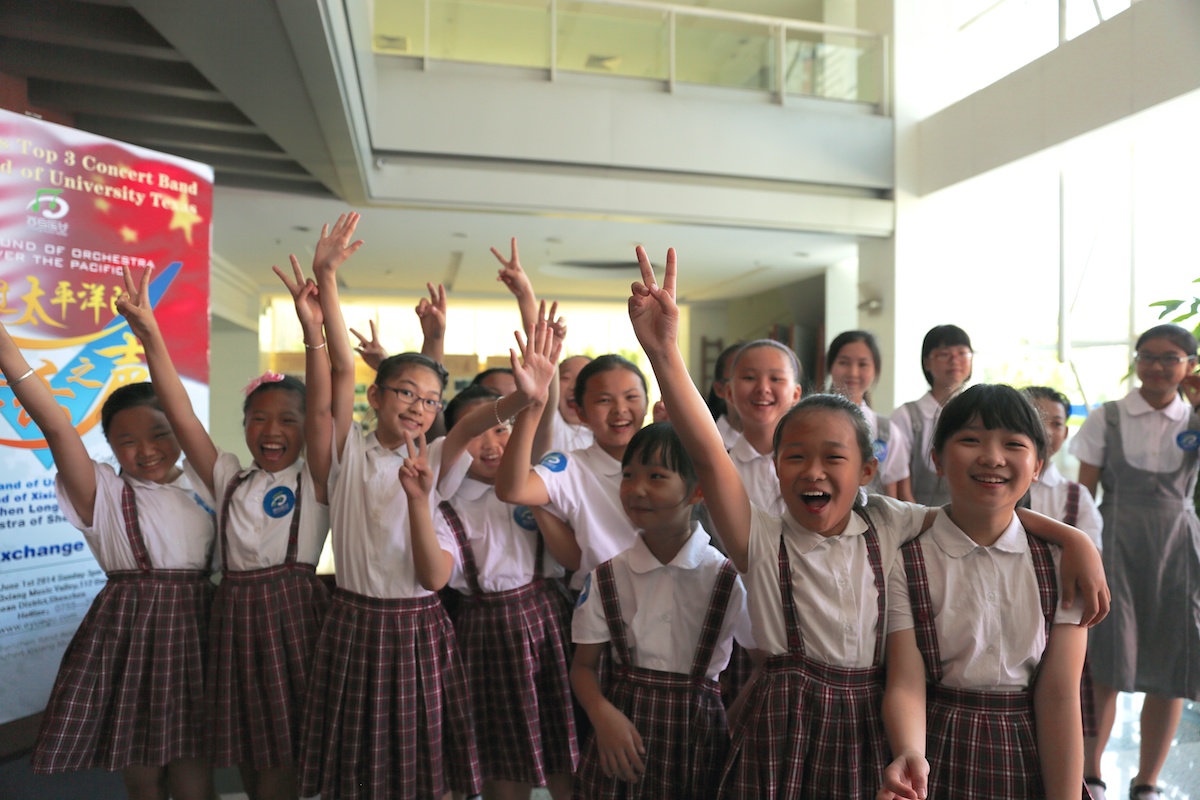 A banner in the lobby welcomed the UT Wind Ensemble, recognizing their status as a top-3 concert band. (Who the hell are numbers two and three?) 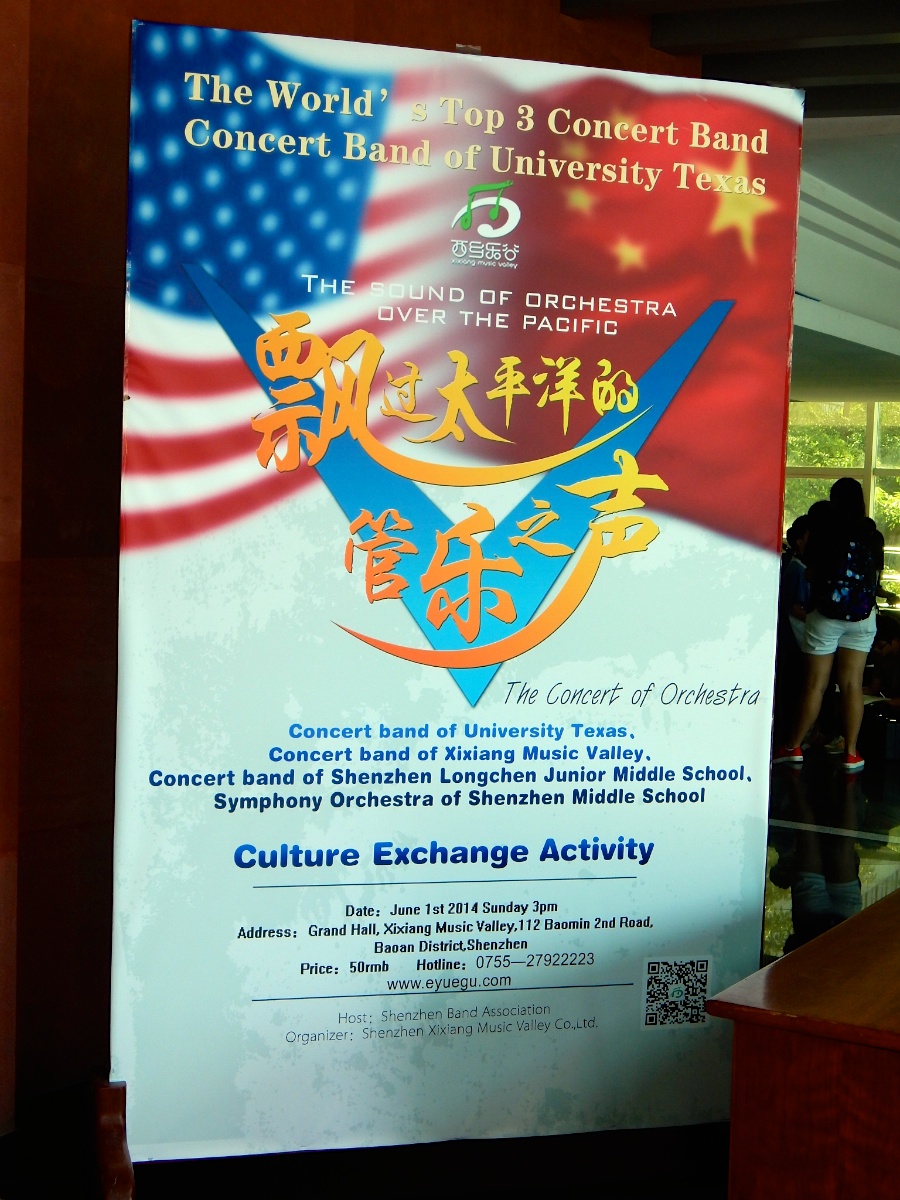 The afternoon started with masterclasses, where the UT students worked with students from the area bands. 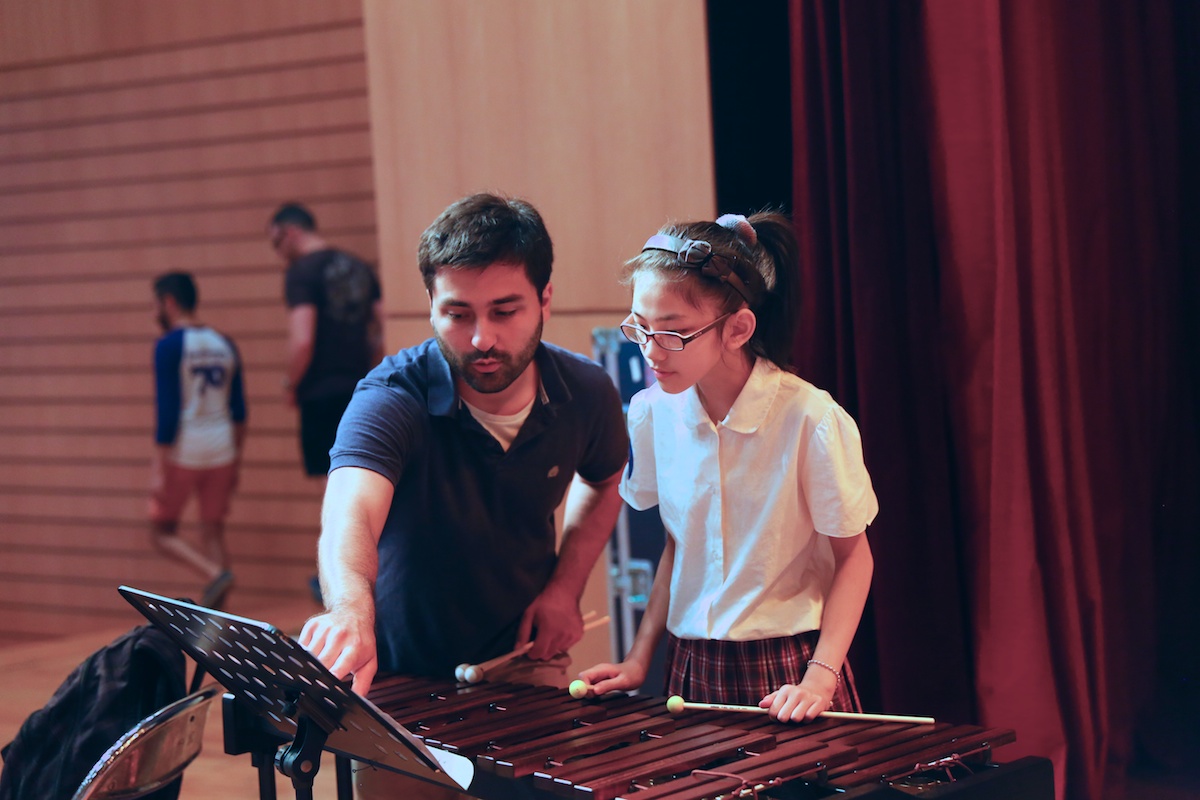 This picture really captures the joy of the entire experience. 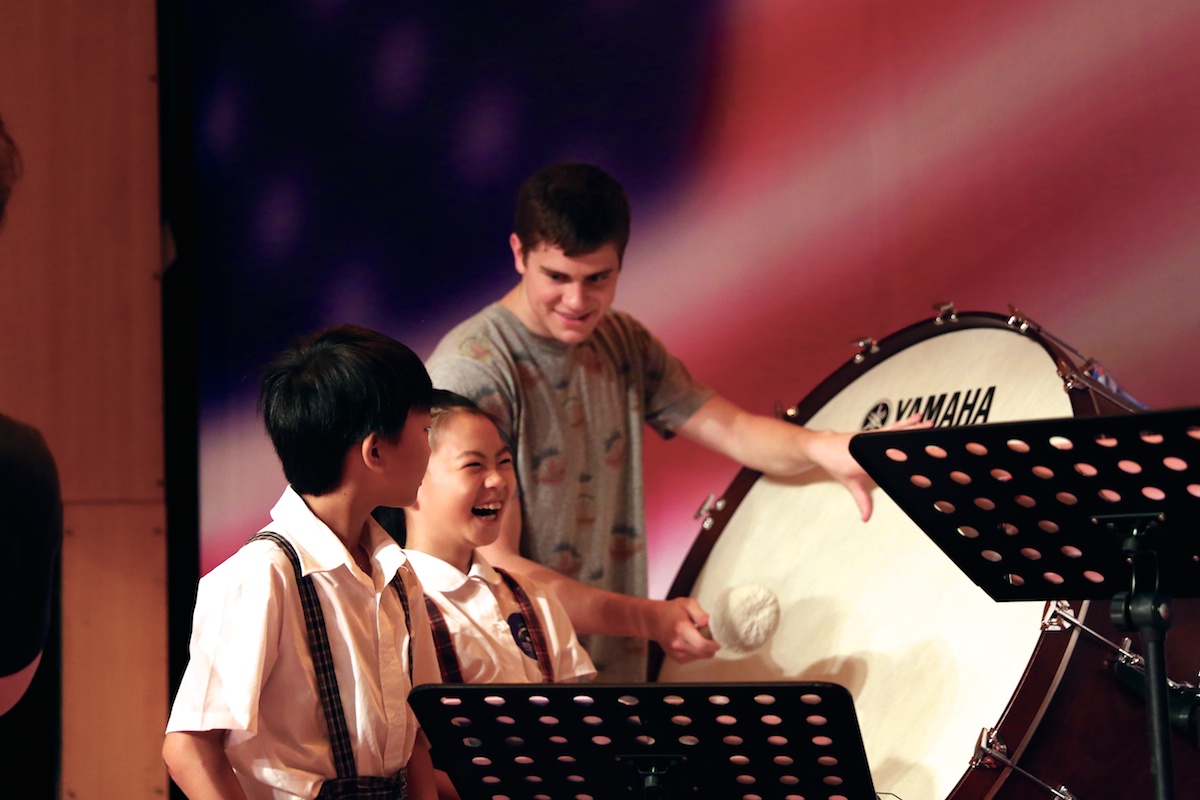 I’ll say one thing about southern China in June: it is hot. This kid had the right idea with those shorts. (I also love that he’s smaller than his horn.) 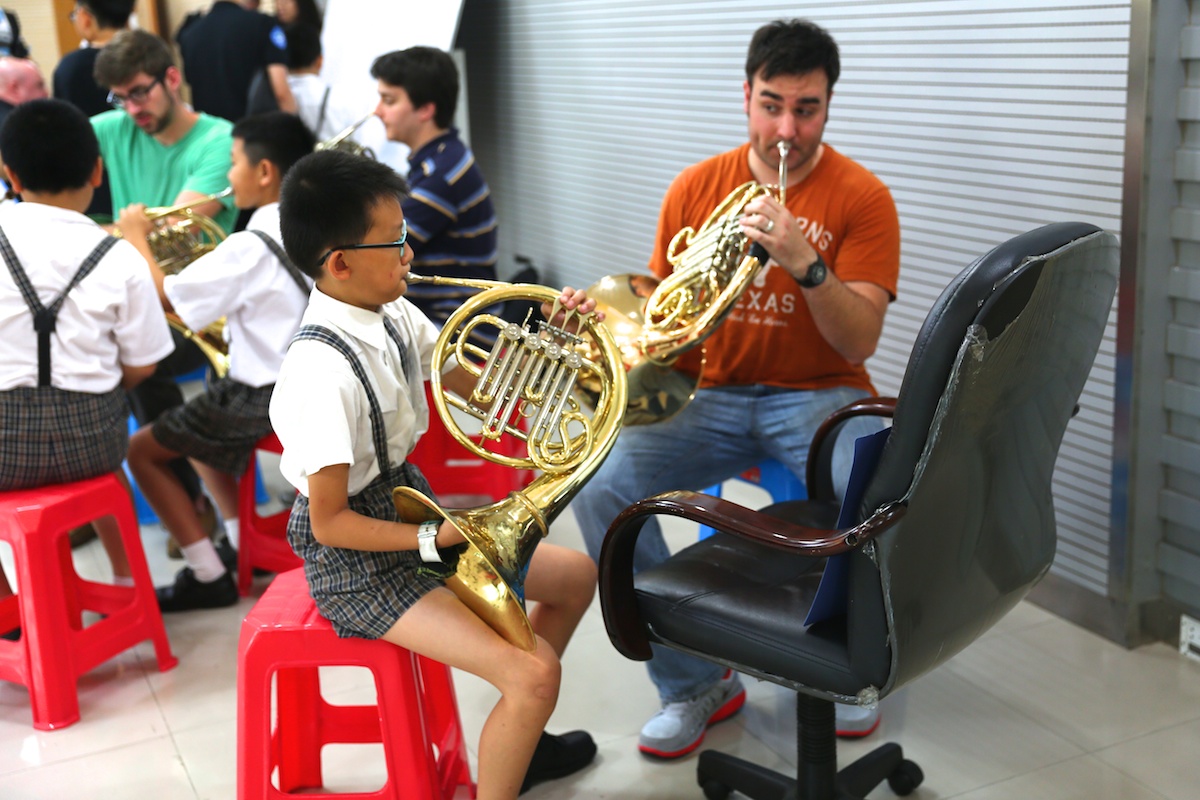 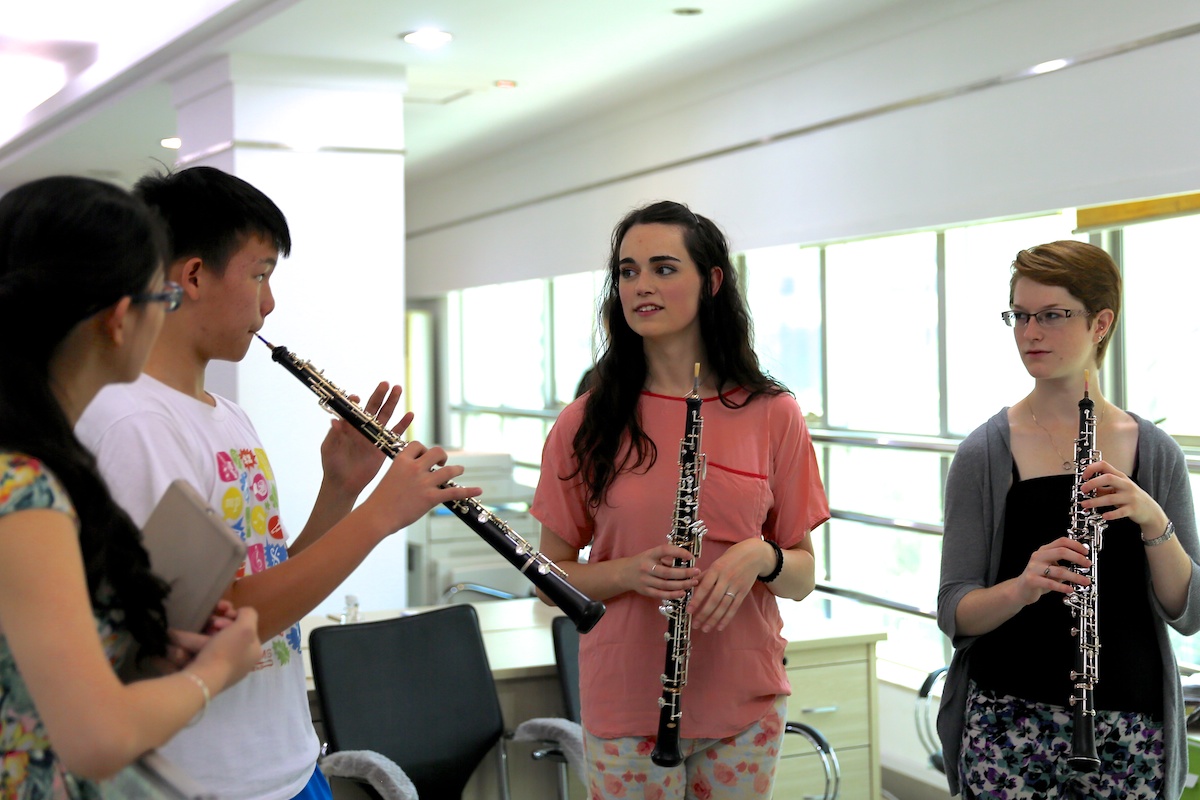 But what brings on smiles more than a bass drum? (The kid on the left was later spotted wearing his tambourine as a hat, which I’m now going to require in my next piece.) 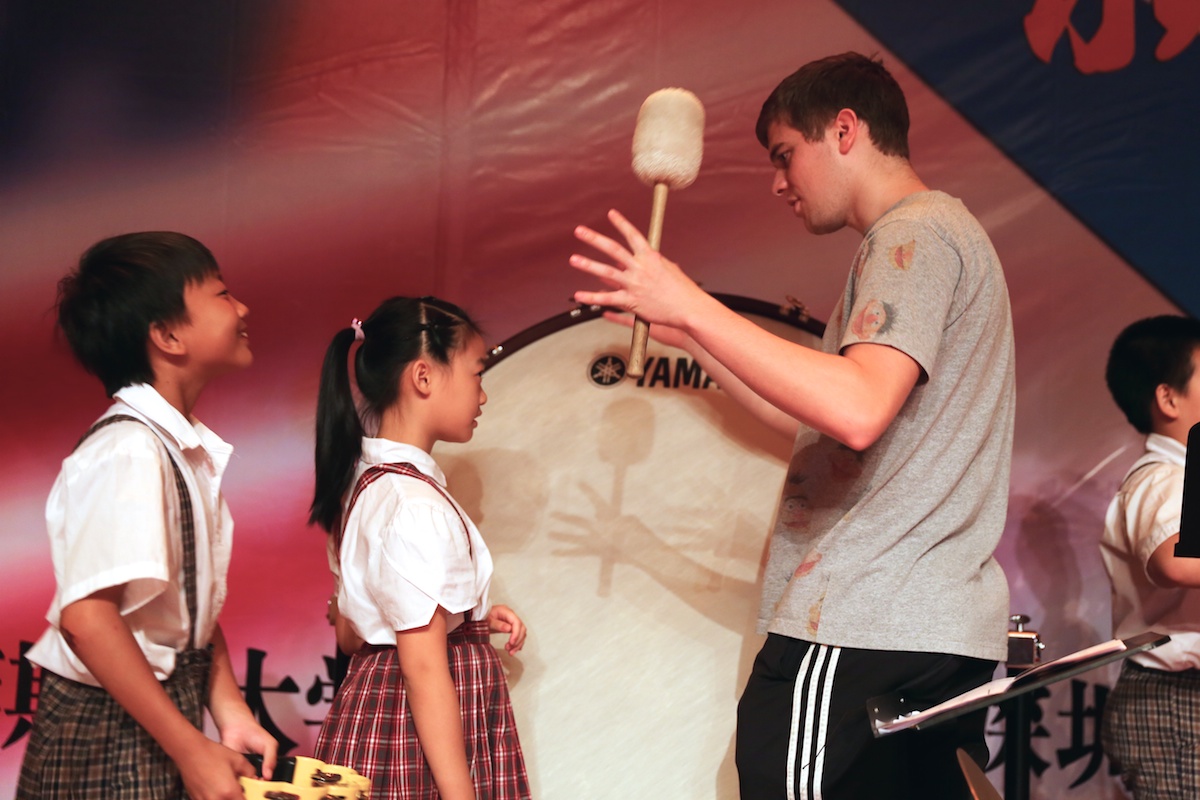 It was almost concert time! China is a culture where smoking is pretty common, so this sign hanging inside the concert hall was actually somewhat necessary. I want this sign for inside of our house. 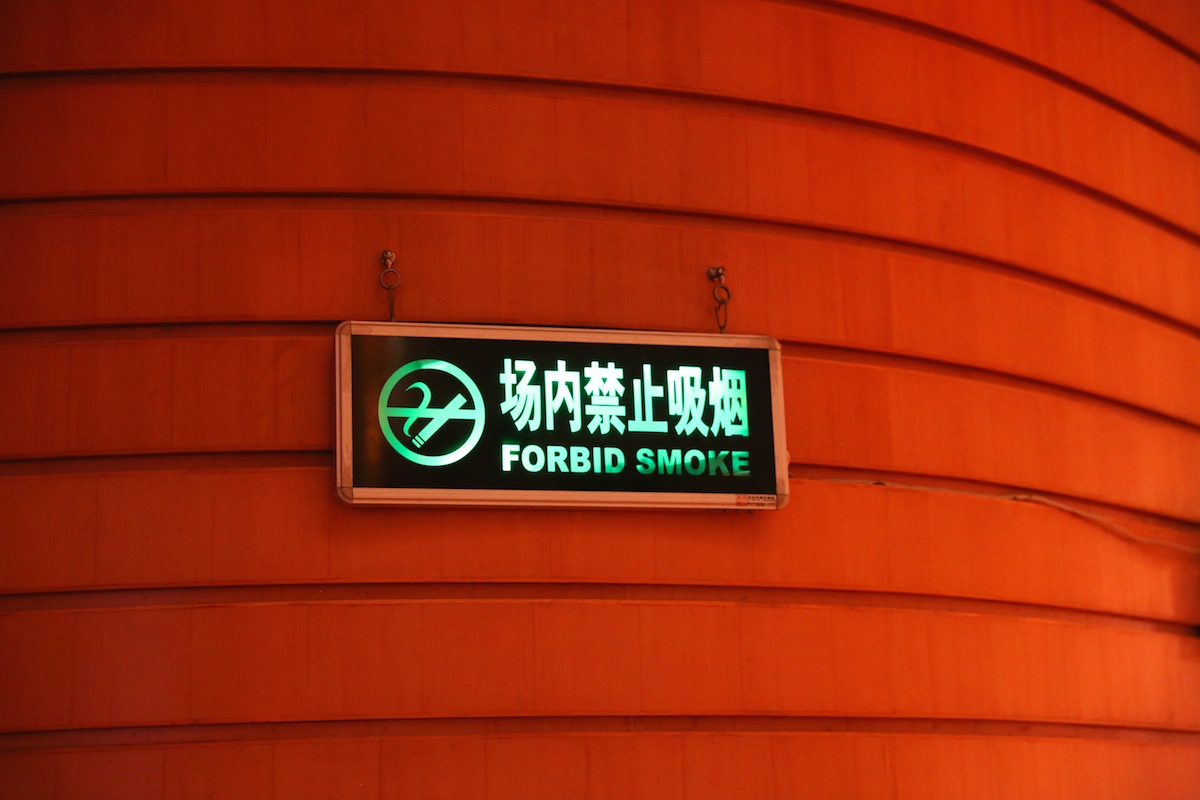 When concert attendees arrived, they received programs and flags for both China and the US. 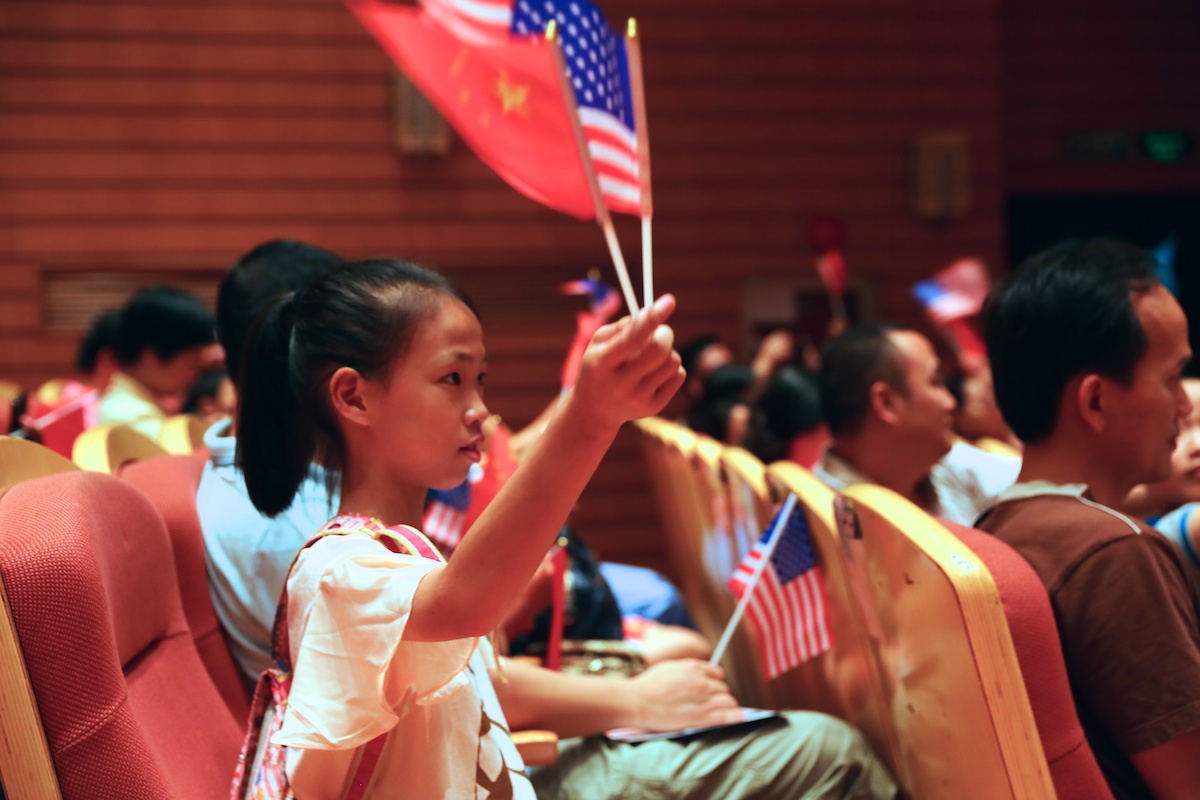 The crowd — standing-room by the time the concert started — was pretty excited to see the UT Wind Ensemble. The concert even had two emcees – one speaking Chinese, the other (the woman in the super sparkly gown) translating to English. 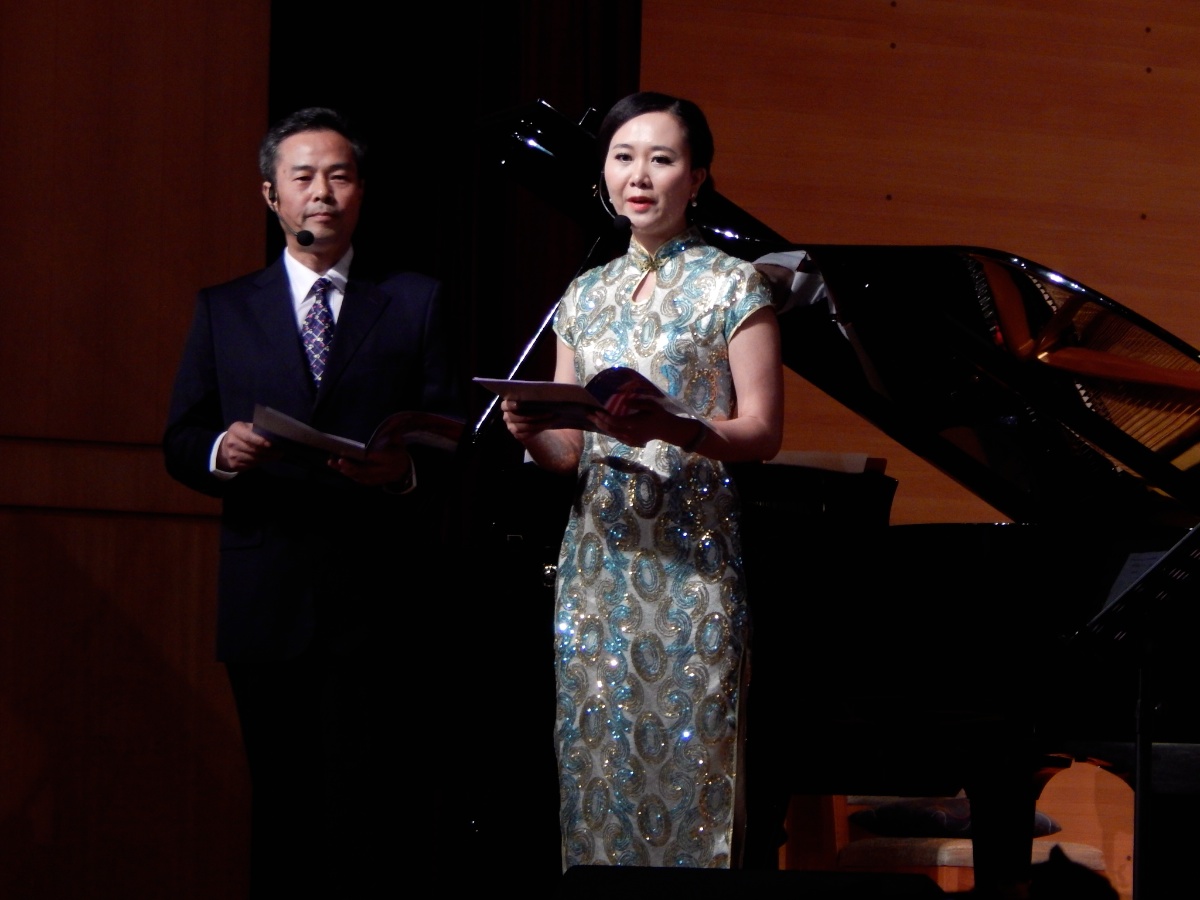 There were dozens of people filming the concert with their phones. As one UT musician said after the concert, “if China had YouTube, we’d all be famous!” Here, an audience member films Nathan Williams – the UT clarinet professor – during his wonderful performance of Frank Ticheli’s clarinet concerto. 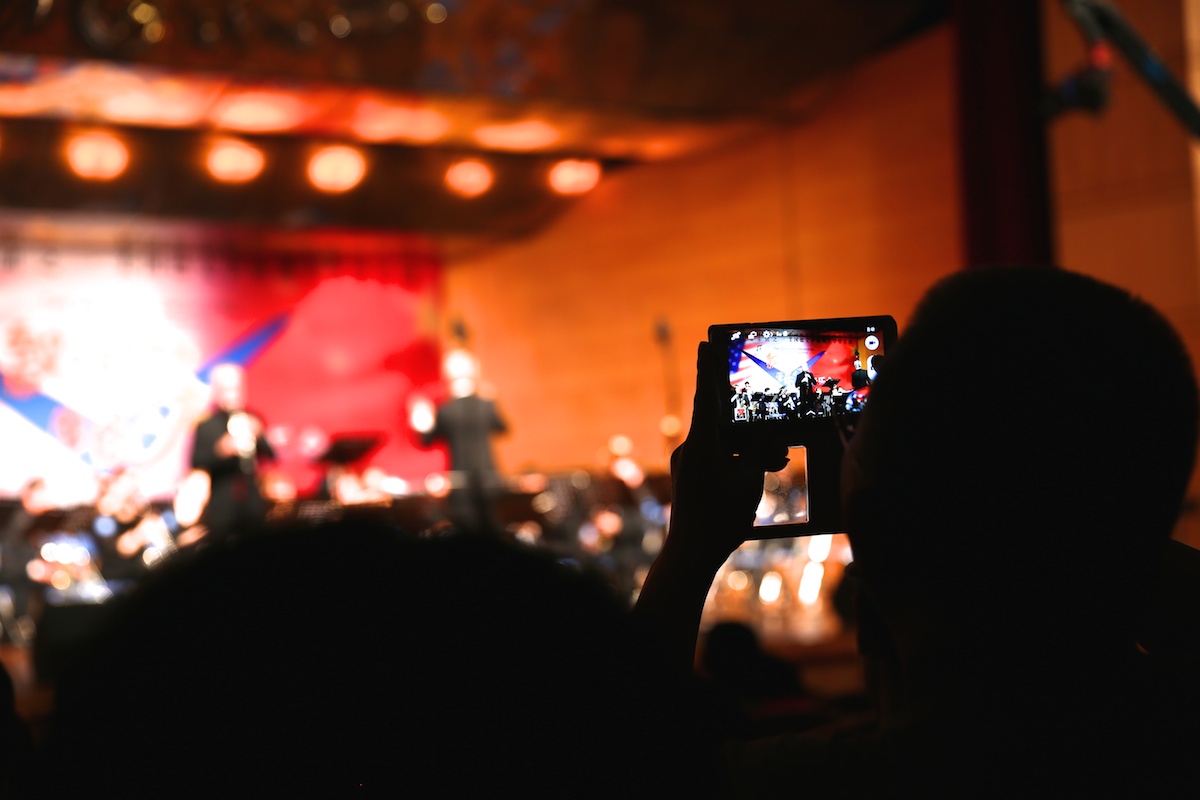 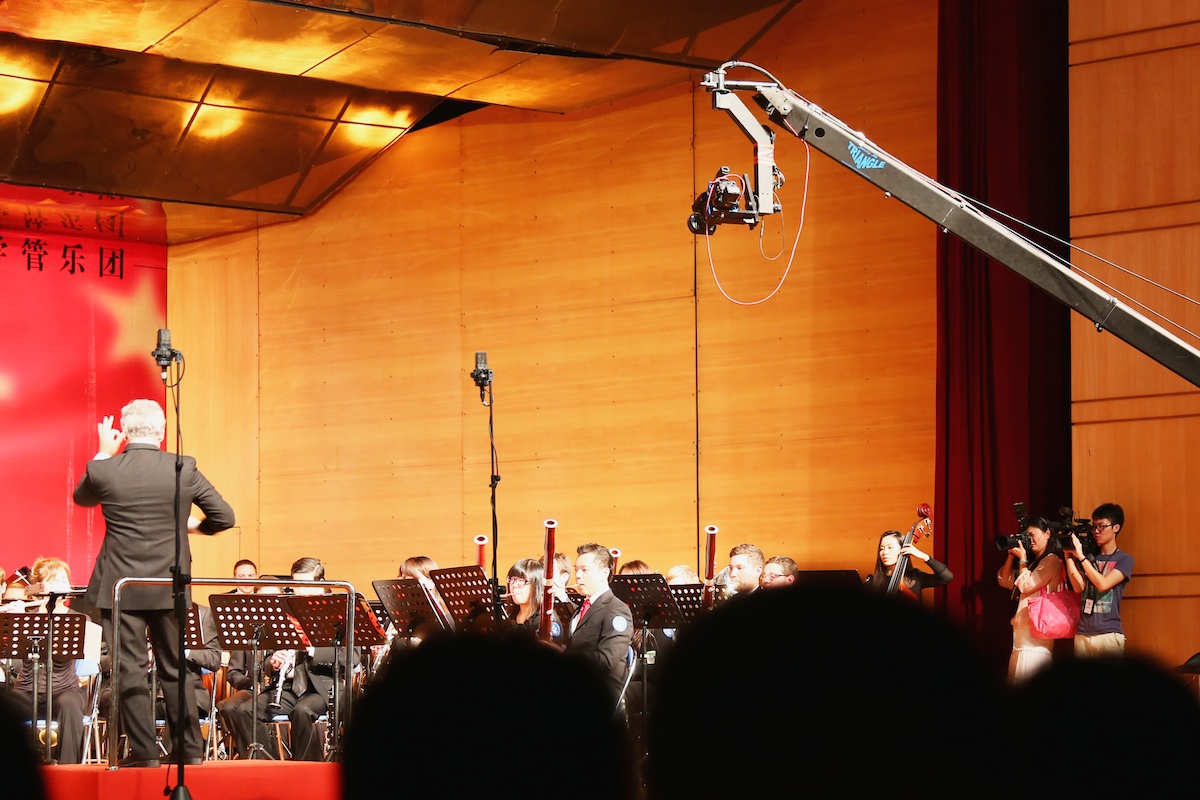 The performance of “Wine-Dark Sea” was the most energetic yet. Like, blow the roof off the joint energetic. 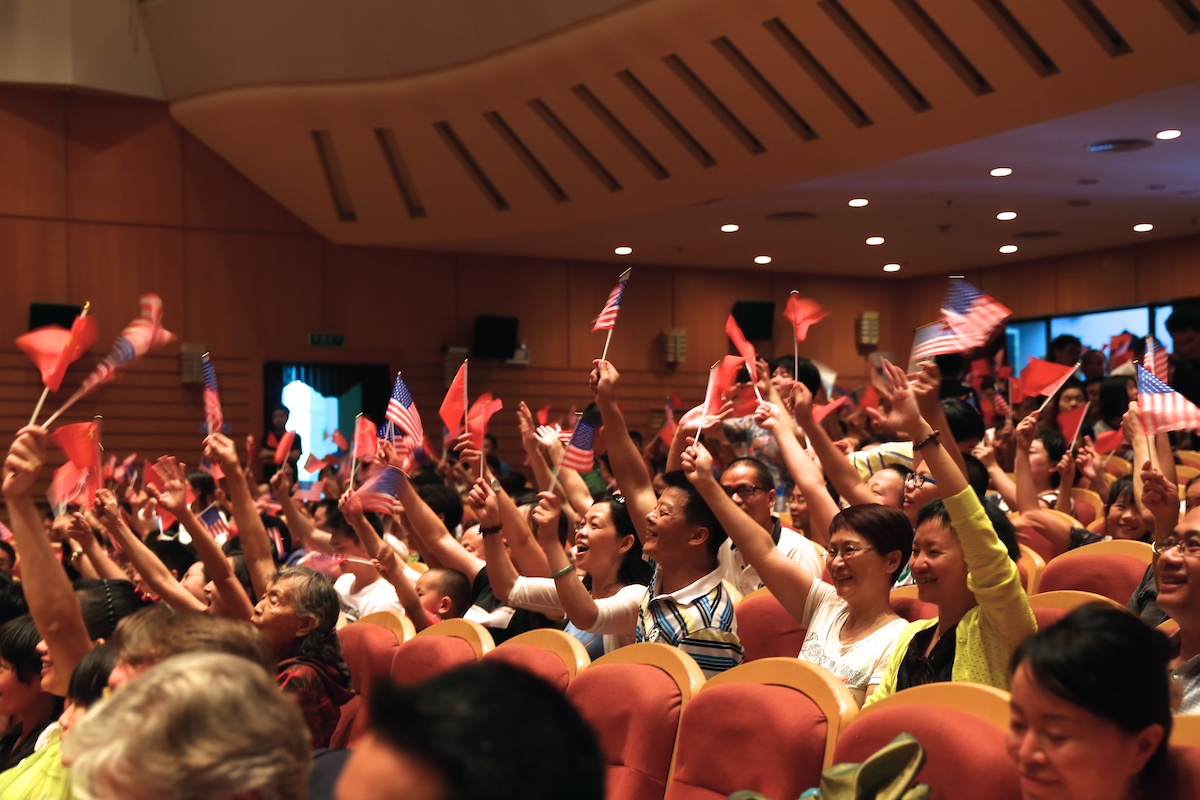 The encores followed, and in a first, Nathan Williams joined the clarinet section. (He’s the clarinetist with a beard.) 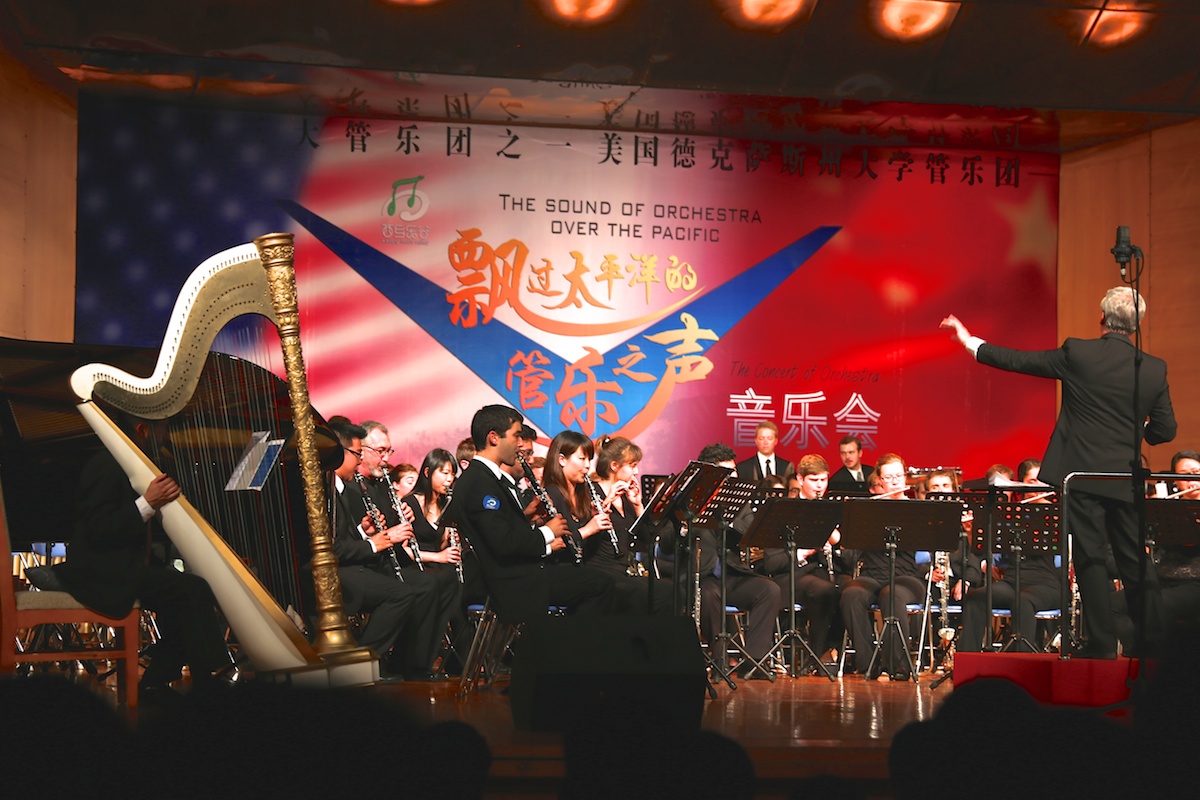 One of the encores was “The Stars and Stripes Forever” (of course). Jerry Junkin spontaneously — shortly before the “piccolo break” — went out into the audience and invited a kid up on stage to help him conduct. It was an amazing moment – in a day of beautiful moments. 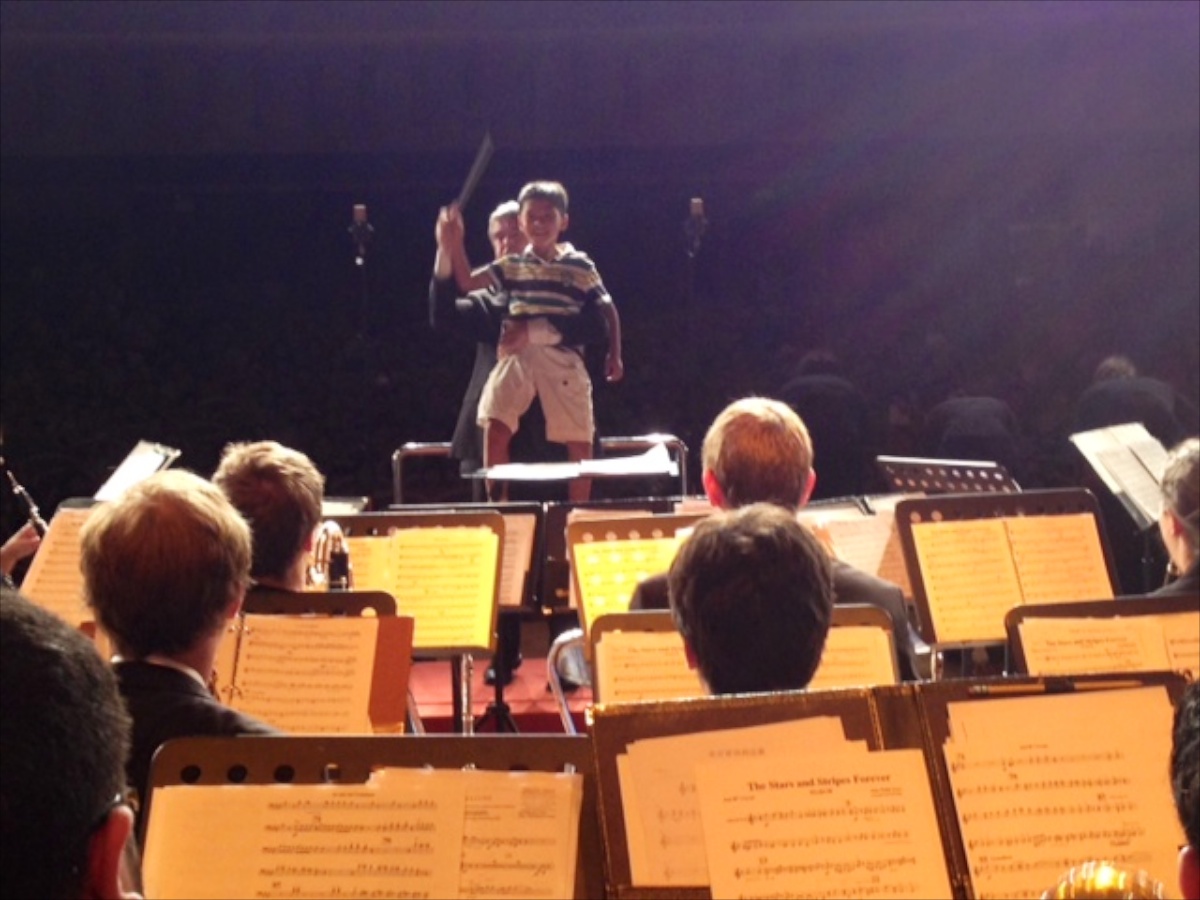 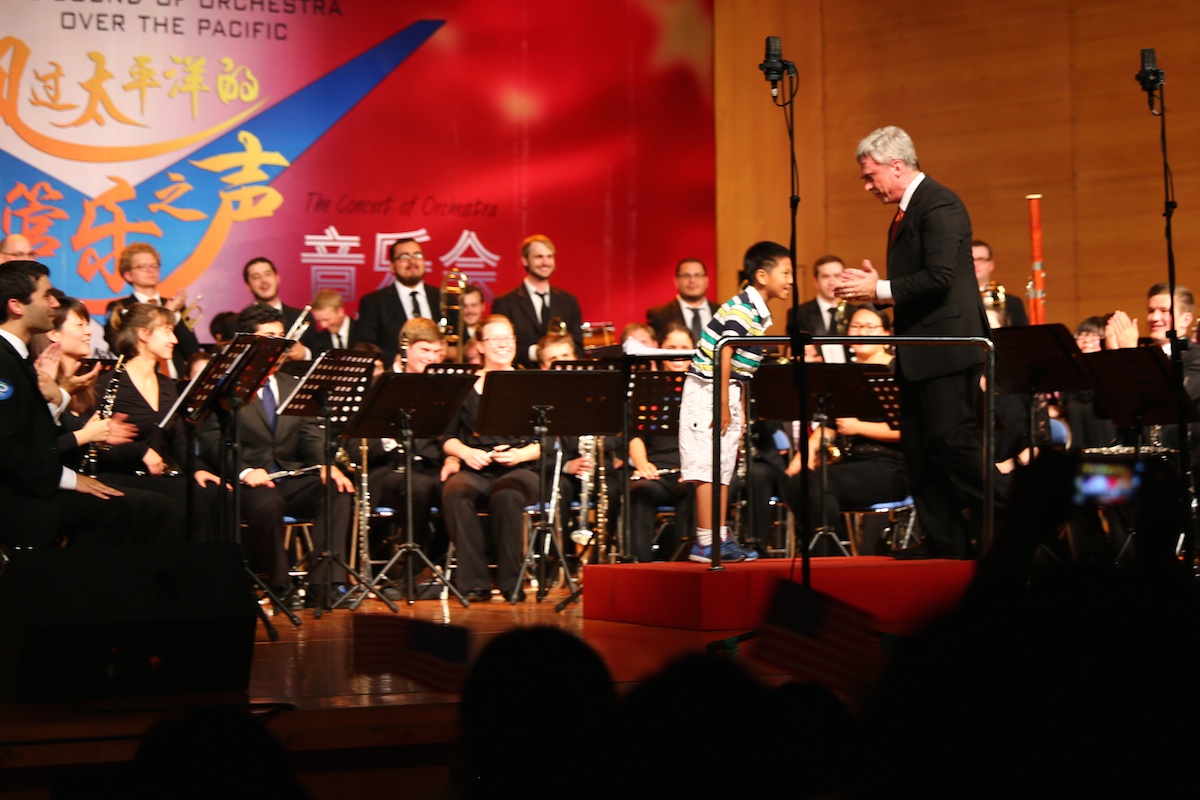 The final encore brought dozens of area young players to the stage for a final joint piece. Here, they all bow together. 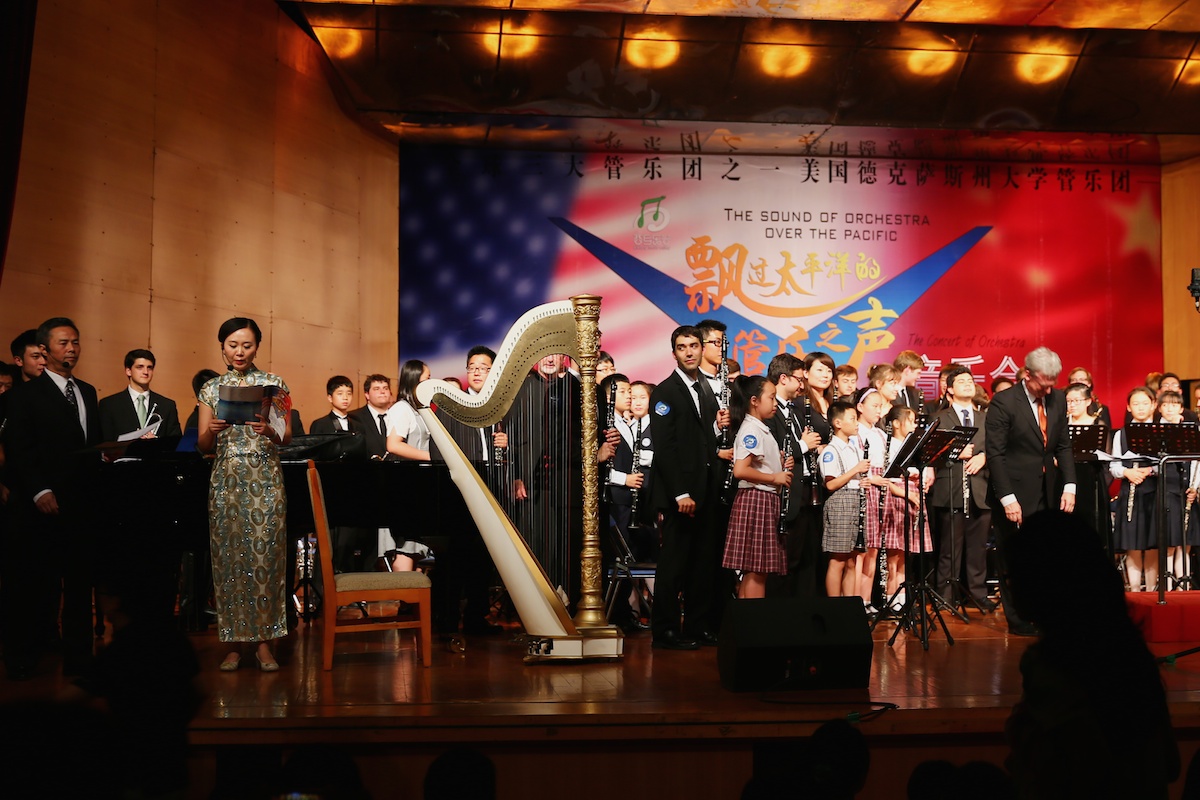 Many curtain calls later, it was time for… Dumpling Party!!! The dumplings were delicious. During the meal, we were treated to performances by area musicians playing traditional Chinese instruments. 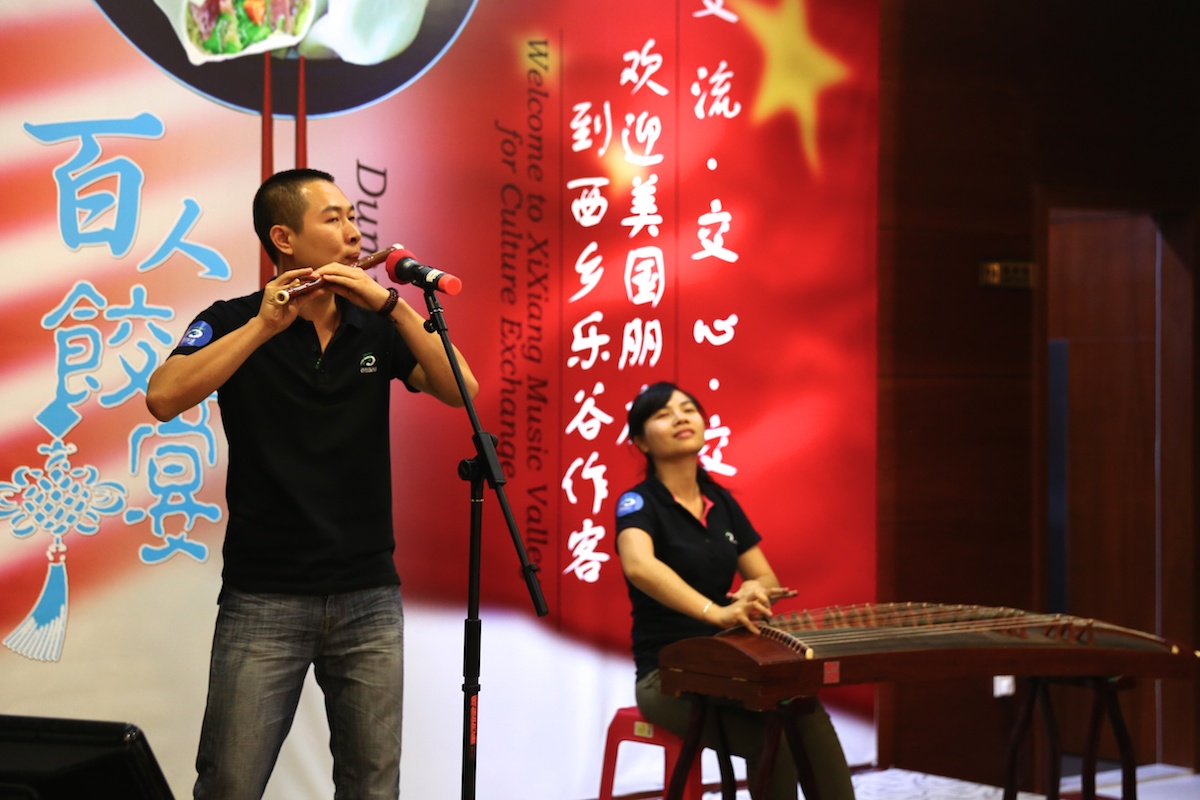 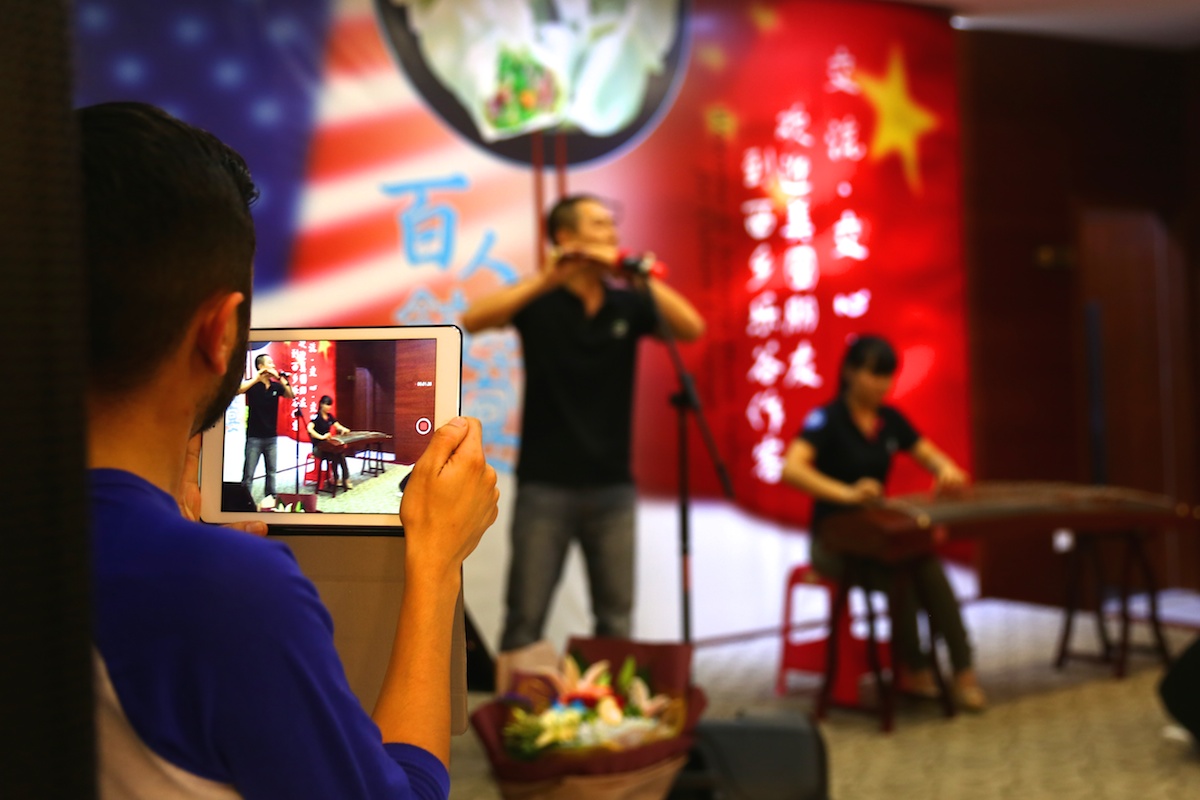 Here, a local woman plays an erhu – an instrument that, before last night, I had only heard played by a 75-year old man on the NYC Times Square subway platform. This was… better. 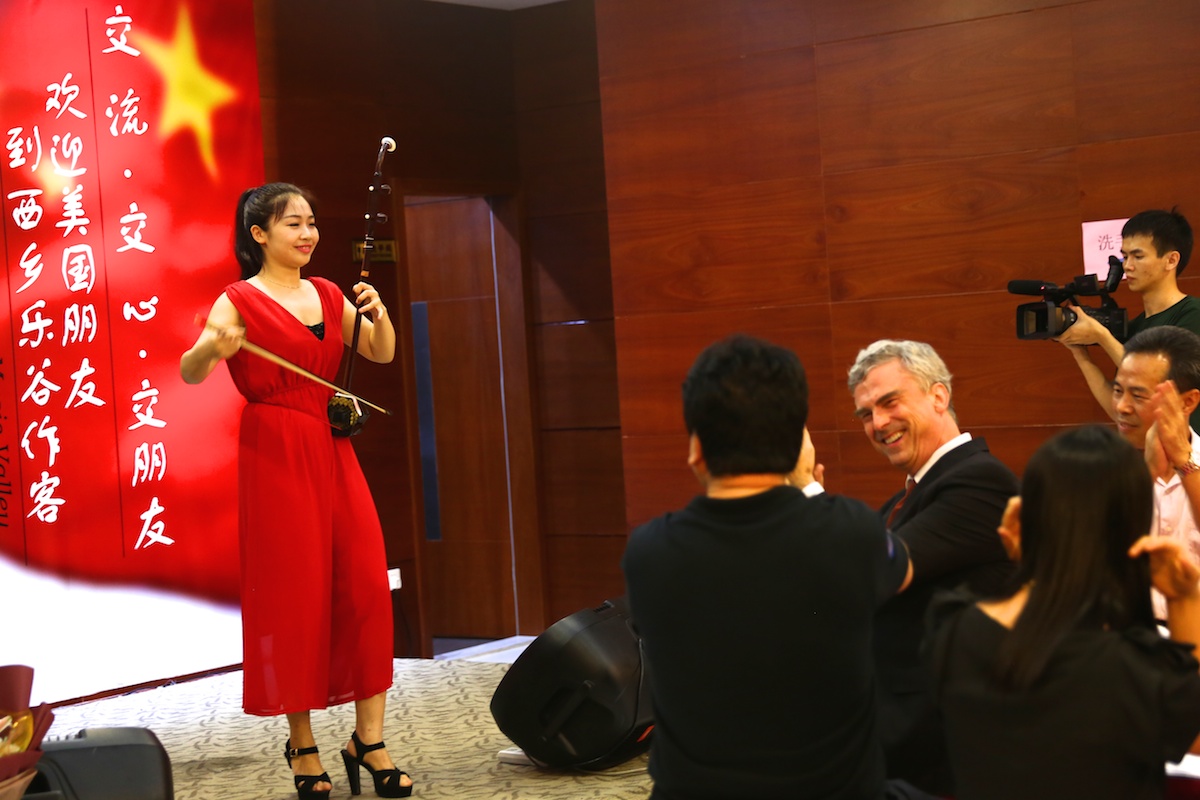 It was a great post-concert party. The beer didn’t hurt. 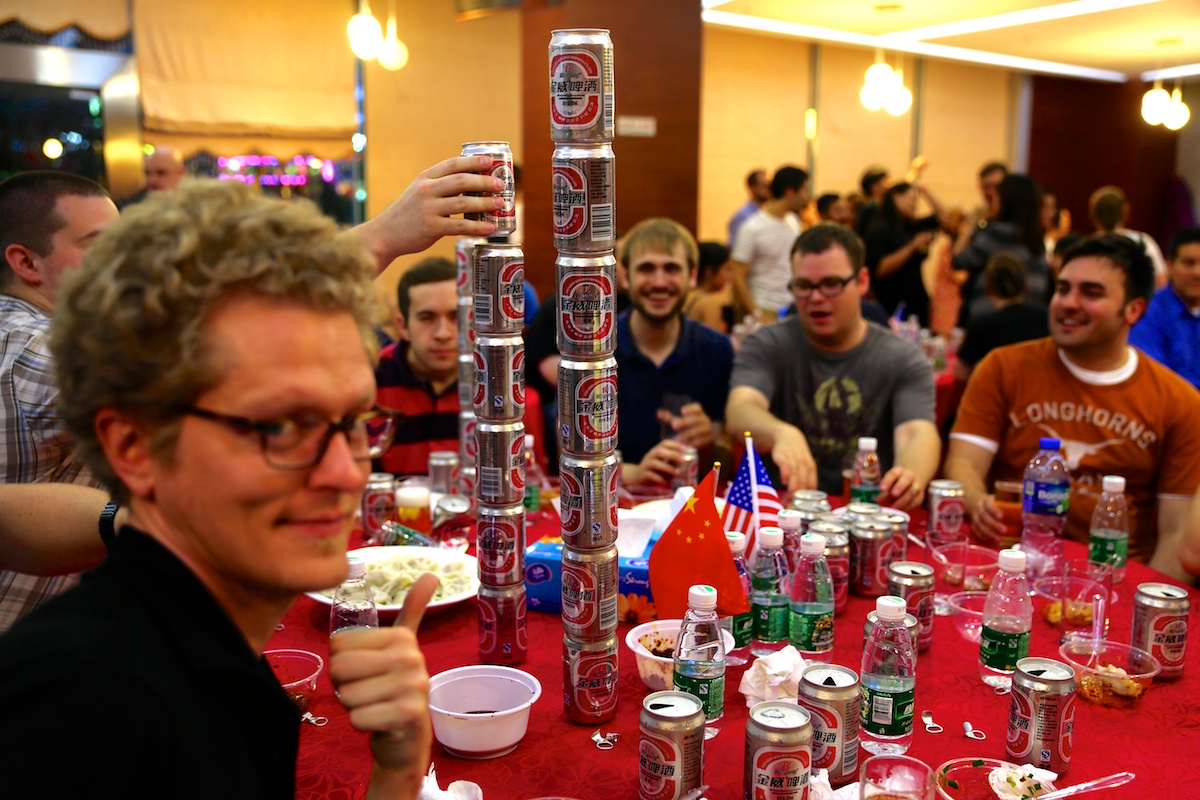 Then it was time for karaoke! Here, flutist Meekyoung Lee and clarinetist Nick Councilor sing “I Will Always Love You.” 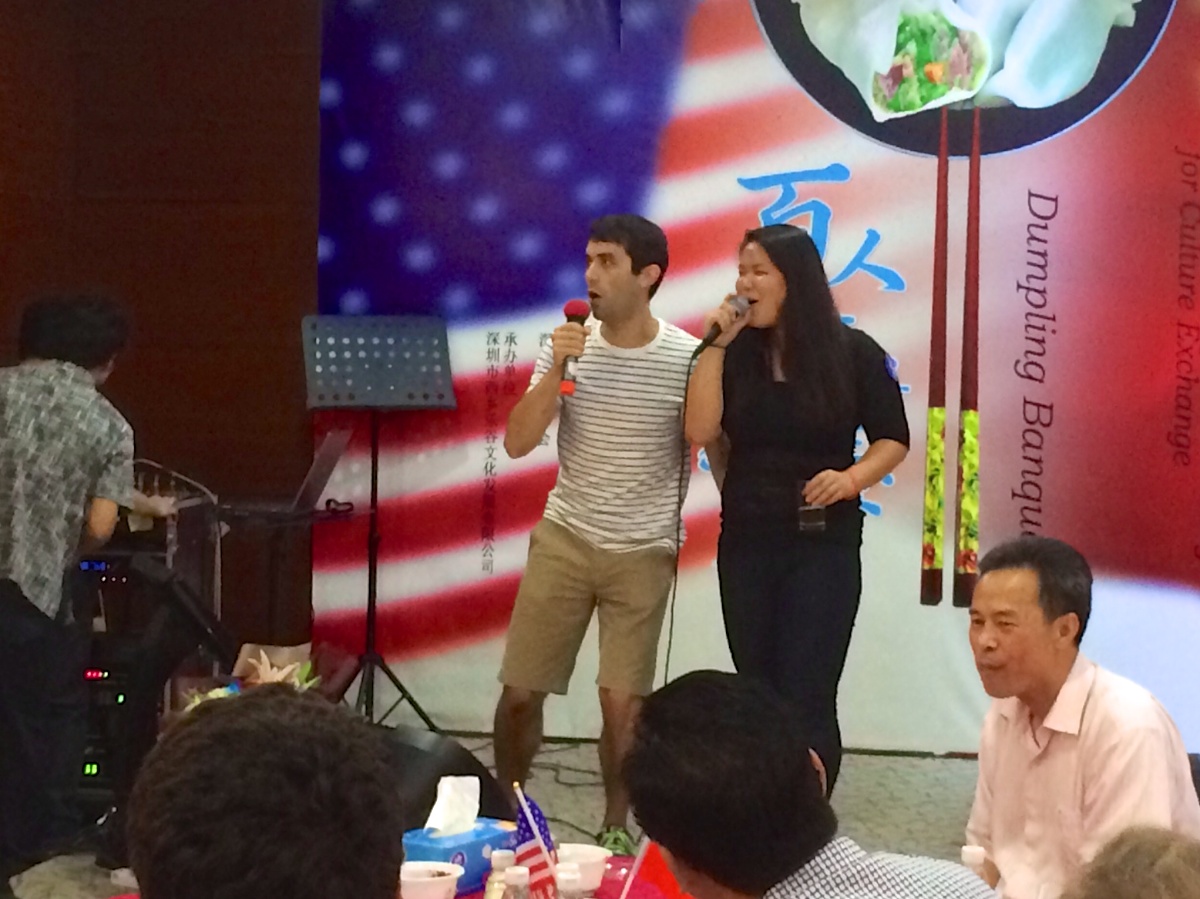 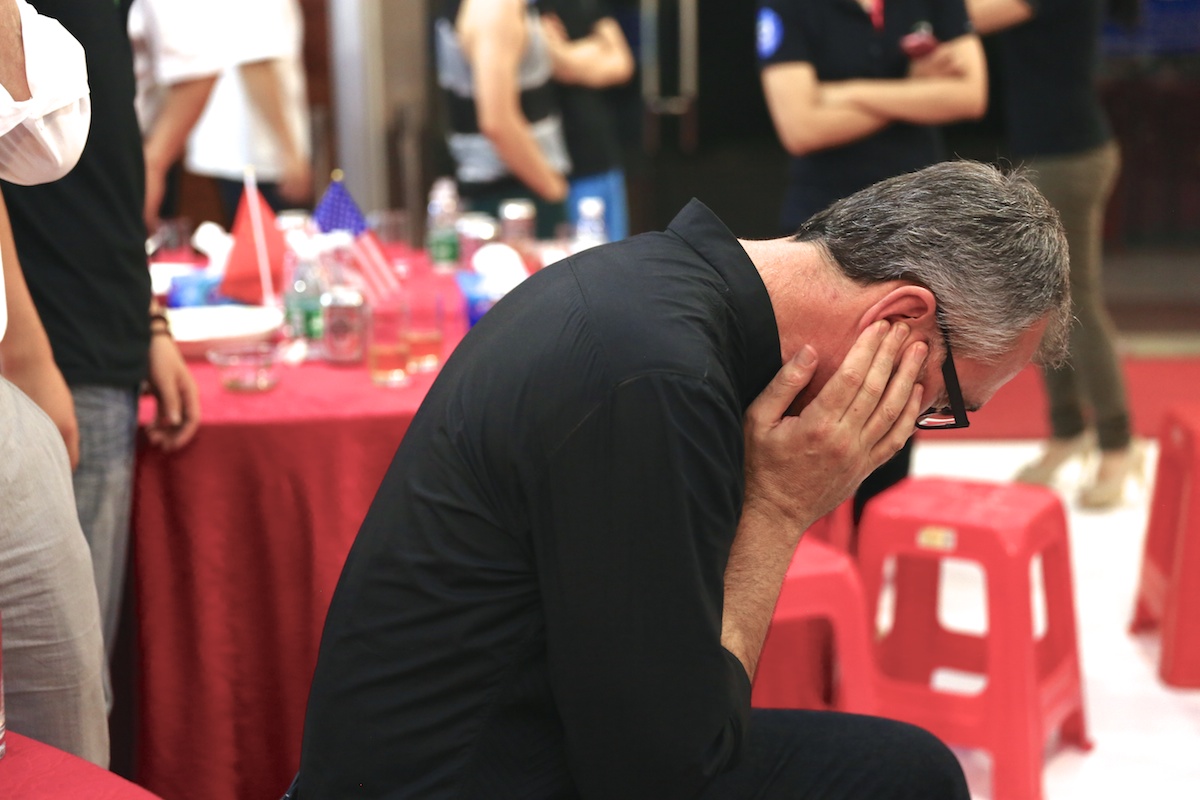 It was a perfect day, from start to finish. I can’t say enough to thank our host, Joseph Cheung. So, we’ll settle for a toast. 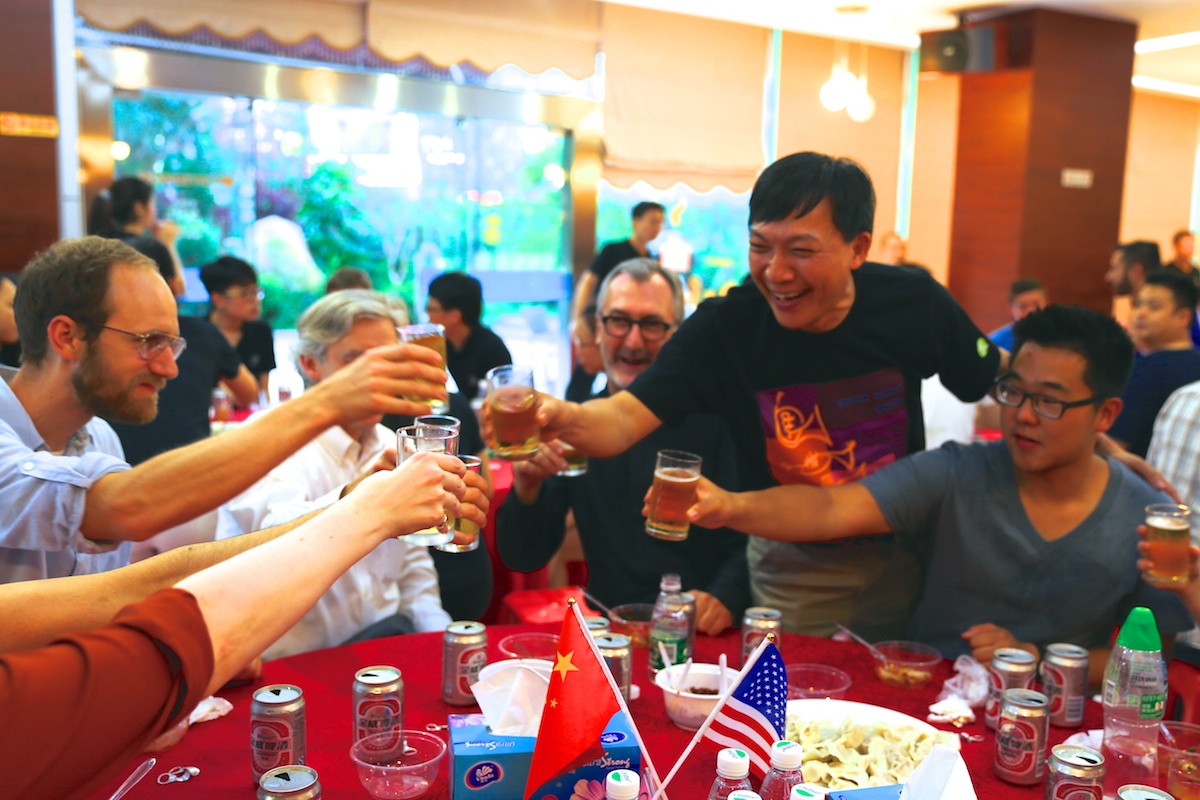 Thank you, Shenzhen, for a wonderful experience. And also, for the beer. 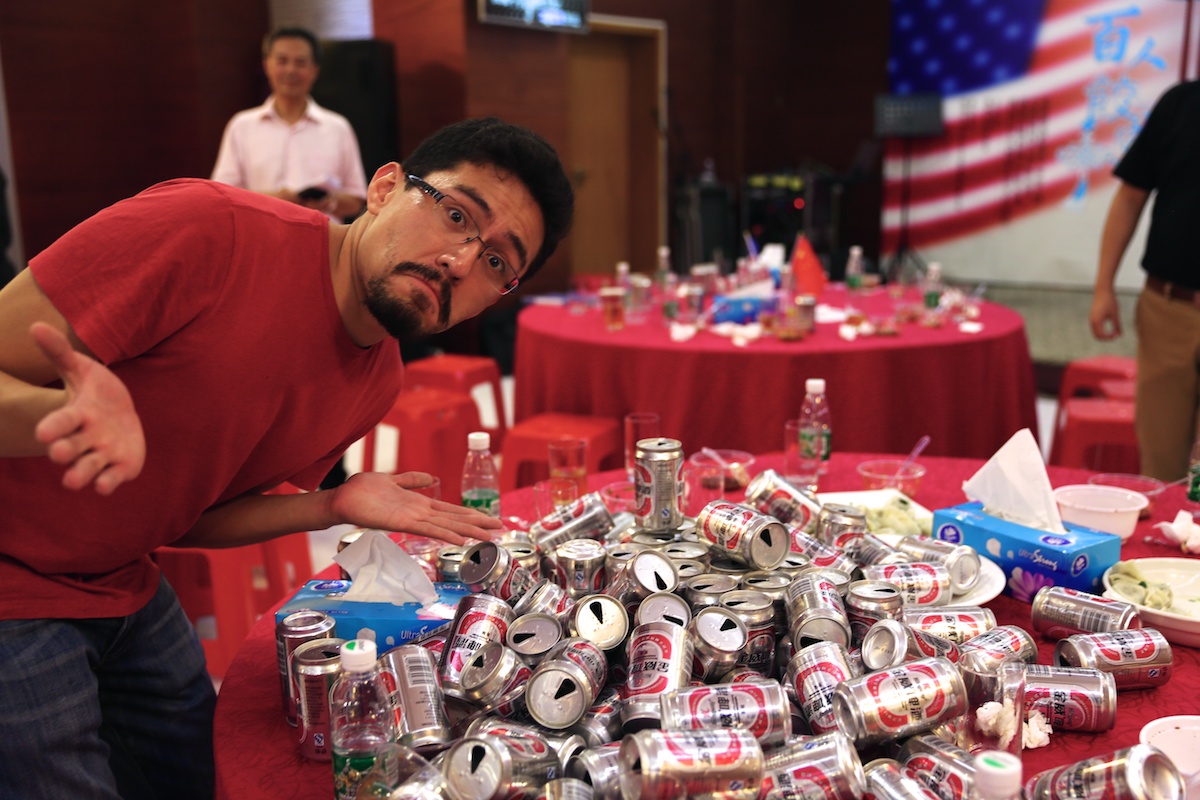