It appears that “Asphalt Cocktail” should come with some kind of warning.  Over the past year, a percussionist at Oklahoma State (you can hear their phenomenal recording here) sliced his thumb open on the sheared metal of the crushed trash can, splattering blood onto his part when he returned to the tambourine to play the last few bars of the piece… 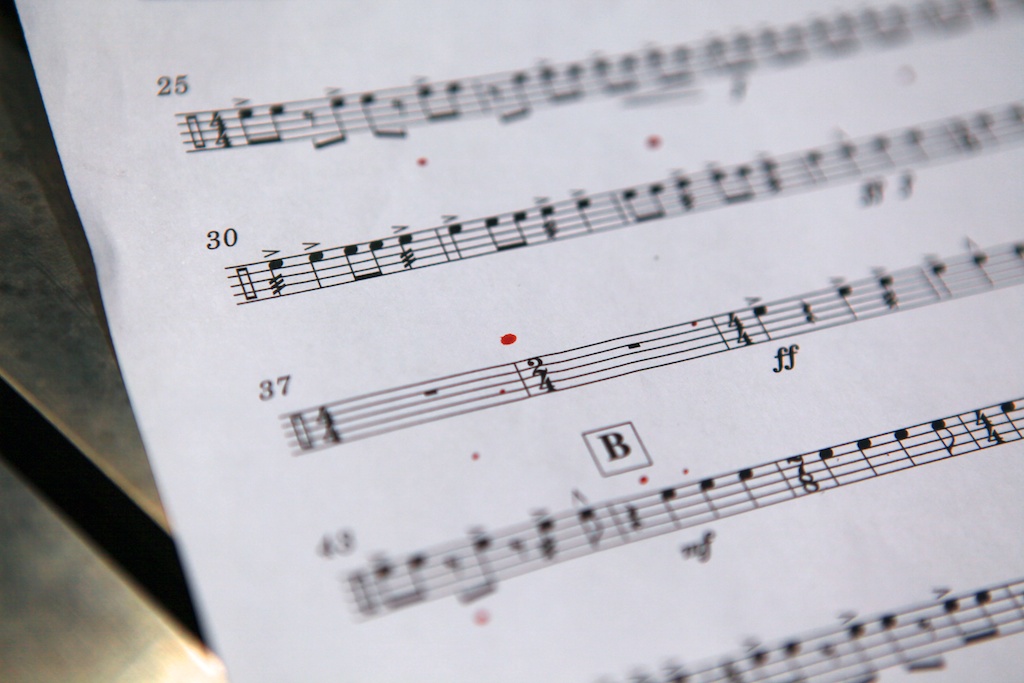 In March, a percussionist playing the same part at Gresham High School nearly broke her pinky during a rehearsal. 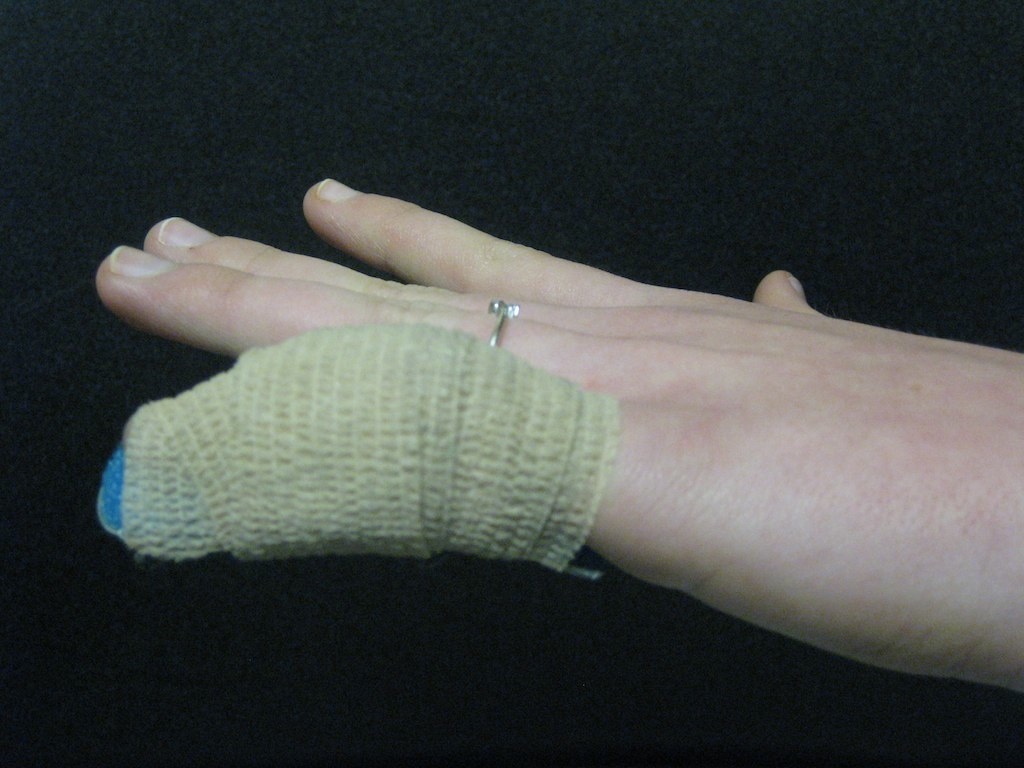 Then there was the picture that Cody Birdwell sent me from the emergency room after he stabbed his fancy graphite baton all the way through his thumb during an Asphalt Cocktail rehearsal. 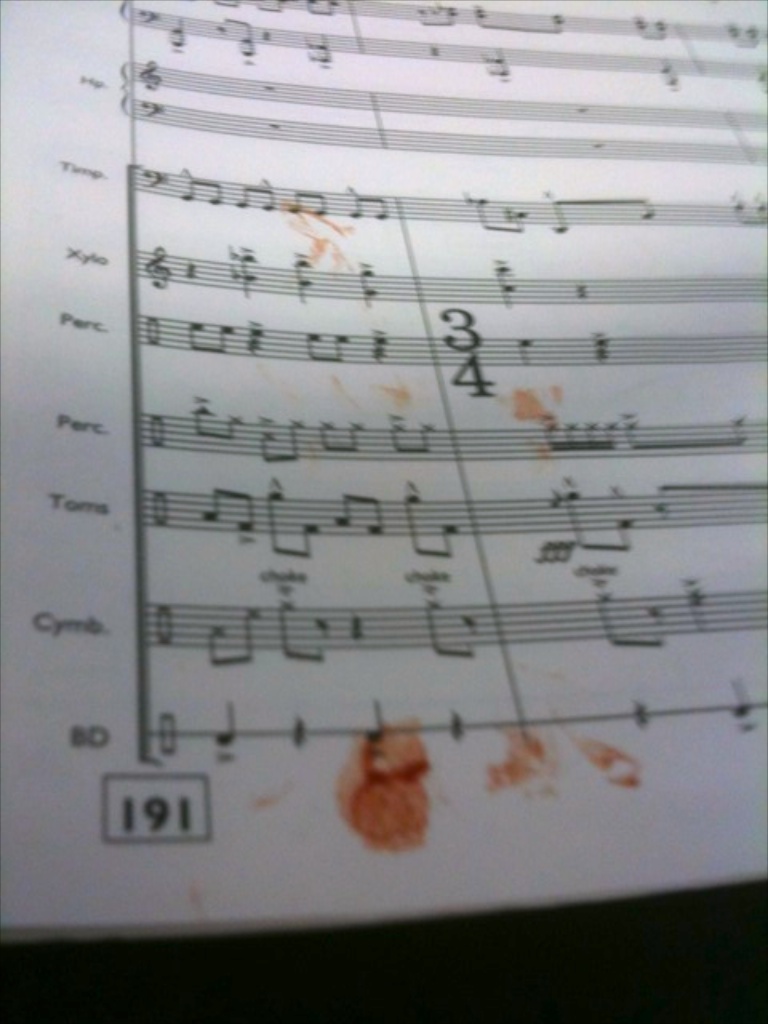 The cake, though, goes to Daniel Pritchett, the conductor of the band at Valparaiso High School in Indiana. After their performance a few weeks ago, Dan sent me this note…

The students will remember that piece all of their lives. And so will I, as my pacemaker/defibrillator went off during the piece on our two local concerts!! I was in the hospital Wed. night and Thursday of last week trying to get my heart regulated.

He’s not joking. The piece nearly gave the man a heart attack.

I don’t know whether to be impressed, flattered, or horrified. I think I’m going to start including a liability waiver with the rental agreement, though.

Nearly gave the man a heart attack? A buddy of mine wants to write a DCI piece that's sole intention is to send a couple of people home in ambulances due to heart attacks. And I think it just shows the awesome of the piece.

Well done. I say be flattered, but add a disclaimer absolving yourself of responsibility anyway.

Congrats! Now if we could get people to read ToS's more often.......

When I played it, one of the lids came off of the cocktail shakers somehow, and a bolt flew into the corner of my eye. I had to wear an eye patch for nearly a month, and my vision in that eye went from 20/20, 20/60. It was all totally worth it though.

As a designer, band director's wife and not a band member at all, let me just say: that may be the most bad-ass thing I've heard about any piece of music ever, and you should use it to advertise... "Live life on the edge! Play some John Mackey!" :)

This kind of thing makes me want to perform this piece even more. I love an intense percussion part that will drive the band...

or drive the director to a heart attack...

I just heard the Interlochen Arts Academy band perform this piece at Alice Tully Hall on their 50th anniversary tour. They were awesome playing this great piece!