I’ve just posted the recording of my new “grade 3” (moderately easy) concert band piece, “Sheltering Sky,” as recorded by Caroline Beatty and the Texas State University Wind Symphony. The recording is a stunner. When I wrote the piece, I only heard the MIDI, and a slow piece — one that should contain a lot of natural rubato — sounds pretty awful as MIDI. Caroline made it sound like real music — not “young band” music. I love her recording (you can hear it on the “Sheltering Sky” media page), and I can’t thank her and her students enough for the time and work they put into making this recording.

Aw, hell, let me just embed the recording here, so you can listen while you read the post…

The recording is so good, though, it makes it hard to believe that the piece is playable by much younger groups — as young as middle school, as the premiere showed… 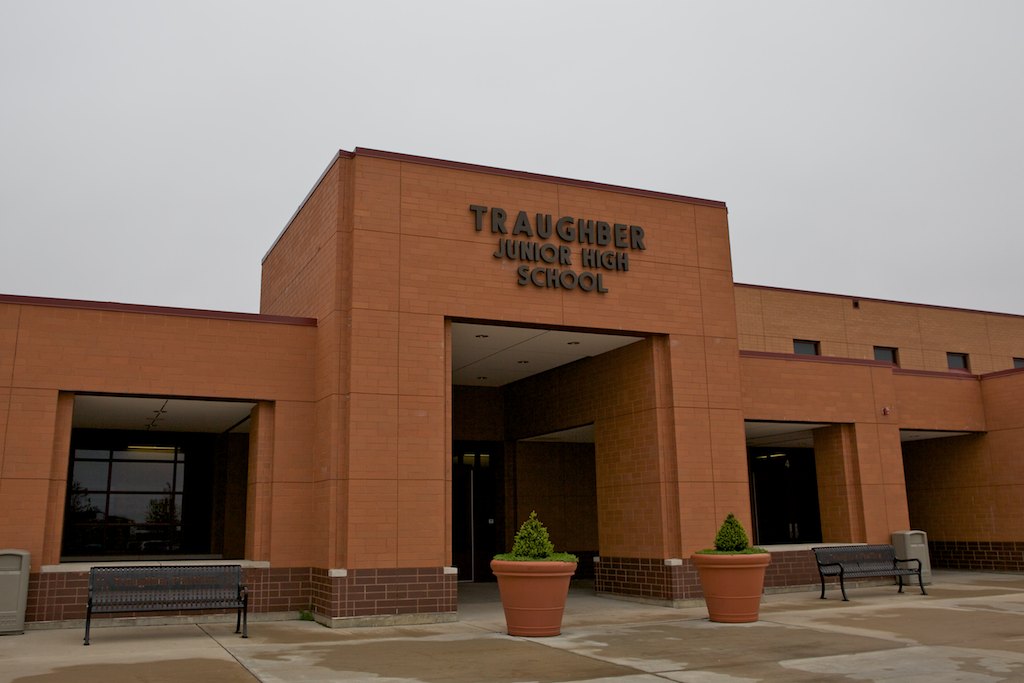 I spent my first day in town speaking with the bands at both schools. I don’t typically work with students this young, and what struck me was the wide range of questions, from things like “where do you get your musical inspiration?” (that one’s hard!) to “who is your favorite Disney princess” (duh, Ariel) to “if you could turn into any animal, what animal would you turn into?” (I think a cheetah.) The other cool thing about students this age is that they make me look enormously tall. Here I am with my much-younger doppelgänger. 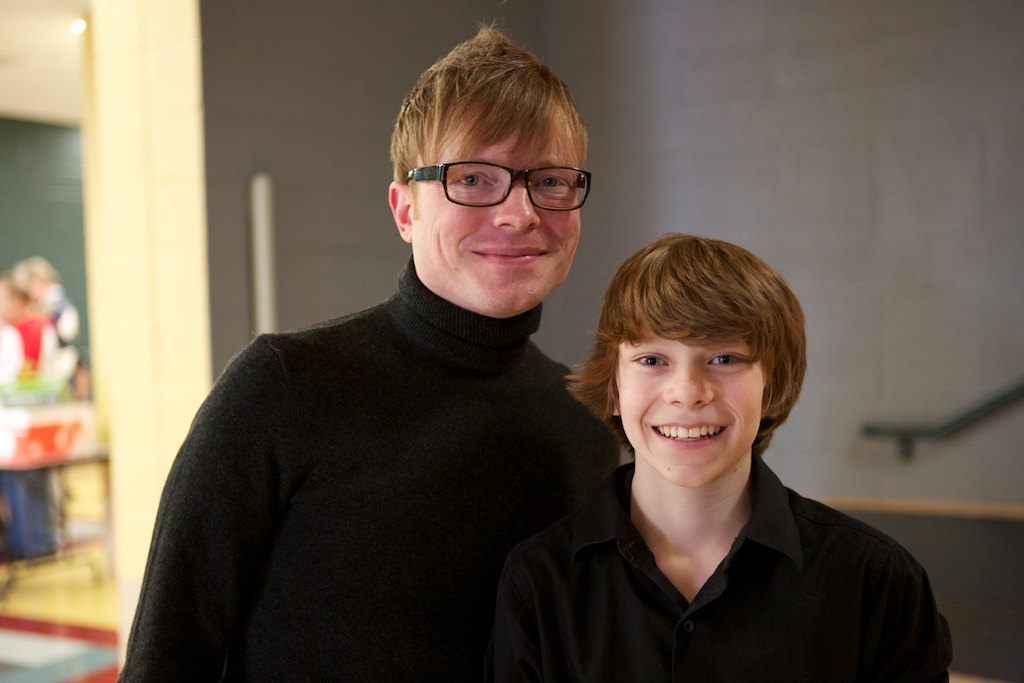 My hotel was the AmericInn, a perfectly fine place, provided you aren’t afraid of teddy bears, which were the primary decorating motif in the lobby. This teddy bear could lose a little weight, IMHO.

The bears were seriously everywhere. 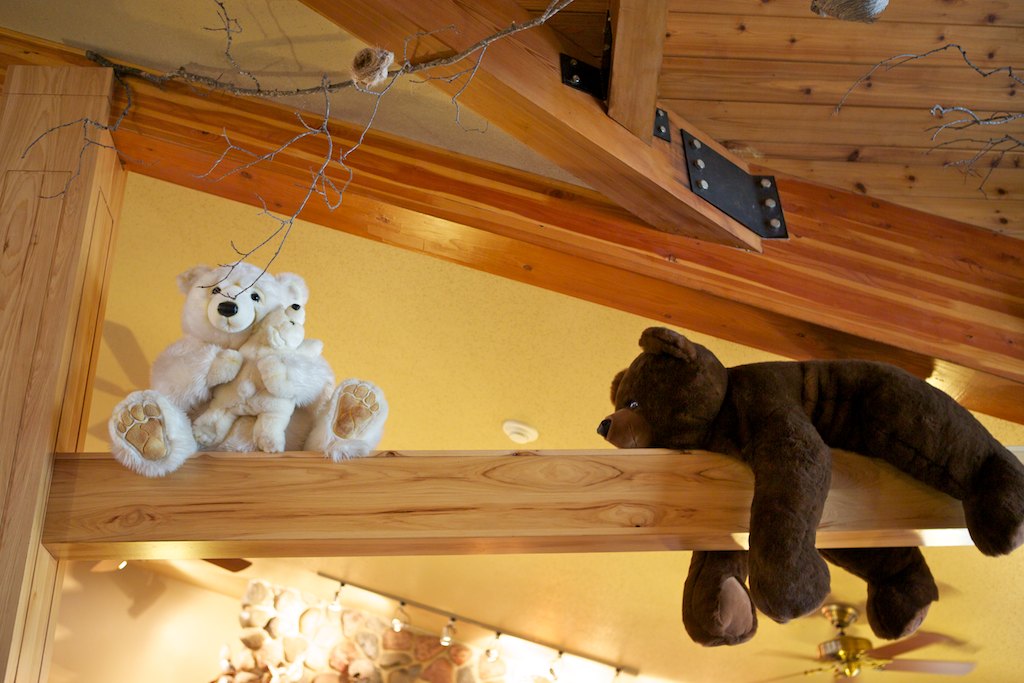 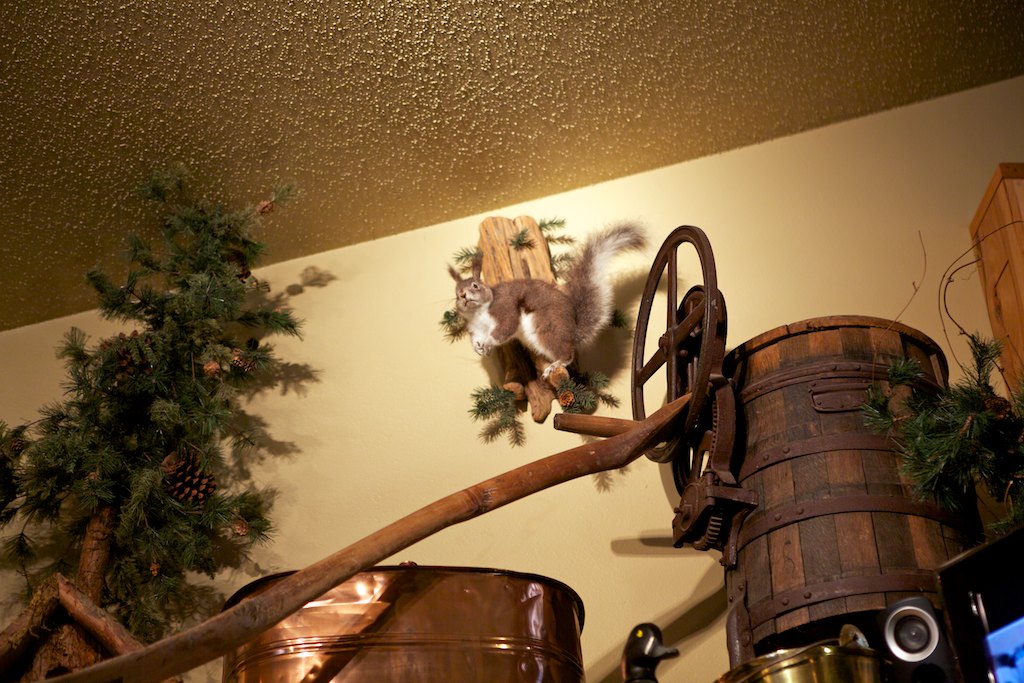 You know you’re in the burbs when the biggest safety concern is not guns, but gum. I prefer this, but was a little bummed I couldn’t chew in the building. 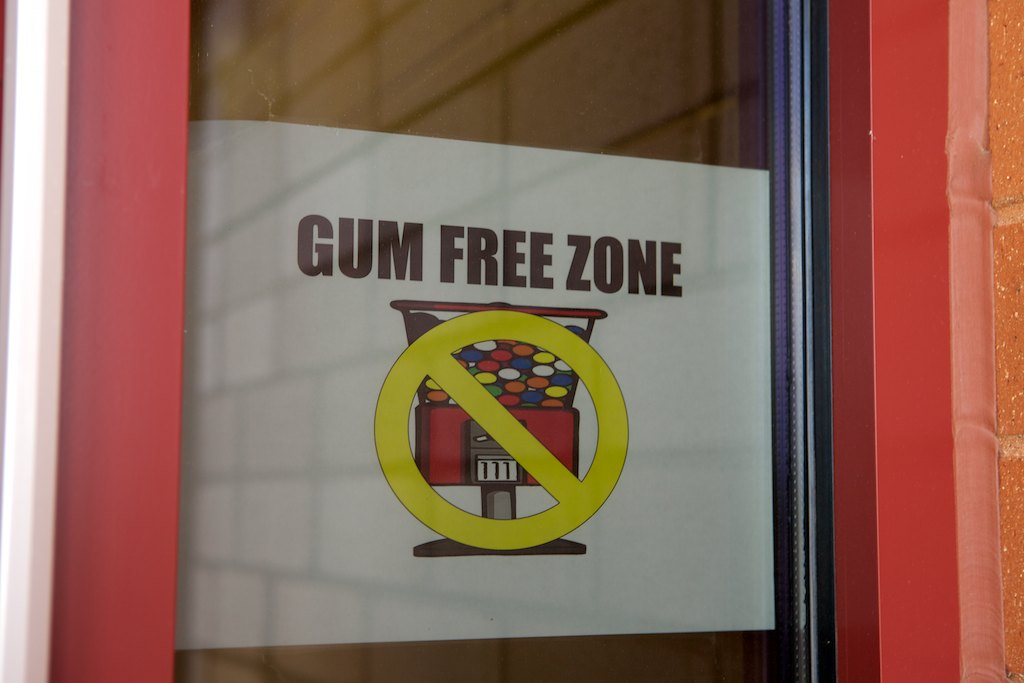 The premiere itself was with an honor band consisting of students from that school district. They all got together on Friday afternoon for a few hours of rehearsal, then again Saturday morning, and gave the concert on Saturday afternoon. 90+ middle school students in an honor band worked out a lot better than one might expect. (Nobody burned down the building.) This looks like a trail of band instrument tears, but don’t worry; the students were just on break. 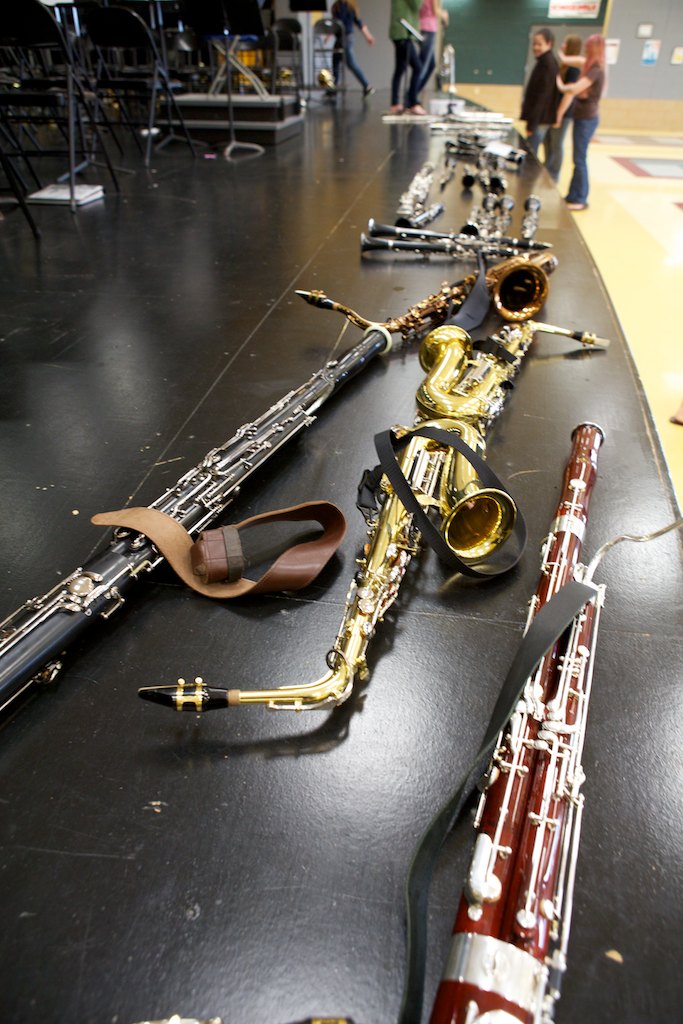 Every student had a name tag on their music stand. I love it that Ashrita labeled hers with a figure in 5/16. You’ve won my heart, Ashrita. 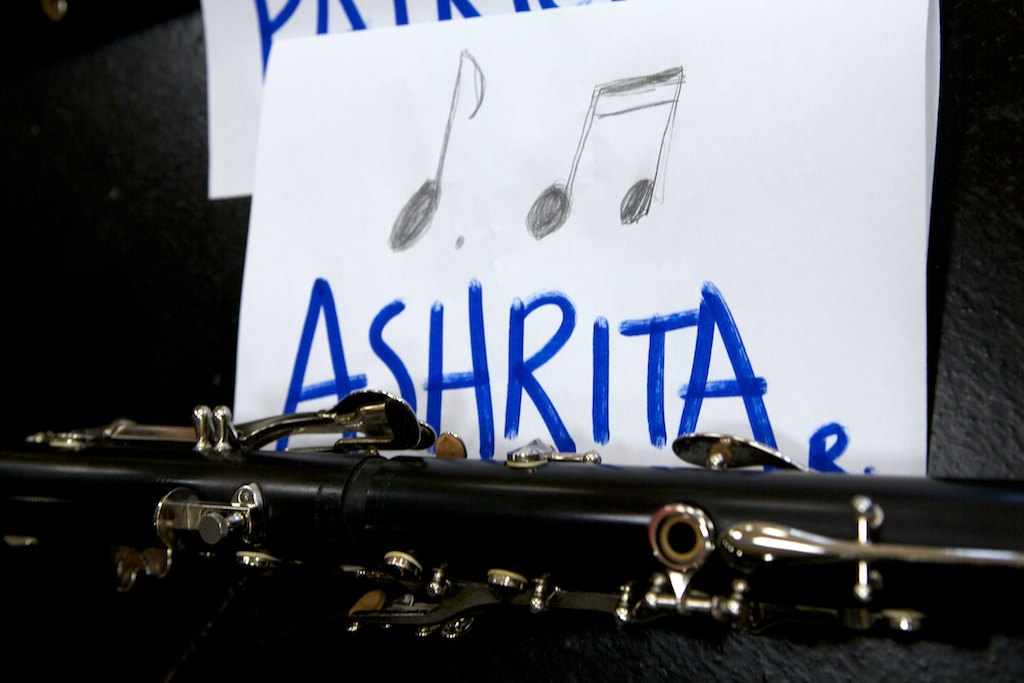 Pre-concert lunch! (That’s not my bag, although now I want one.) 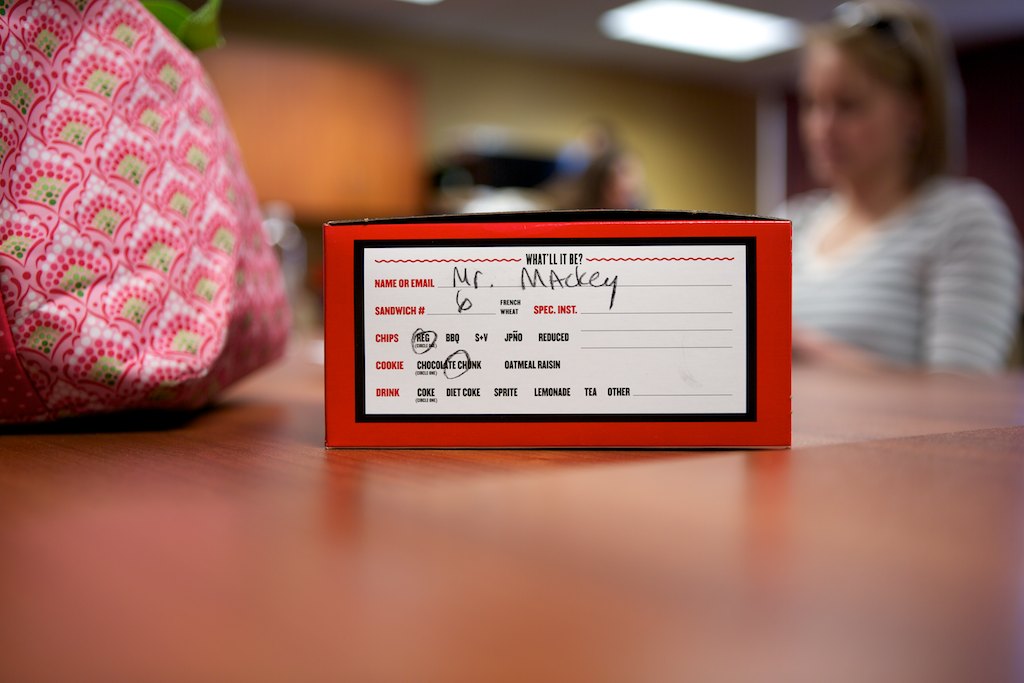 Setting up for the webcast! Or wait… maybe that’s Facebook. There really was plenty of video documentation. I sort of felt like I was supposed to get on stage and apologize for a scandal, like the time I was impeached from the presidency of my high school drama club. (That really did happen.) 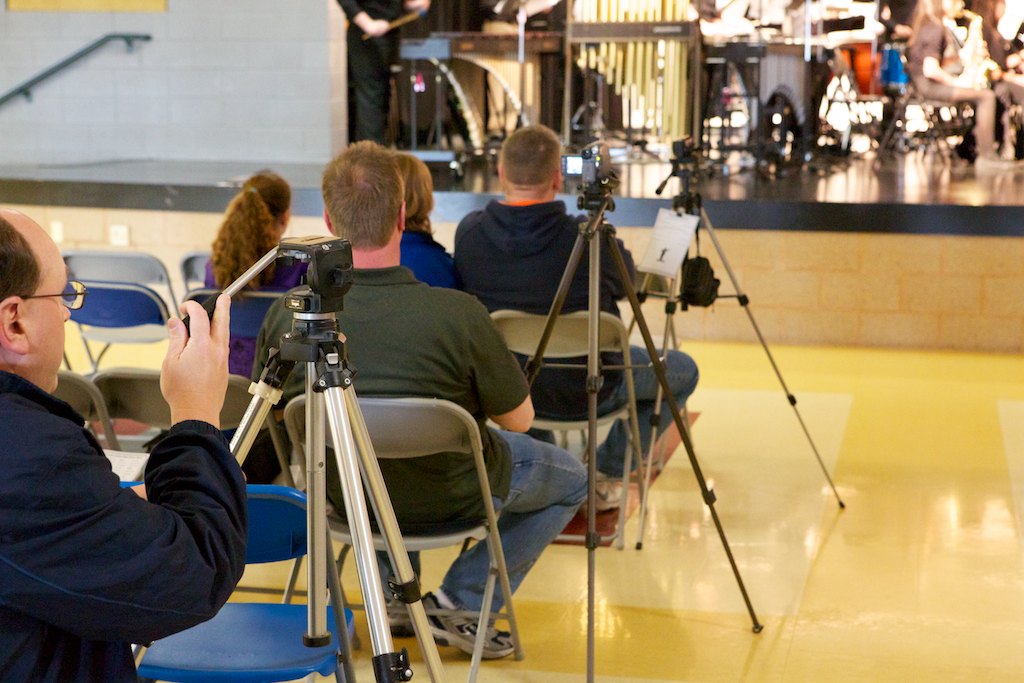 Don’t mess up, kid. You’re being watched. DON’T MESS UP.

Hey, why so glum? 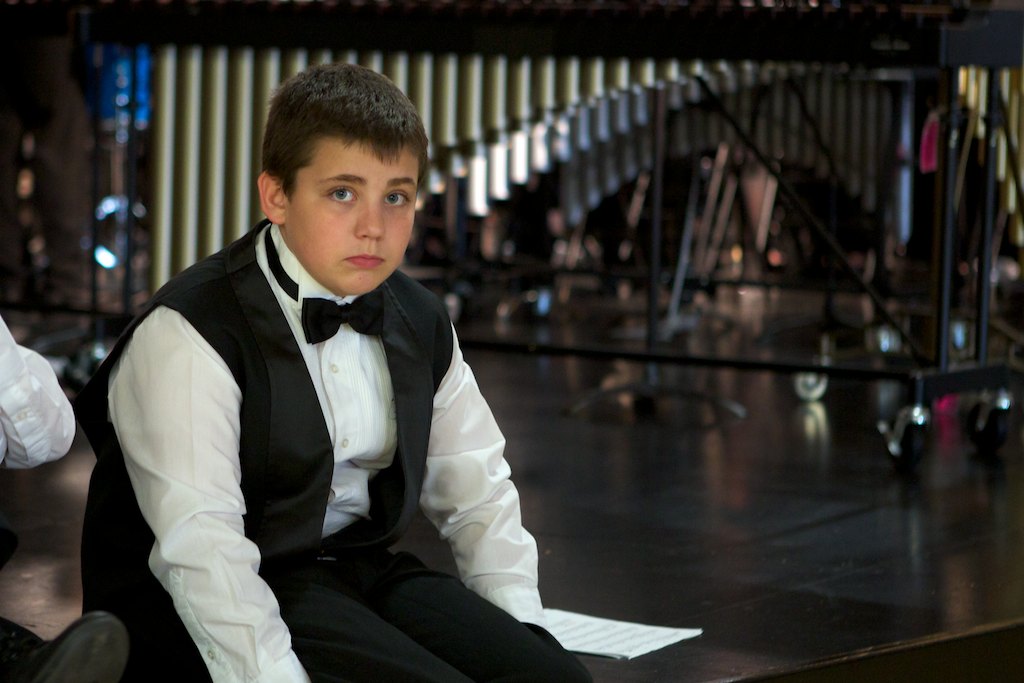 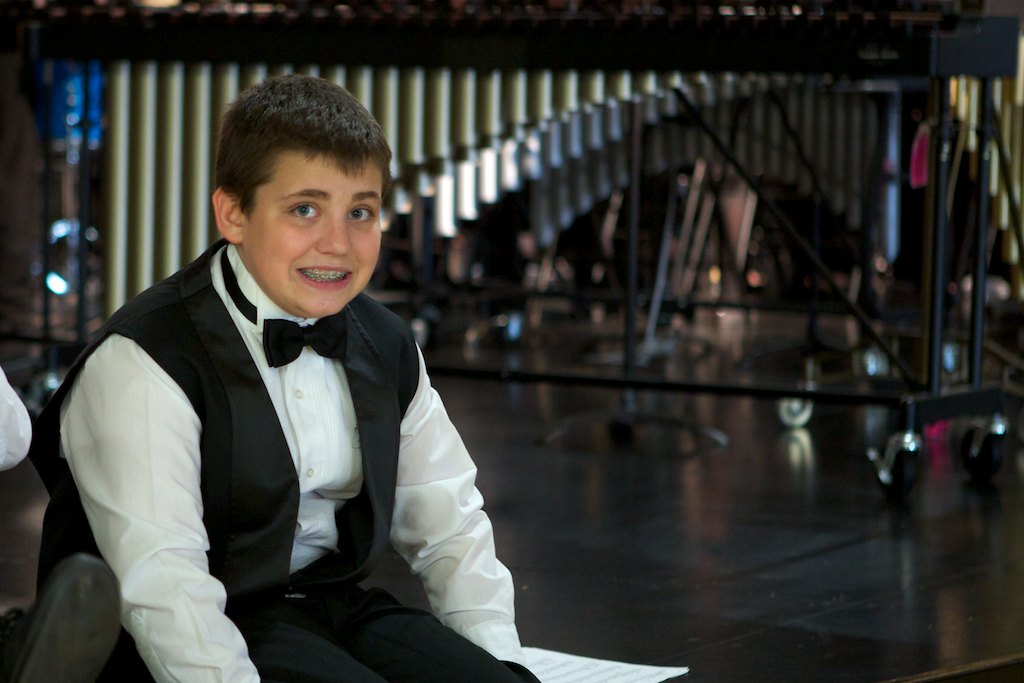 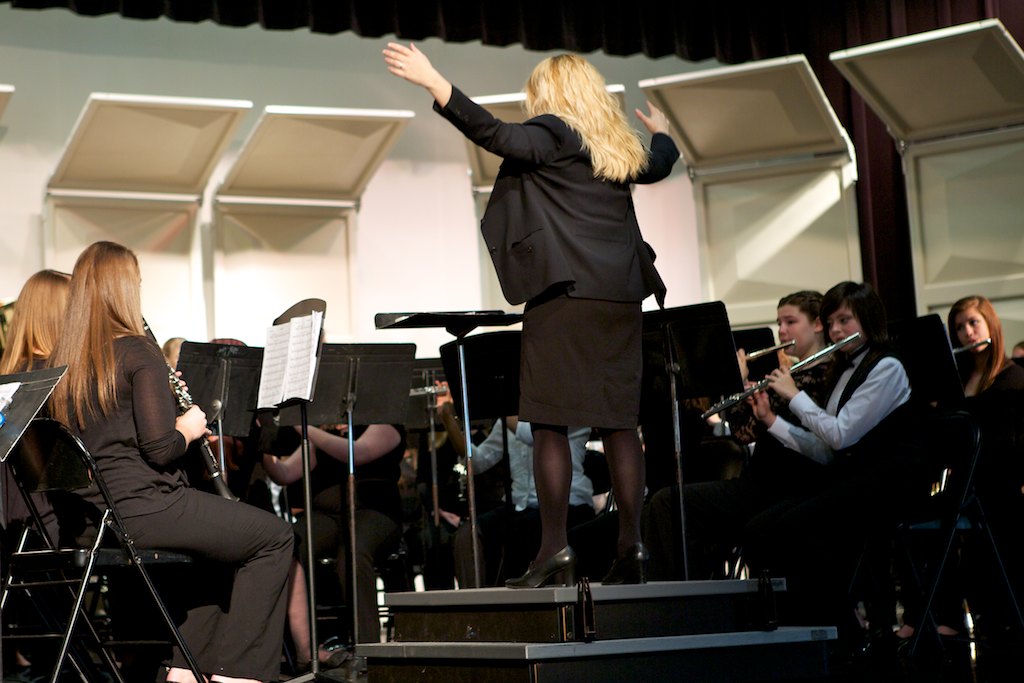 “Sheltering Sky” has a lot of bowed vibraphone. This was this player’s first time bowing a vibraphone. Nailed it. 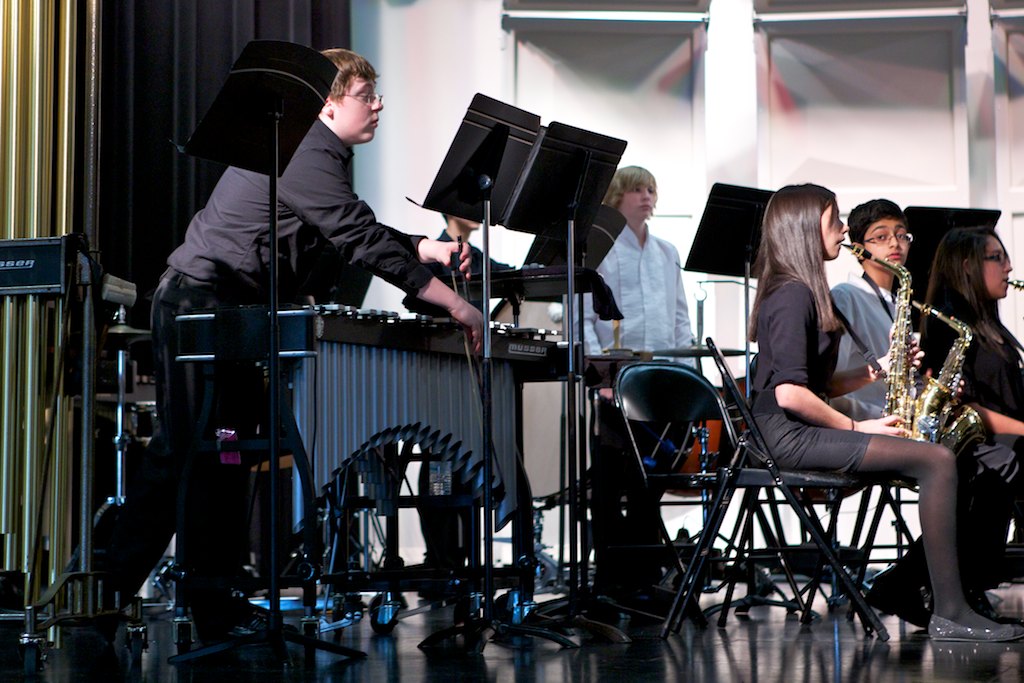 The premiere went really well. It turns out (even if the Texas State recording makes it hard to believe) that this really is a “grade 3” piece! Thank you to Rachel, Dan, and the staff, students, and parents. “Sheltering Sky” wouldn’t exist without you and all of your work and generosity. Now go check out Texas State’s recording!

Love it! It was such an honor having you out! The piece is gorgeous and the kids had such an amazing experience! Your pictures are awesome, especially my fabulous lunch bag, oh yeah! Take Care!!

Piece is incredible. Excellent performance, too.

It kinda looks like you're pinching that kid's butt in the second picture.

My son's high school Honors band played this at the Texas UIL Concert and Sight Reading contest. They took Sweepstakes, and we received recordings of their performances. I can not stop listening to it. Very emotional piece that speaks to my soul! The conductor was moved to tears by the end. So so Beautiful!!