As a farewell Austin/welcome to Boston present, our friend Rob Carnochan gave us a gift card for Rialto, a restaurant in the Charles Hotel at Harvard Square here in Cambridge. It took us a few weeks to find a good evening to take advantage of Rob’s generous gift, but on Thursday – when it was a beautiful 73 degrees – AEJ and I walked down to Harvard Square for dinner. 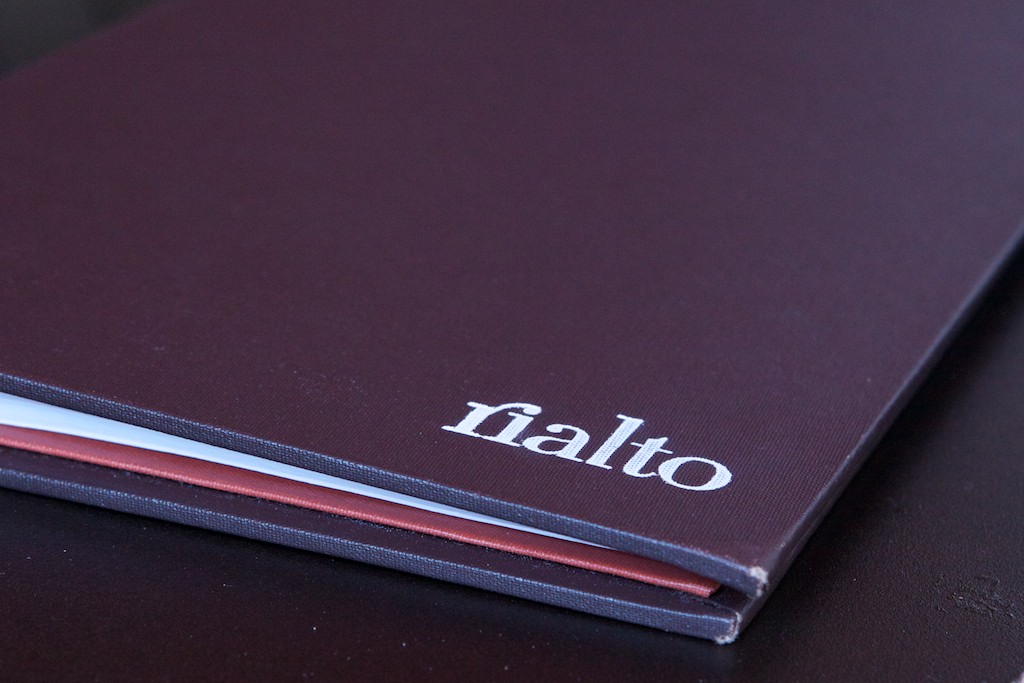 With weather this nice, we sat outside on Rialto’s terrace, where I considered stealing some of the fresh herbs the restaurant was growing. 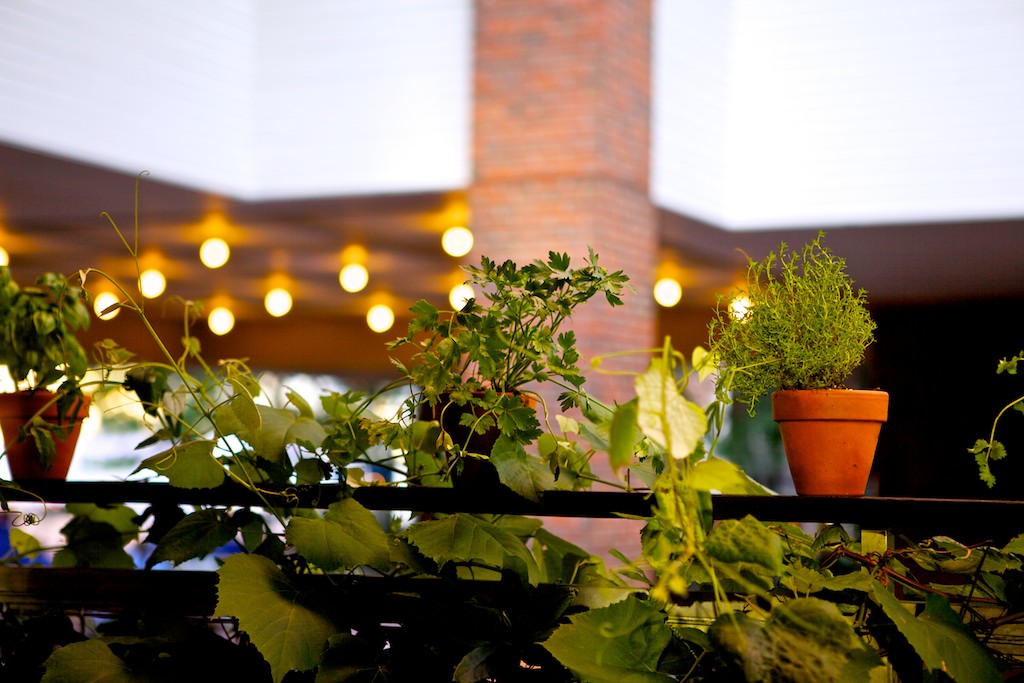 Fortunately, some tasty, crusty rolls – with olive oil and sea salt – arrived to distract me. 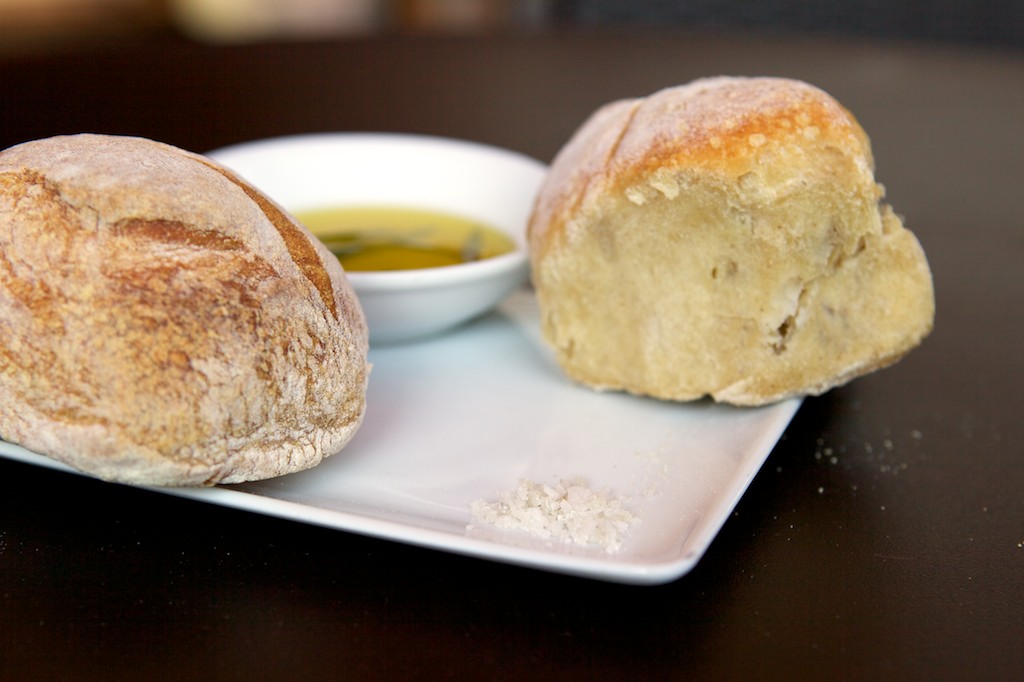 Rialto – as the fresh herbs on the terrace emphasized – celebrates fresh, local ingredients. It seemed like we couldn’t go wrong with our appetizer salads — for me, the shaved farm vegetable salad with pickled chioggi beets (I love beets), scape aioli, and crisp farro flatbread… 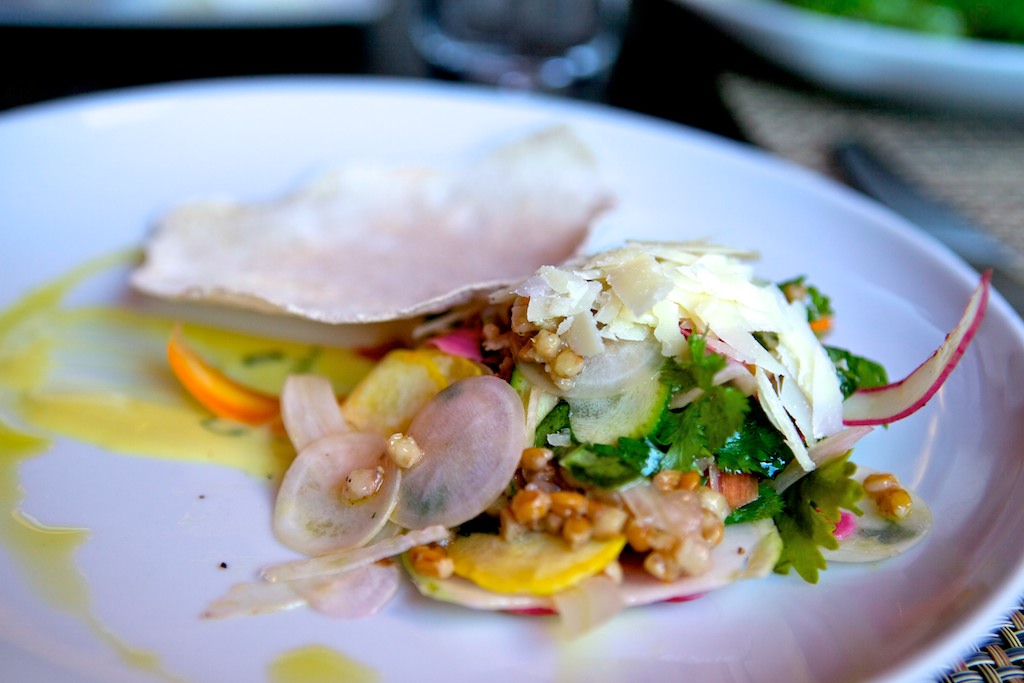 … or AEJ’s salad of local lettuces, feta, lime vinaigrette, and pickled melon. (The pickled melon was one of those so-weird-it’s-brilliant creations, starting out as “good lord, why is this melon pickled” and quickly transitioning to “that is a sweet yummy melon.”  I love it when food is surprising.) 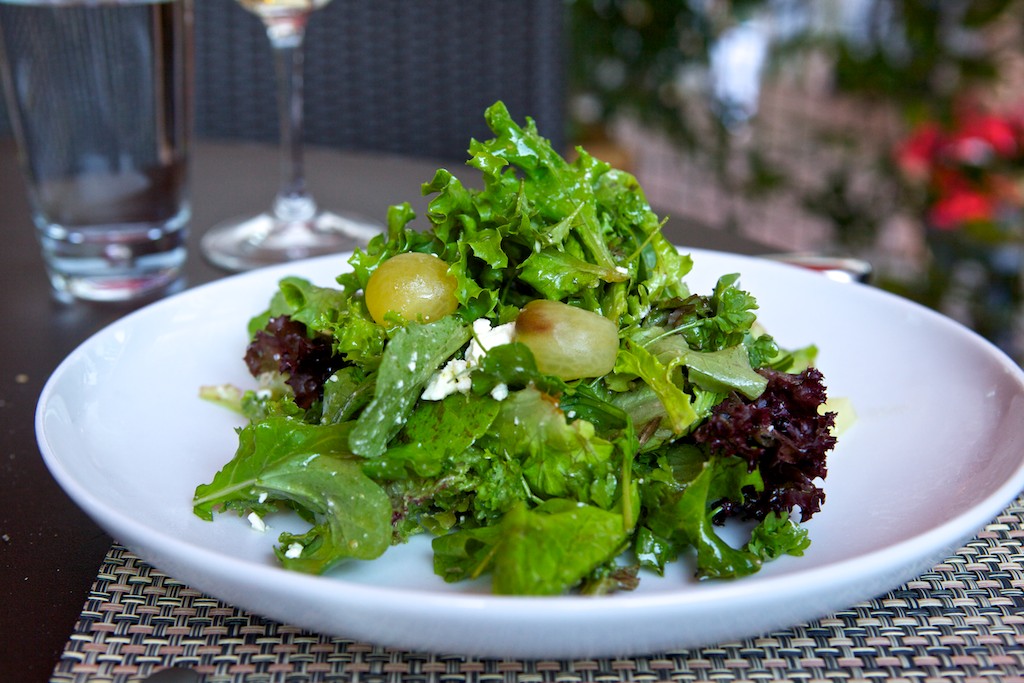 For my main course, I was feeling like seafood. There’s no shortage of lobster in the Boston area (unlike, say, New York City, where apparently they think it’s okay to serve crayfish from the south, but call it “lobster”), and of the two lobster options at Rialto (the first of which being a pasta dish), I went with the more decadent olive oil poached lobster with garum braised tomatoes, olives, pine nuts, preserved peaches (wow), and chickpea fries (WTF could that be? Really fun, it turns out).  Lobster + preserved peach is pretty spectacular. 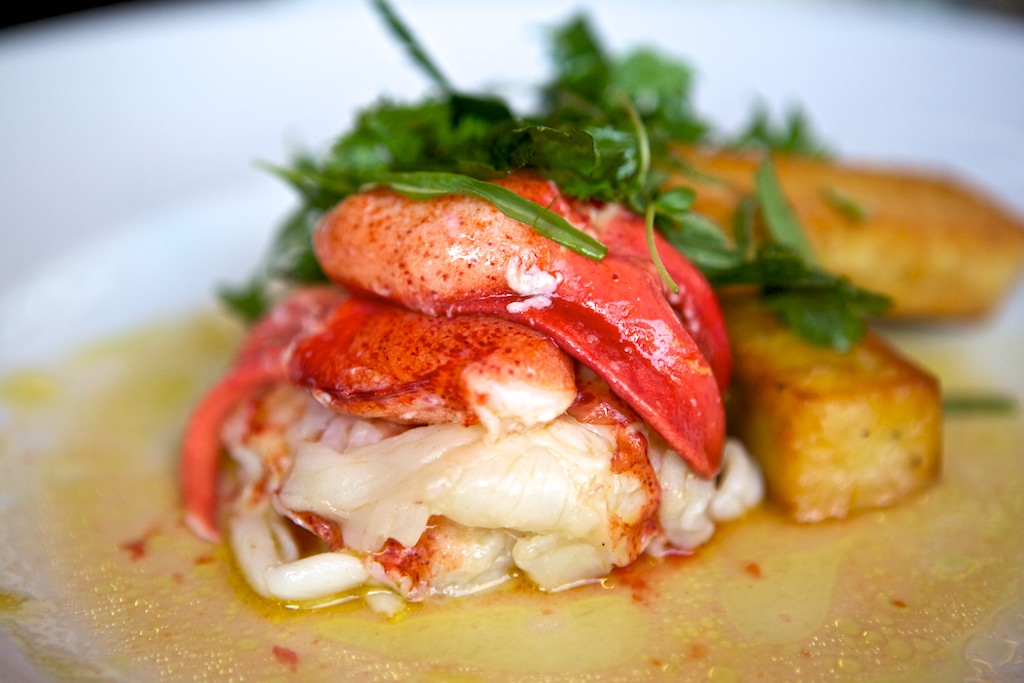 AEJ – now fully vegetarian – had the ricotta gnocchi with green olive, pistachio, and lemon. It was like a bowl of big hot fluffy cheese marshmallows. (That probably doesn’t sound as good as it was.) 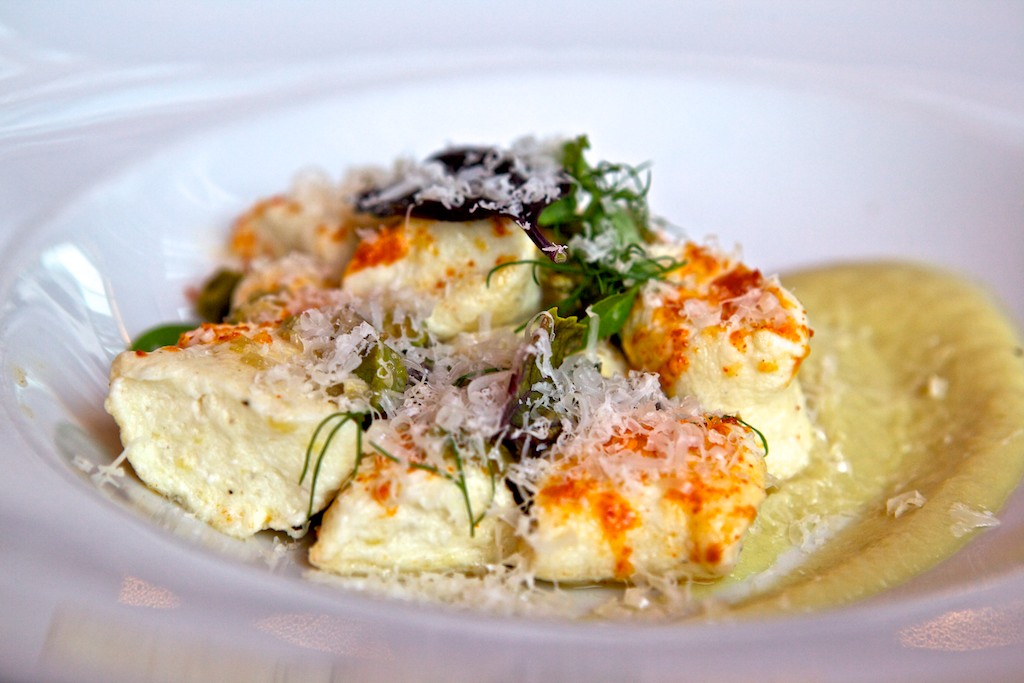 There were several sides from which to choose, but it’s hard to pass up something with corn and cream. This might have been the best thing on the table. 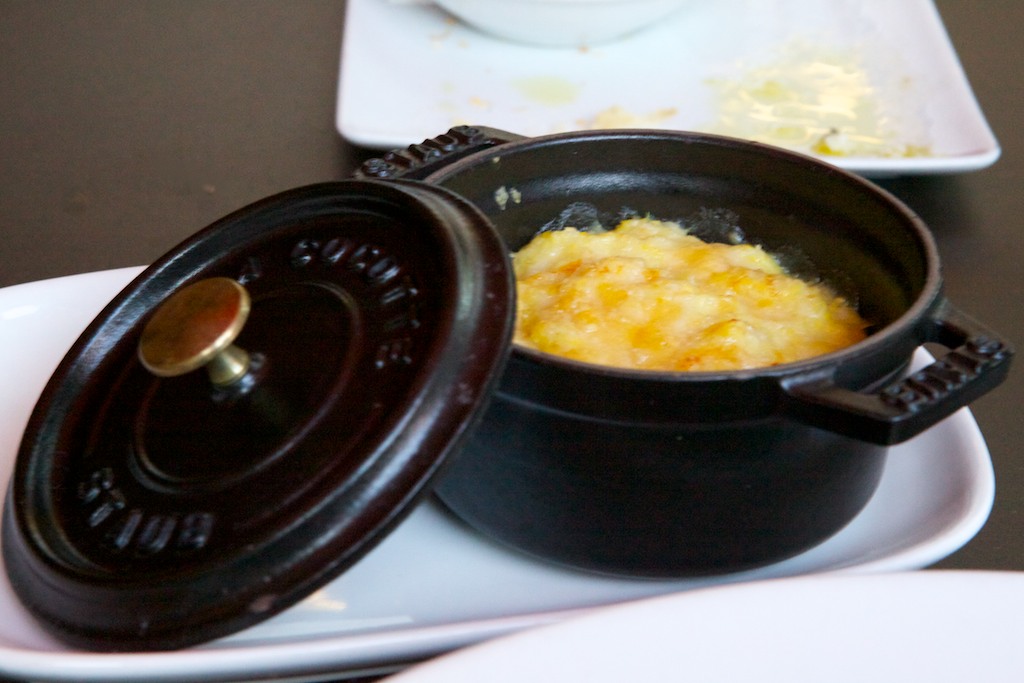 And then… dessert. For me, the summer fruit crostata with peach ice cream and brandied peaches. Yummy and fresh, but I wish the crust had been just a little less crunchy. (This issue is more mine than the pastry chef’s; I’m not big on tart crusts in general. This one tasted really good, but there was a lot of it.) 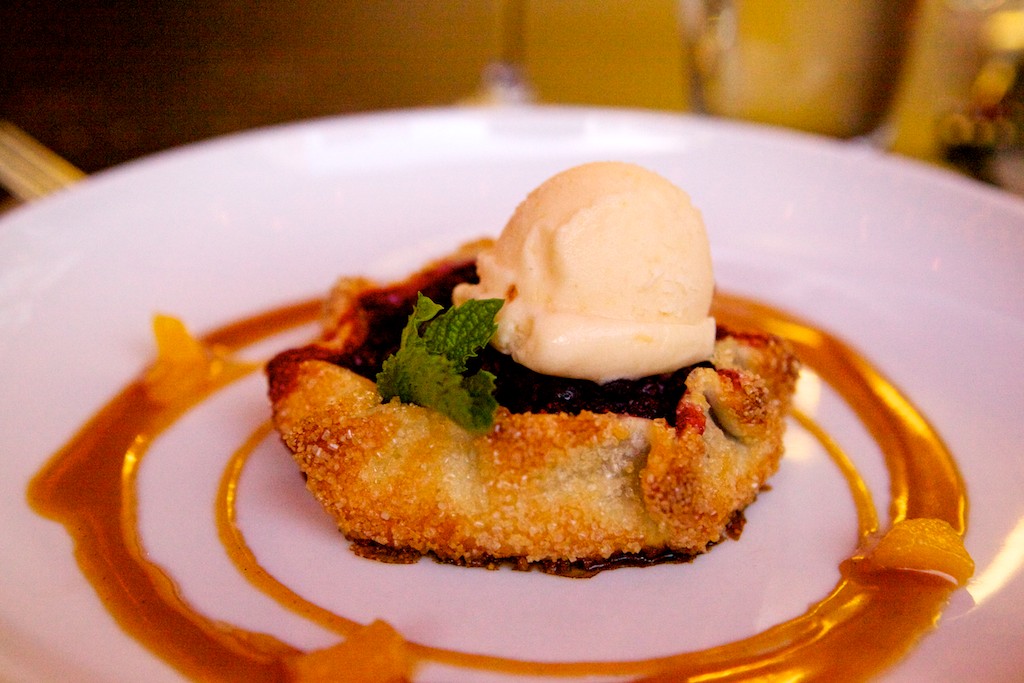 AEJ chose the rhubarb rose meringue with pistachio and strawberry-rhubarb sorbet. My dad’s favorite pie is rhubarb pie — not strawberry-rhubarb, which is common, but just straight rhubarb.  My parents used to grow rhubarb when I was little. (There may have been other recreational plants growing on the property. It was the 70s, after all. But that’s another story.) I haven’t tasted rhubarb since I was probably four years old, and I just remember it being bitter and chewy (it’s not a vegetable to be eaten raw, it turns out), and that’s what’s stuck with me since. As far as I knew, I hated rhubarb – until Thursday, when I tried this dessert. Turns out rhubarb is great.  Also great? Fresh, local summer strawberries. 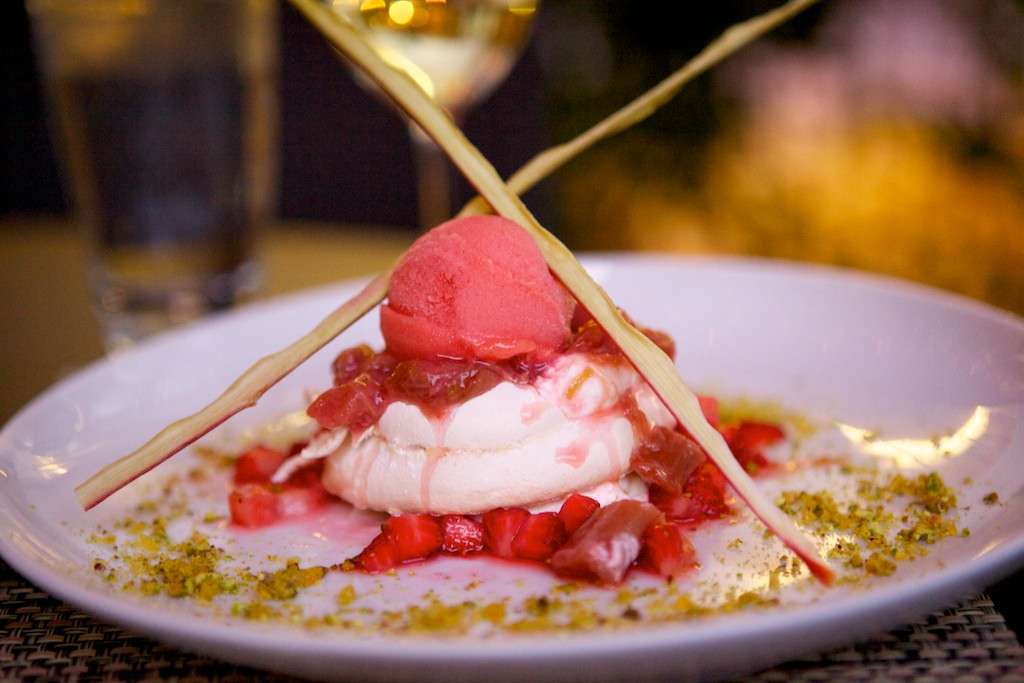 It was a delicious and lovely dinner on a perfect summer night. Thank you, Rob, for making it possible. 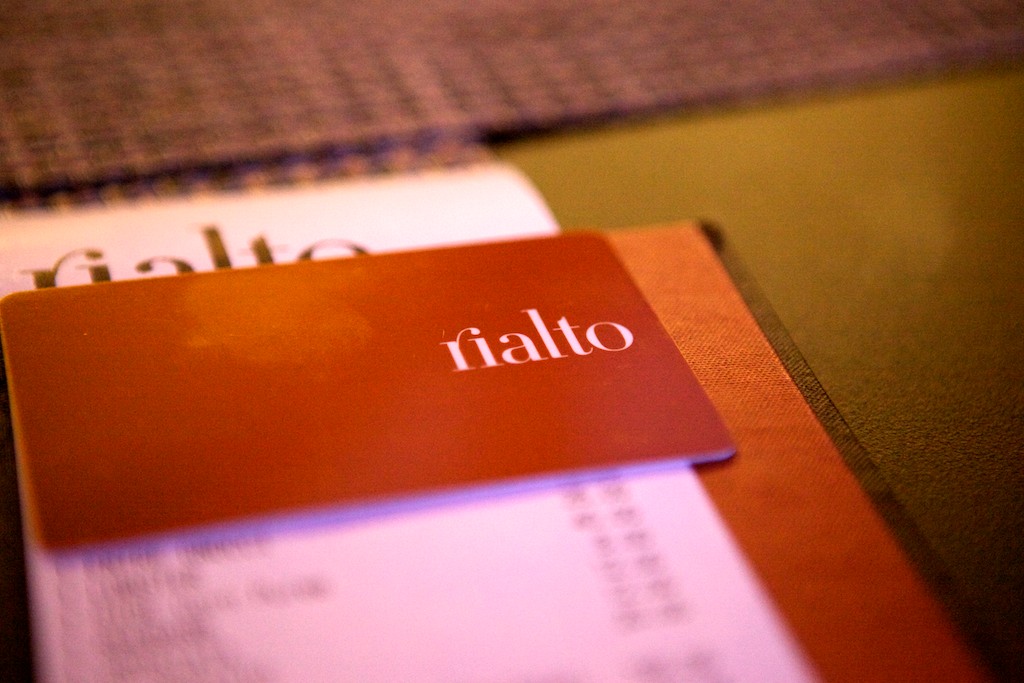 Here’s a shot that I took on the way home, walking through Cambridge Common during blue hour. 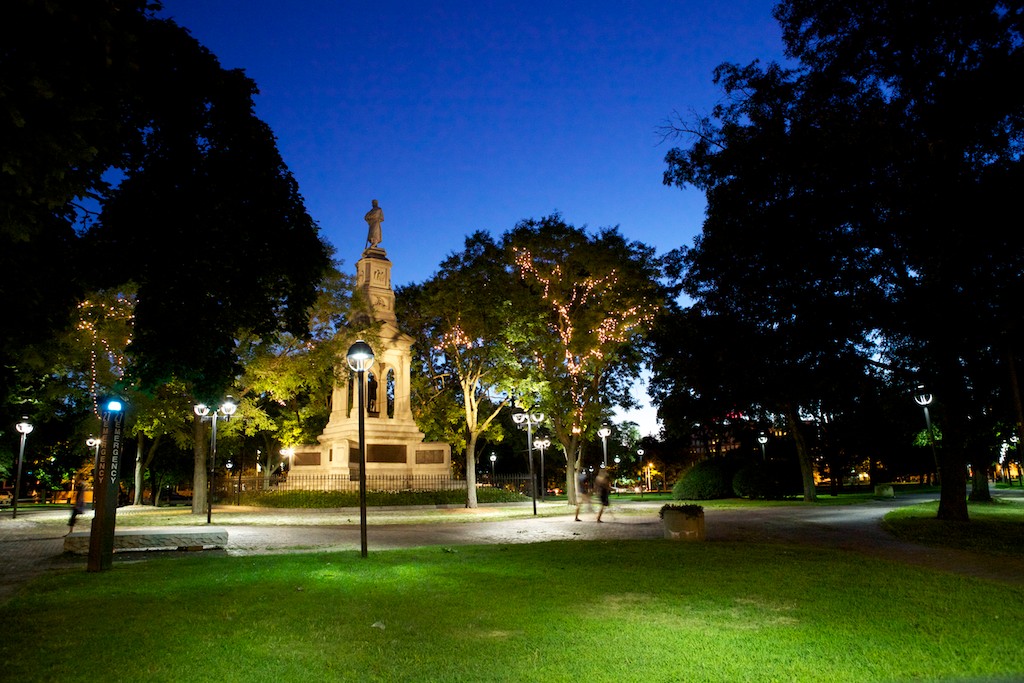 On an unrelated note, I have two more pictures I wanted to post. First, there hasn’t been a picture of Loki on here for, what, days? So, here’s a picture of the cat, falsely thinking it’s okay for him to be on the speaker. I shot this with the Canon 85mm f1.2 L II lens, which I don’t use enough. 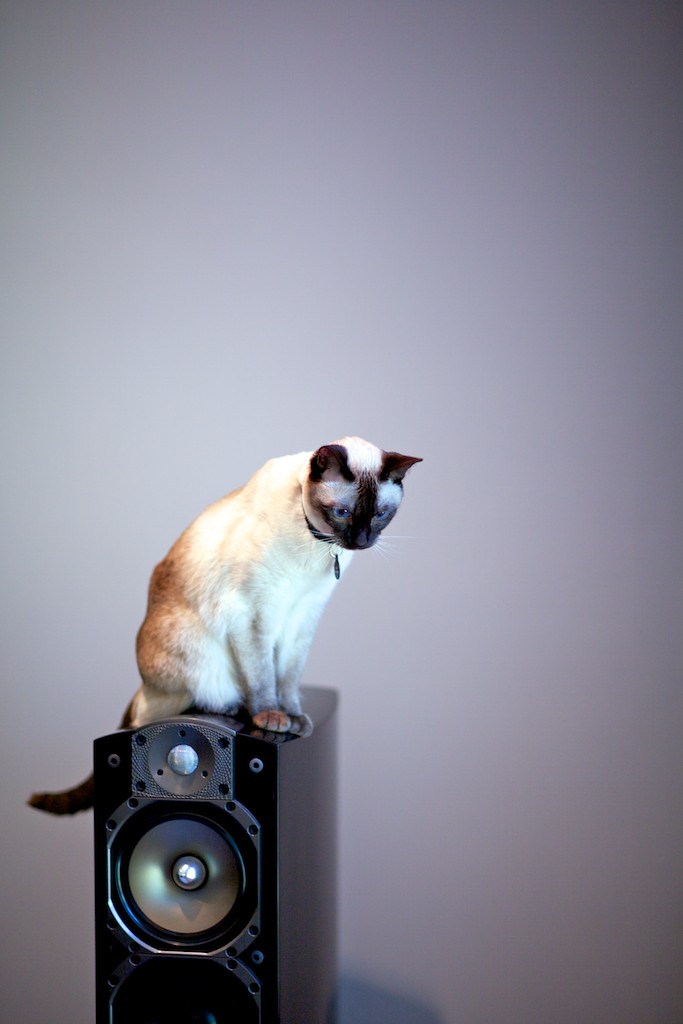 And lastly, a few days ago, we created a new cocktail with Grey Goose Citron, Trader Joe’s sparkling limeade, and sweet pickled ginger with a splash of juice from the ginger jar. AEJ – always the master of titles – called it The Koi Pond. Highly recommended. Just don’t substitute tequila for the vodka. Ginger plus tequila is nasty, like having yellowtail sushi with refried beans. It turns out there’s a reason why Mexico is not known for koi ponds. 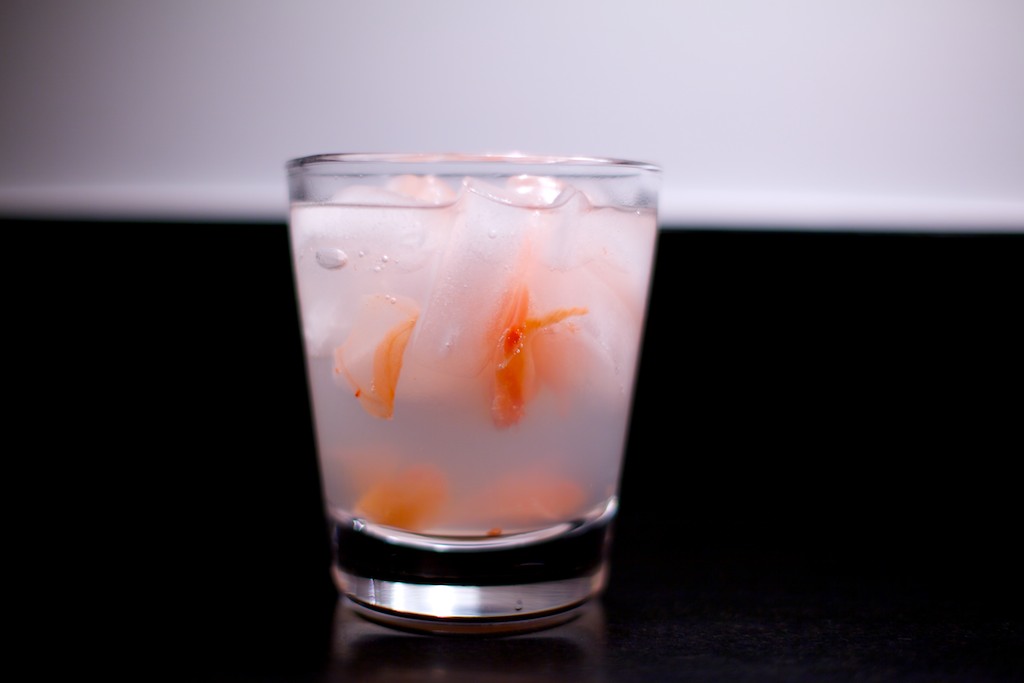 Looks AWESOME John! Really glad you and AEJ enjoyed it! Hope we can come to Boston to enjoy a meal with you someday in the future!

We (and Austin) miss you guys already!
Rob

THAT is a beautiful drink!