We love the fair, and we’ve been to a fair number of rodeos, but we’d never been to one in Texas.  Texas seems tailor made for rodeos (if not, say, history book learnin’), so we were pretty excited to experience a real live rodeo here in Texas.  Ponies!  Livestock!  Funnelcakes!  HEE HAW!  Come on, people — LET’S F-IN’ RODEO!!! 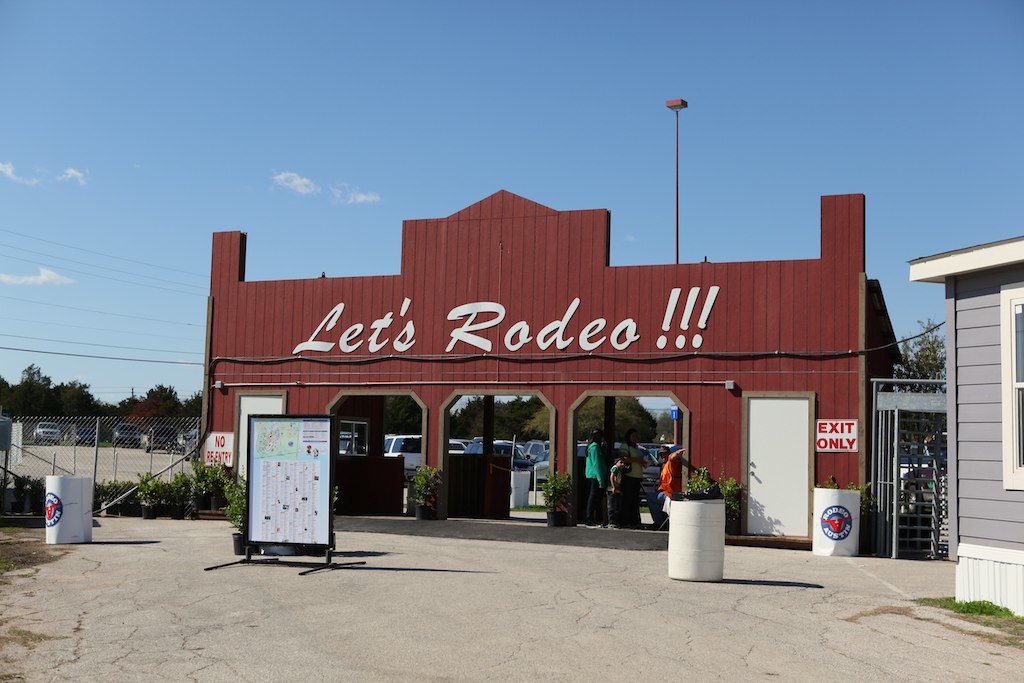 The first thing we encountered was a huge line to get in. It was St. Patrick’s Day, and if you were wearing green (I was, but AEJ, curiously, doesn’t own any green), your admission was free. This wrinkle in the normal admissions policy was taking a lot of brain power for the people working the gate (is that green, or more of a chartreuse?), and the line to get in was excessively long. Once we were in, though, RODEO!!! WOOO!!!! Hold on a sec while I get a shot of these tractors! 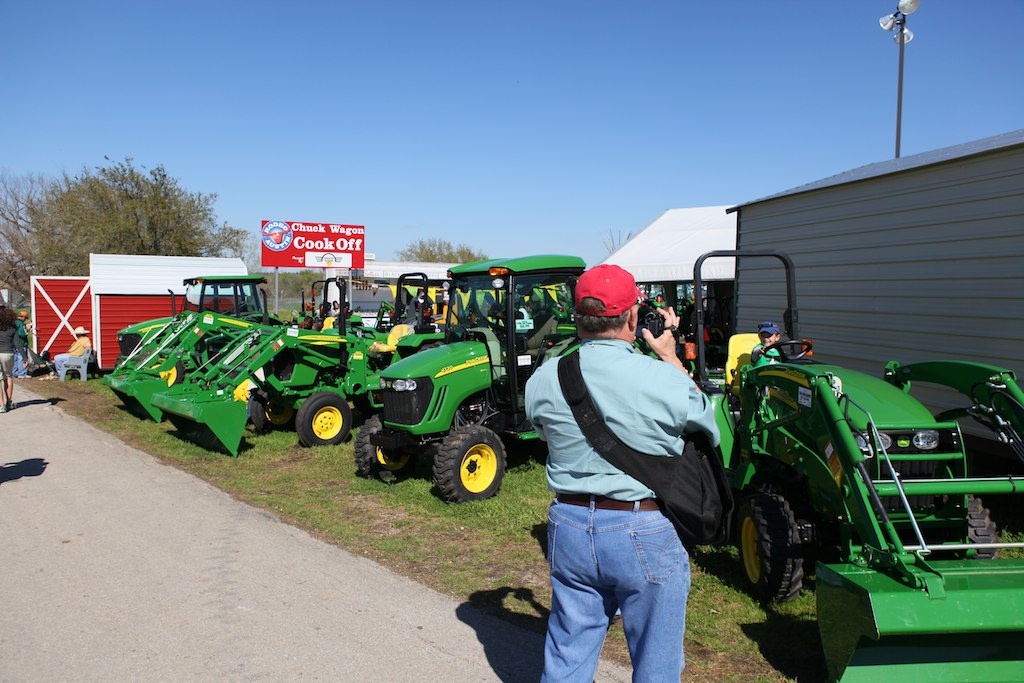 Our first stop was to see the Okie the SUPER HORSE! The show started with a roping warm-up act. 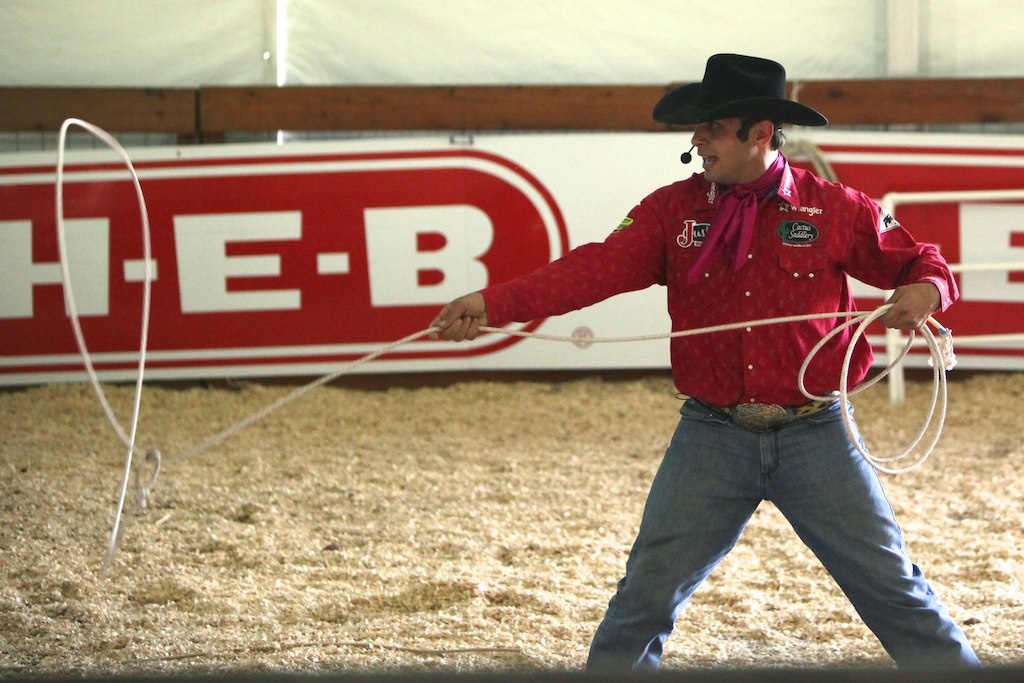 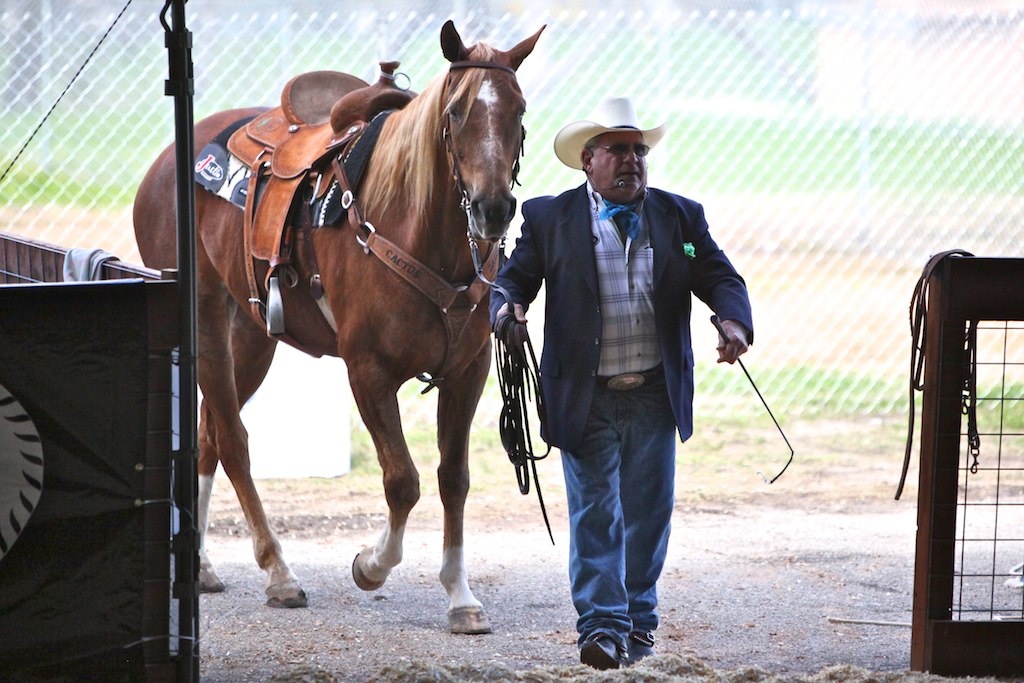 Okie’s owner was quite the showman! He started by telling us about his two previous horses, named “In His Glory 1” and “In His Glory 2.” Praisalujiah, kids! (Do you think I’m kidding? Because I’m not.) Anyway, he loved those horses, but he had to put them down because they got sick. Awesome! Thanks for getting the crowd all excited for the show by telling us about your beloved but now-dead horses! (Don’t worry, kids — Okie isn’t dying here. This is a trick! Look at that — he trained the horse to bow! This is f-ing amazing.) 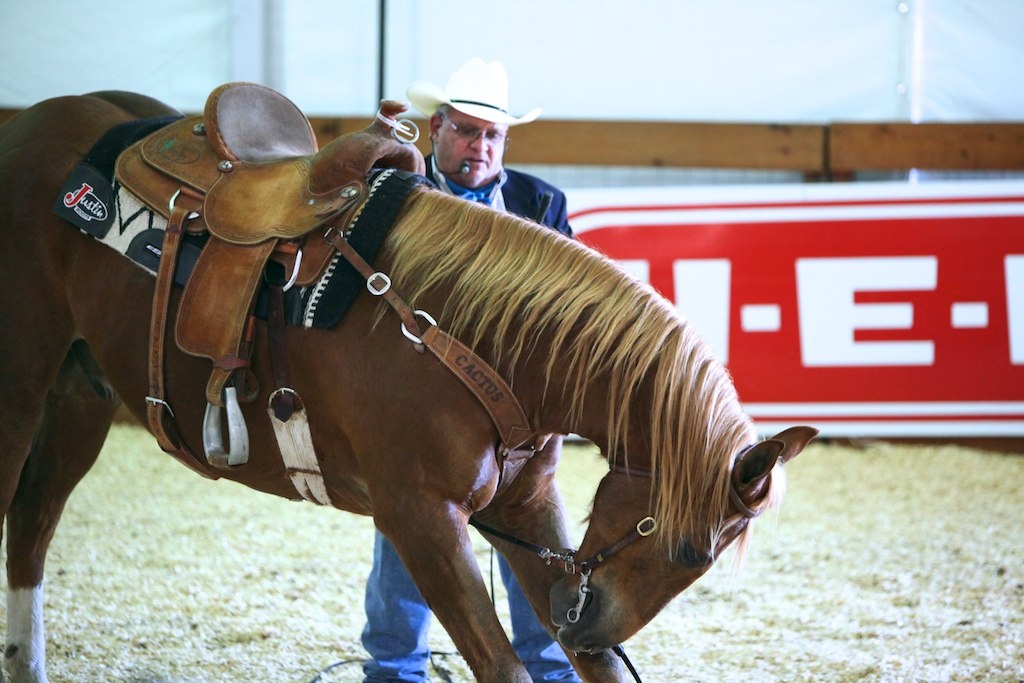 For Okie’s next pre-glue-factory trick (sorry, Okie, but clearly there’s a pattern with this guy), they put a hula skirt on the horse and had Okie rock back and forth — like HE WAS DOING THE HULA! OMG, it was incredible!!! This horse and trainer truly were SUPER. It didn’t for a moment seem like some lame-ass yokel who simply owned a horse and was willing to subject his horse to a humiliating 15 minutes of lameness under the label of “magic,” no sir. HEE HAW!!! 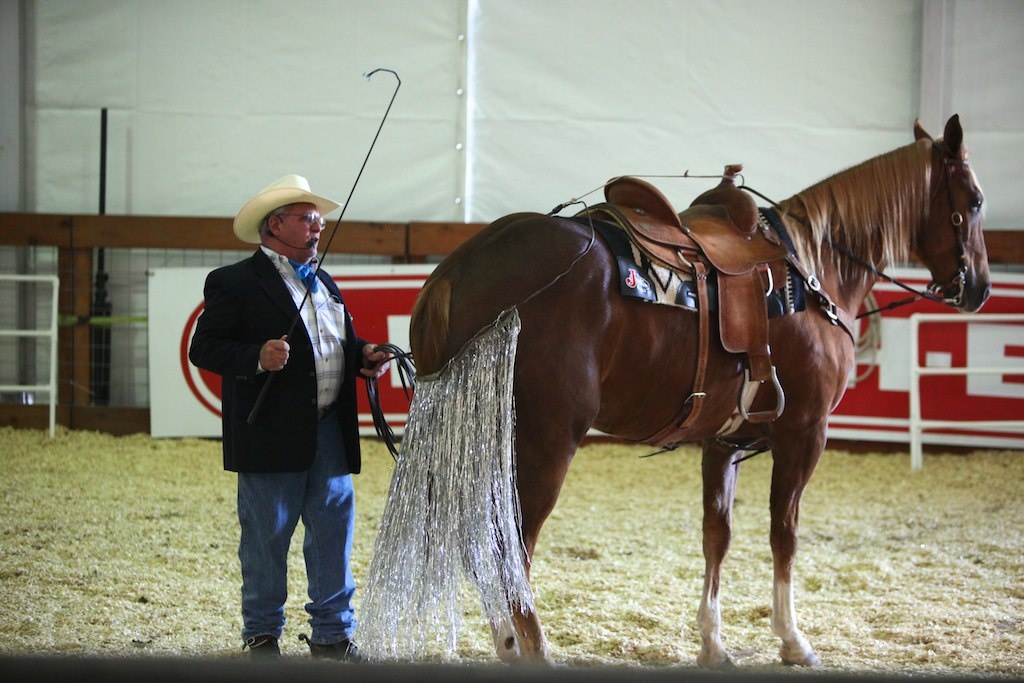 Okay, let’s get a snack! I love fair food. Shall we start with the deep-fried sandwiches? 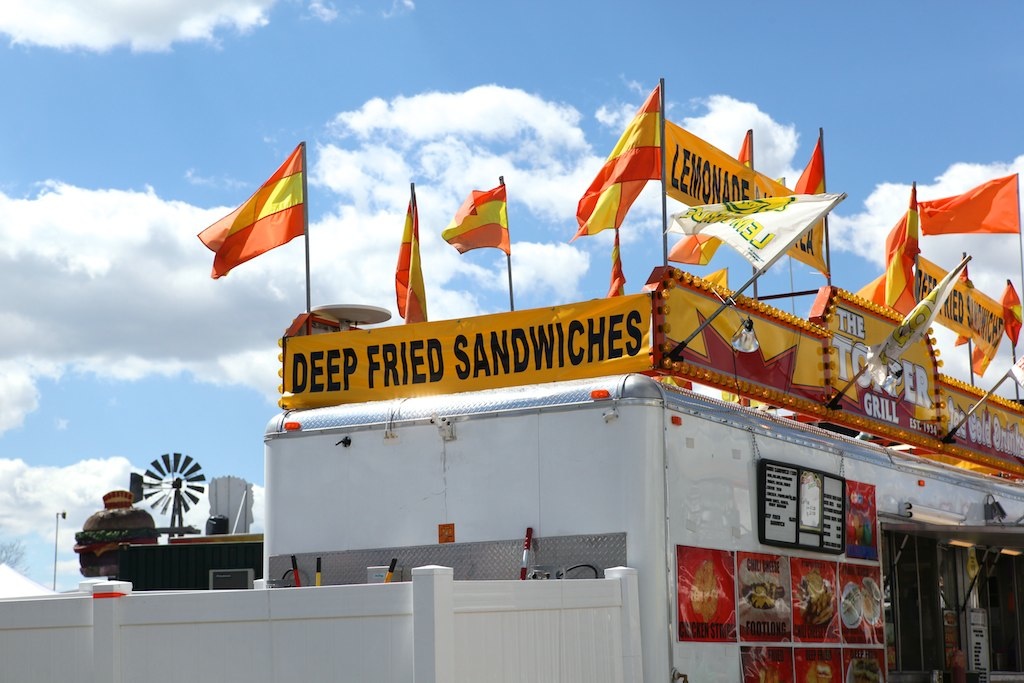 Nah, let’s get pizza. But not just ANY pizza — let’s get the super-awesome version of pizza that you can only get at the fair: Pizza on a STICK! 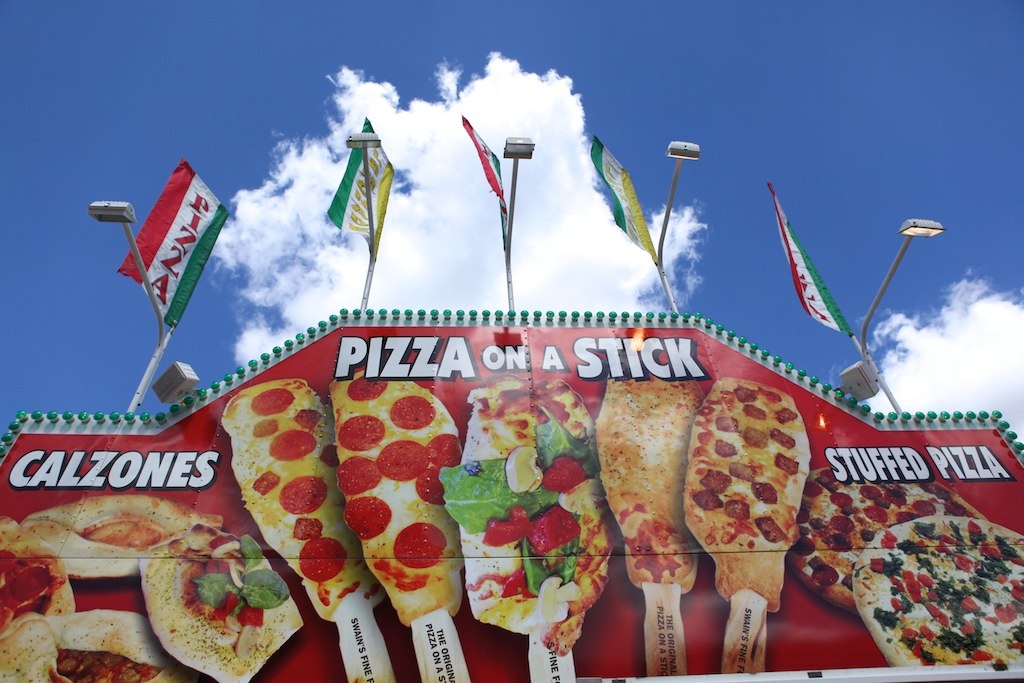 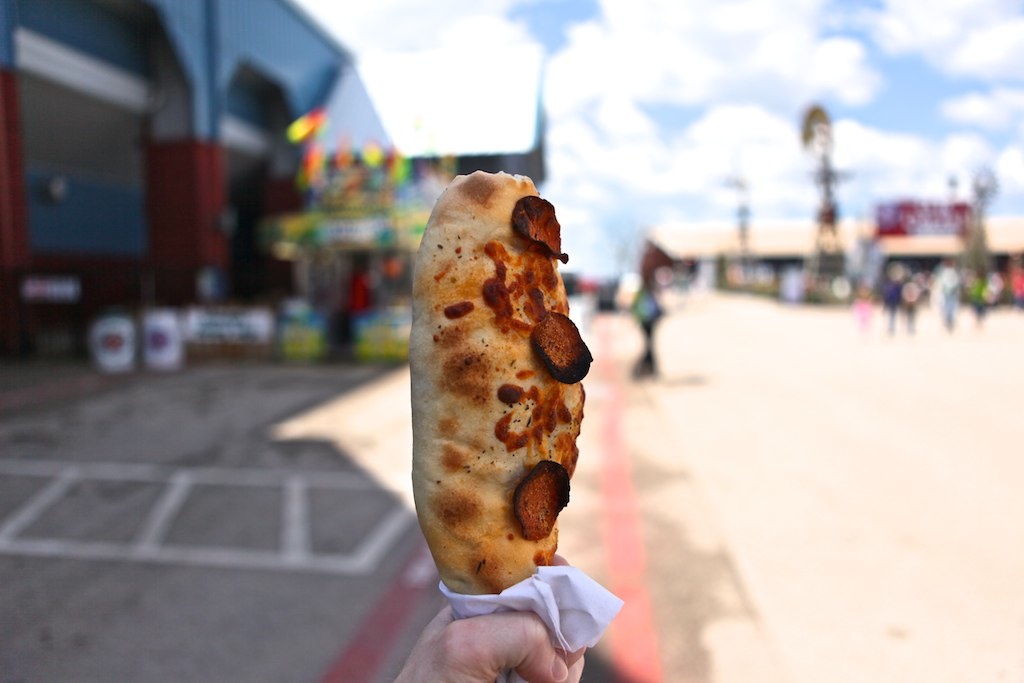 Here, let me pay with this cash… What? What’s that, you say? You don’t accept cash? You only accept tokens? So I have to take my $20 bill, which is (slightly) more than I need to spend on this lunch, and I need to break it over there at the Change Booth, where there’s a full-time person sitting just for this very reason, and then I need to take my $17 over to that token machine, where I’ll feed each dollar into the machine, getting a $1 token in exchange, and then I can use the $1 token as if it were a dollar bill? Okay! That doesn’t sound even remotely retarded! 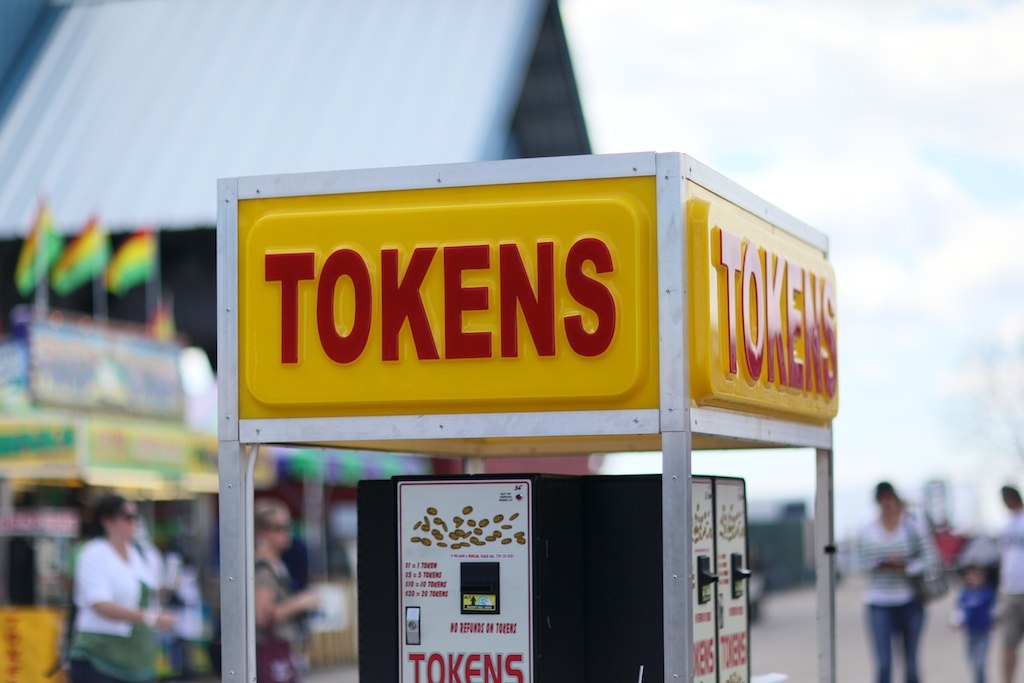 Okay, so after I ate half of my Pizza-on-a-Stick (stopping only when, after one bite, hot pepperoni grease poured down my hand), we thought — hey, let’s have some REAL fun now! You know what sounds super fun? Watching a machine make pet ID tags!  Really?  Can I watch?  Really? 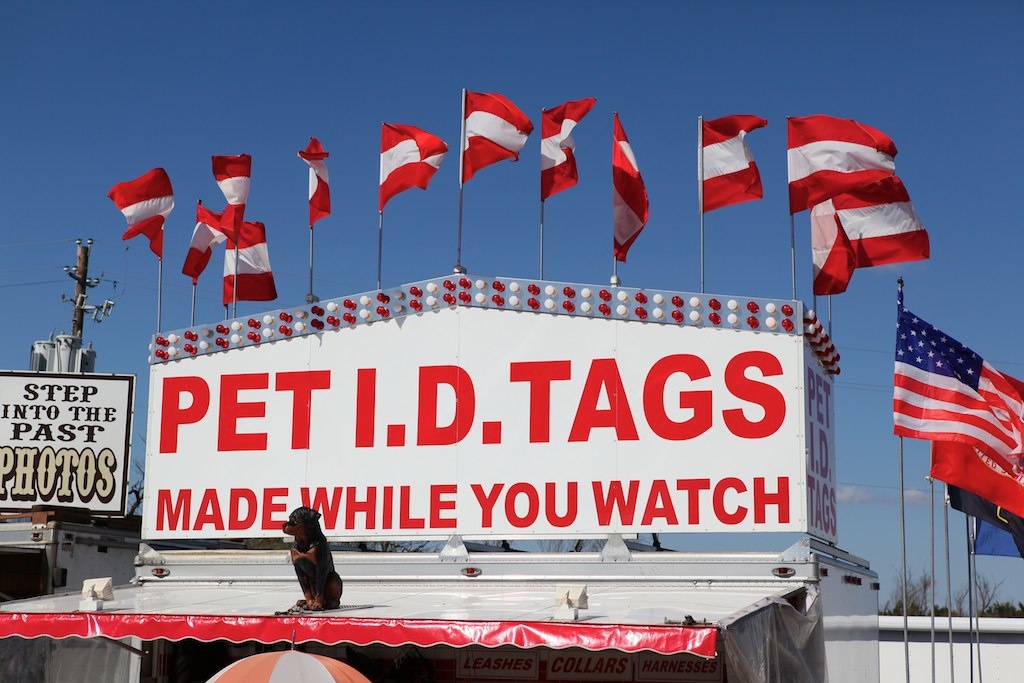 Or, we could go see the two-headed cat! I’m sure we wouldn’t have been horrified by that at all! 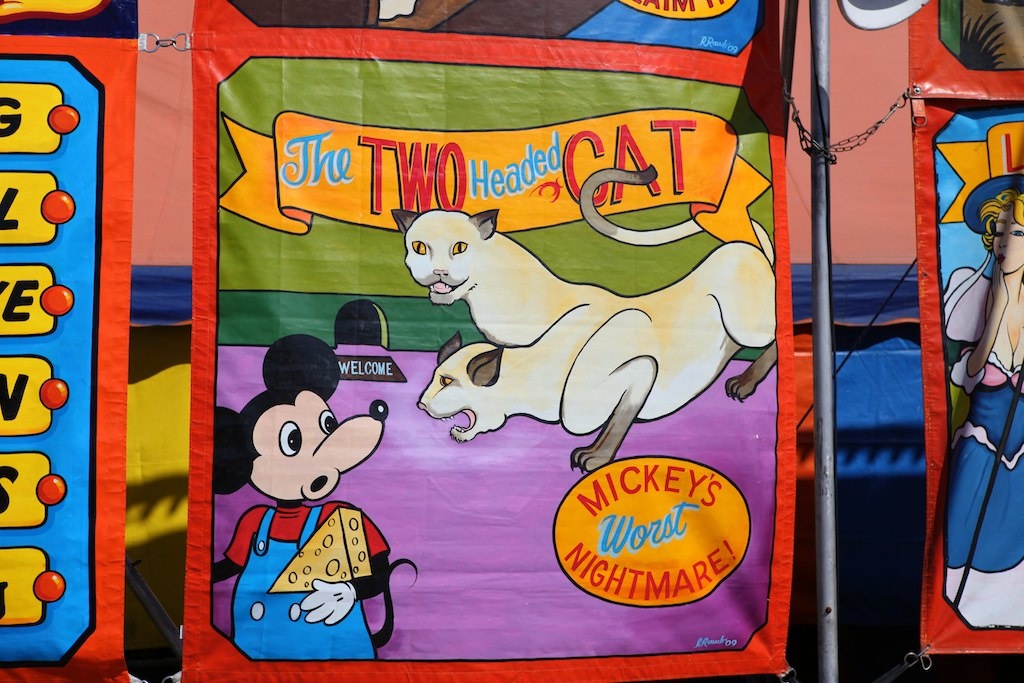 No, let’s go to the petting zoo. AEJ likes petting the animals. I think they’re dirty and nasty, so I just took pictures. 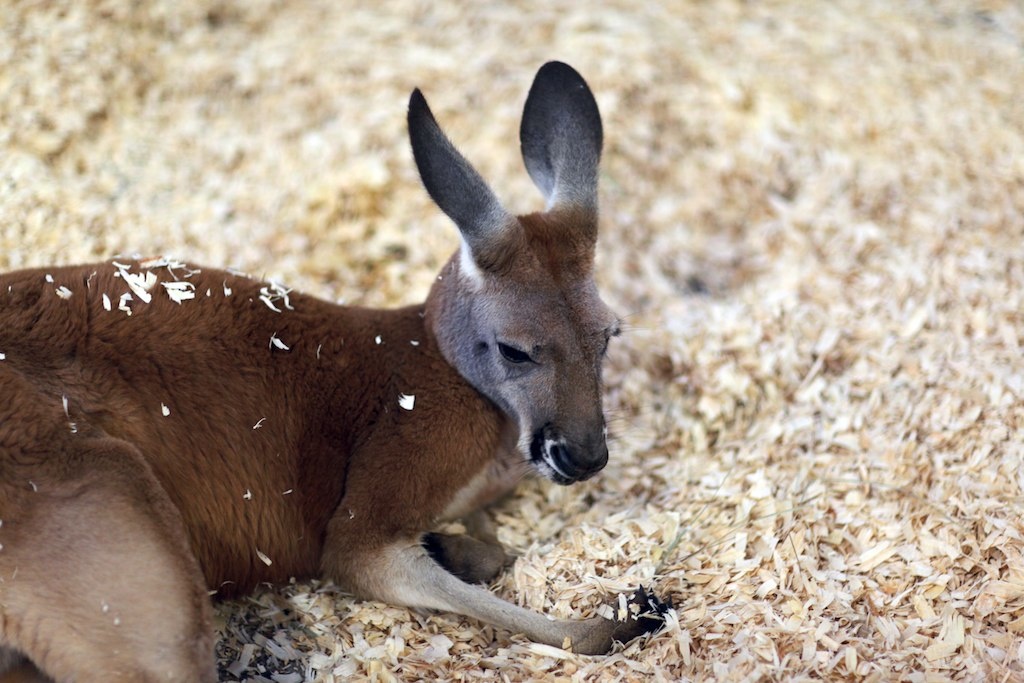 Here’s Wonky the Wonky-Eared Goat. (Not sure if that’s his real name.) 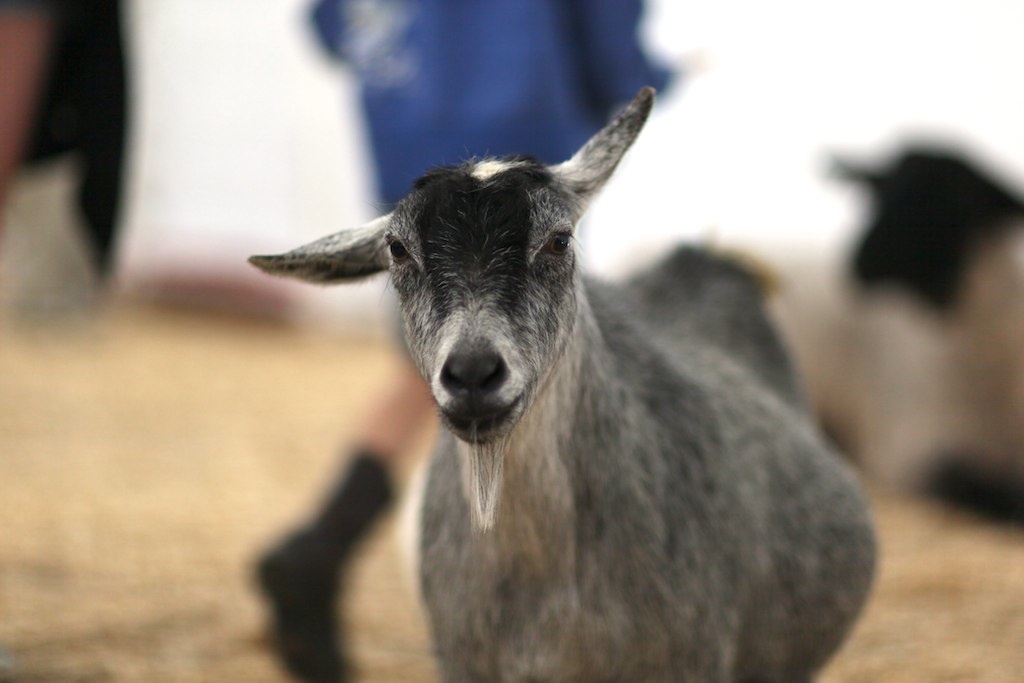 And here are some deer. You know what deer really love? They love to be chased around a pen by little children! Oh wait — they f-ing HATE that. (This is at least one thing I have in common with the deer. That, and our similar levels of intelligence and general skittishness.) 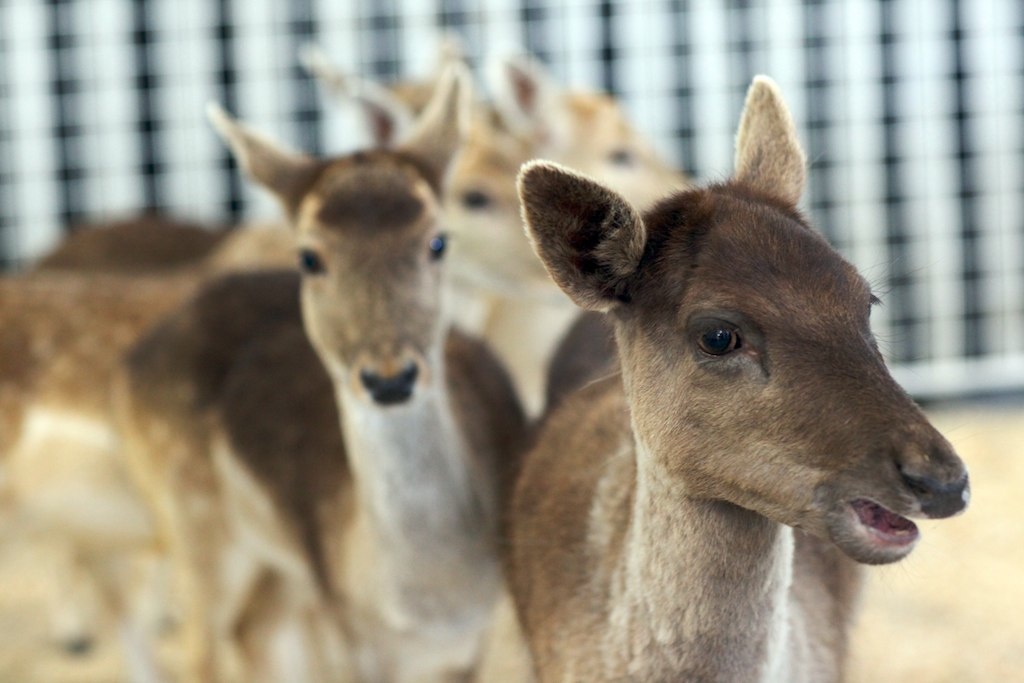 That’s okay, because the kids get what’s coming to them at our next stop: Mutton Busting! 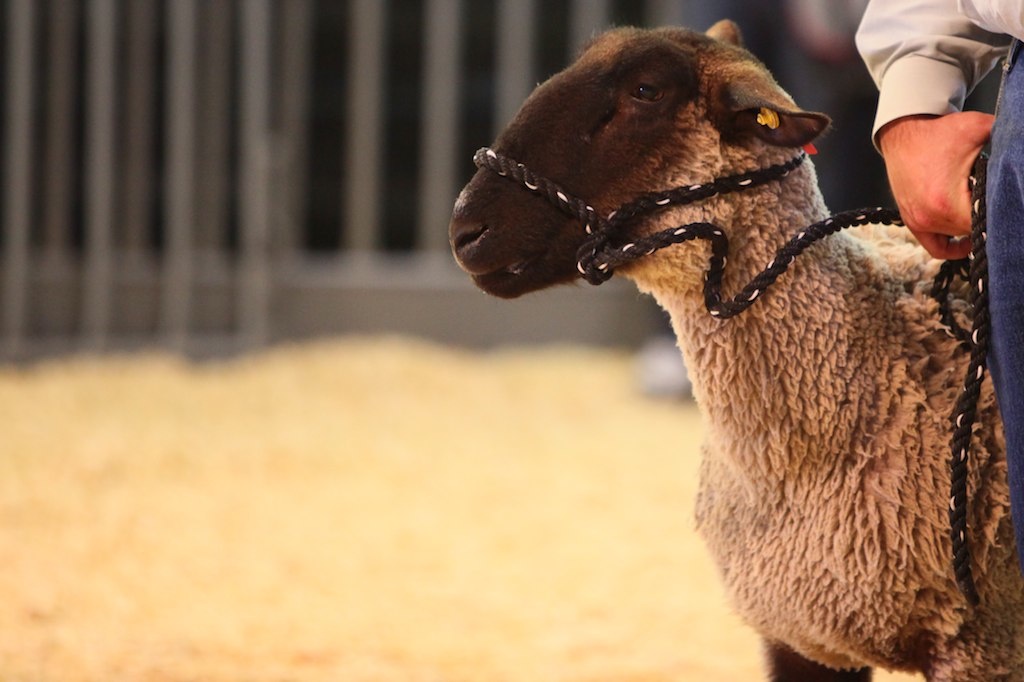 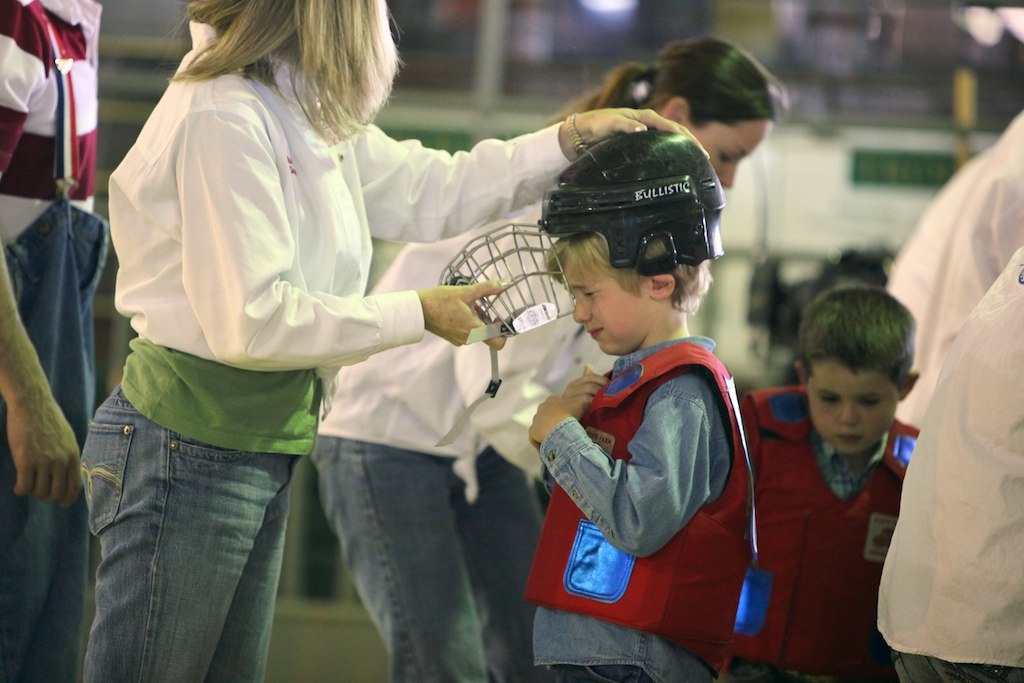 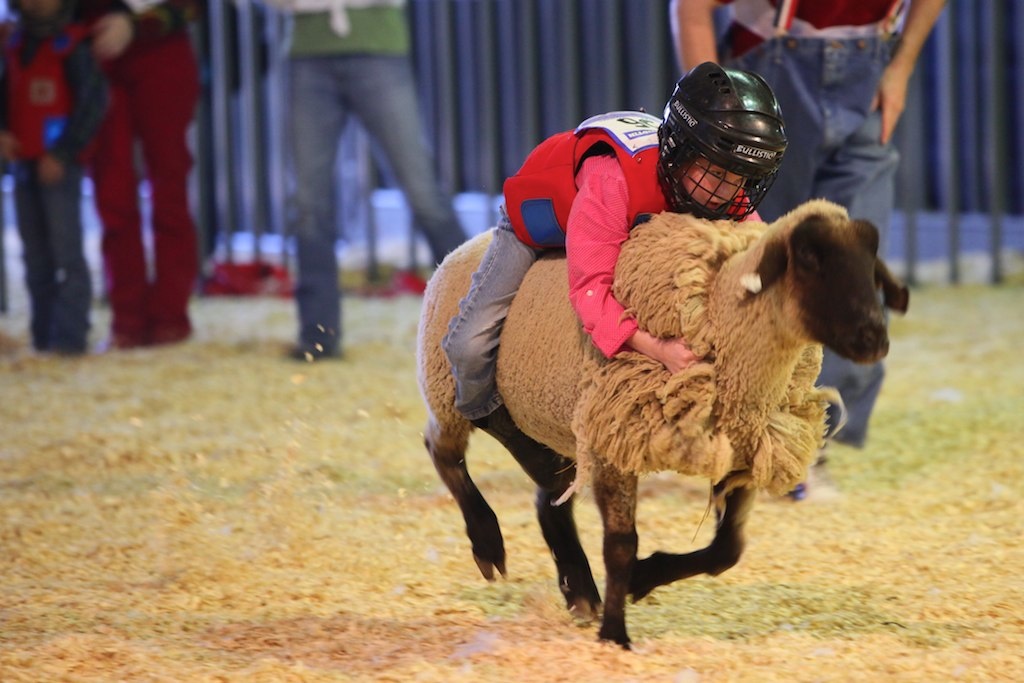 … holding on as long as they can… 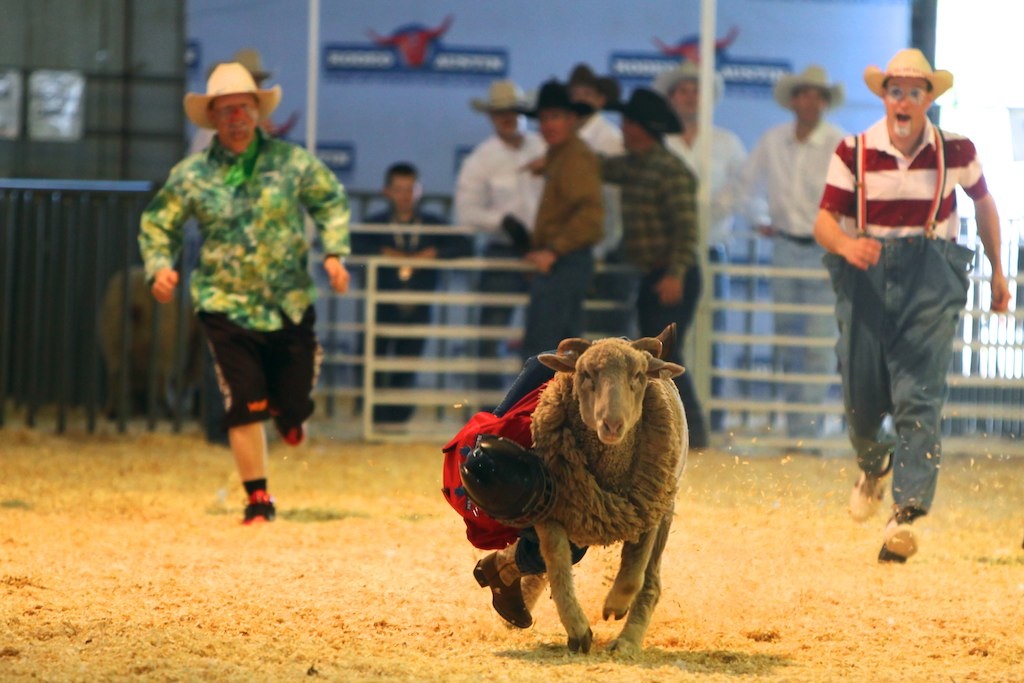 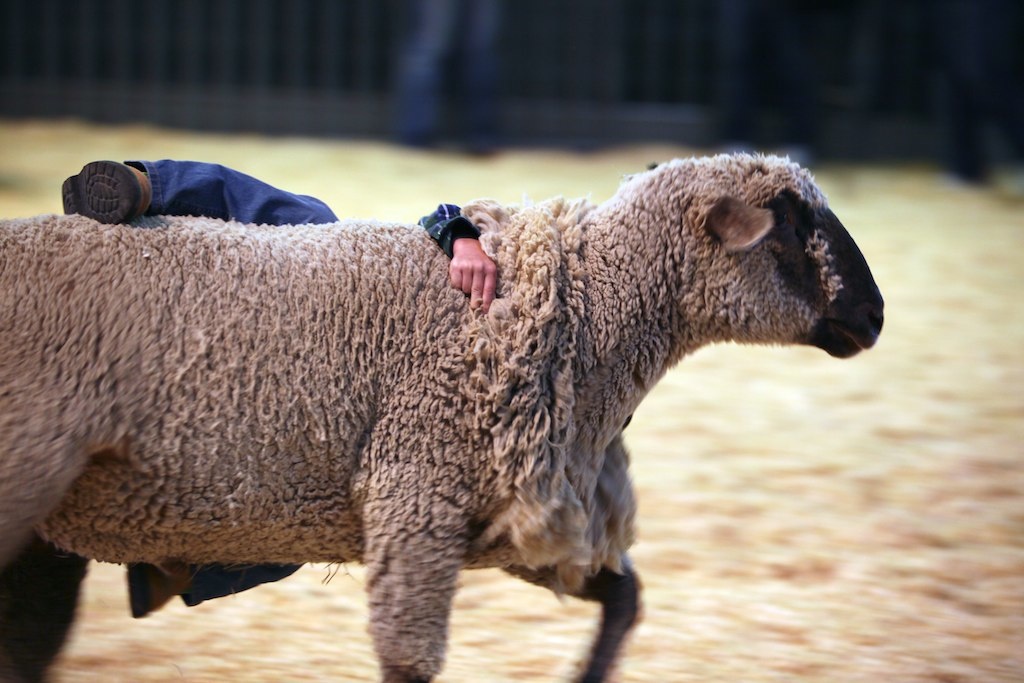 … until the inevitable, satisfying (for the crowd, at least) spill. 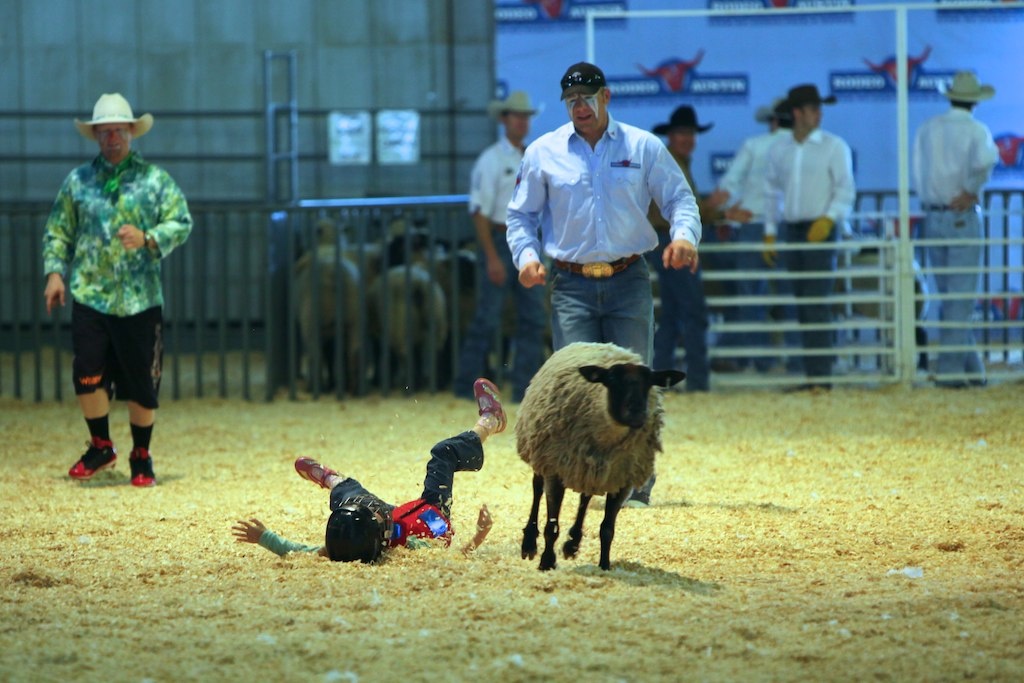 That was fun. Let’s have a sweet treat! 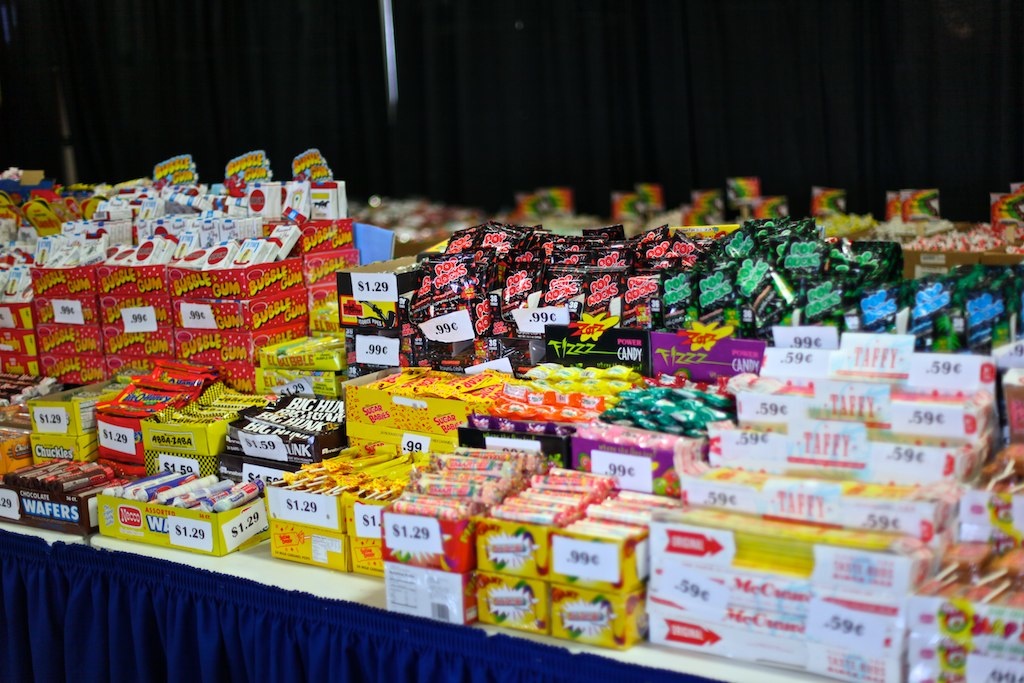 There was some livestock, but not much. Just a bunch of cows. 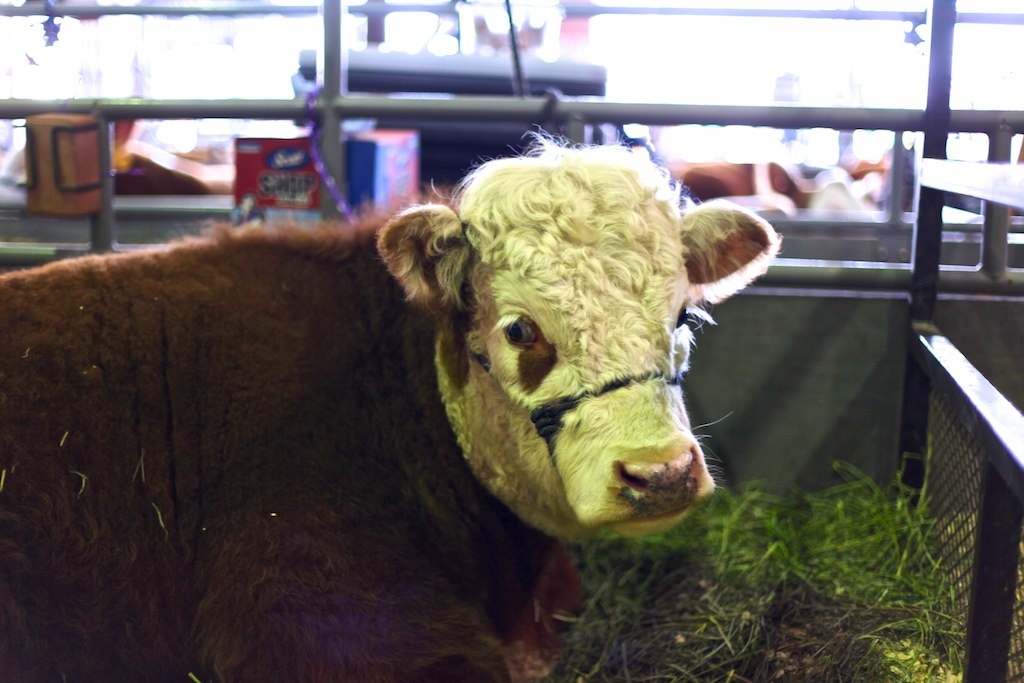 They looked sad, and made me want to become a vegetarian. 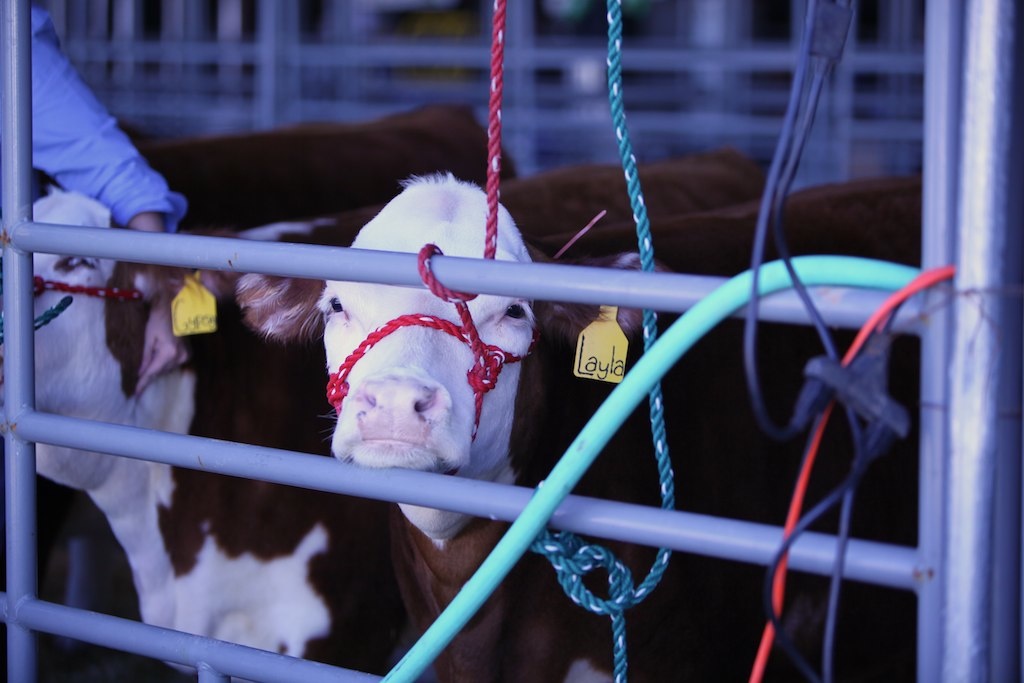 Okay, so this is all super fun, right?! Next, let’s go to the carnival part of the rodeo! When we’re there, we can… I don’t know, try to win a fish. You can’t keep the crowds away from stuff like this! 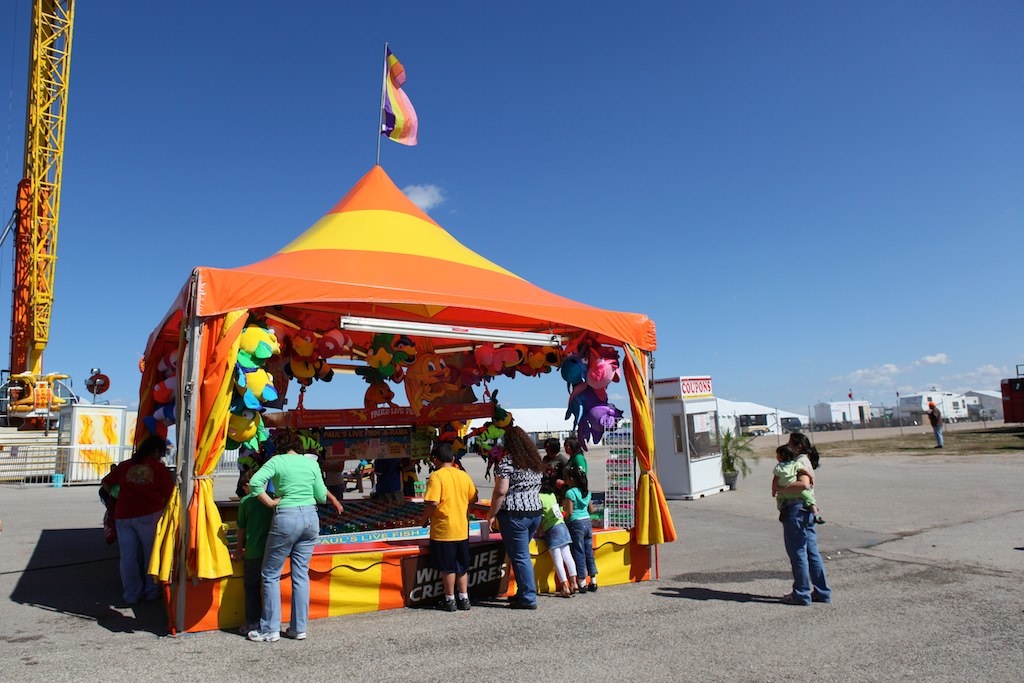 All we really wanted to do was play Skee Ball. We LOVE Skee Ball! What’s that you say? The Austin Rodeo DOESN’T HAVE SKEE BALL? In fact, the Austin Rodeo has the lamest carnival I’ve ever seen? Are you sure? But doesn’t this look FUN AS HELL??? 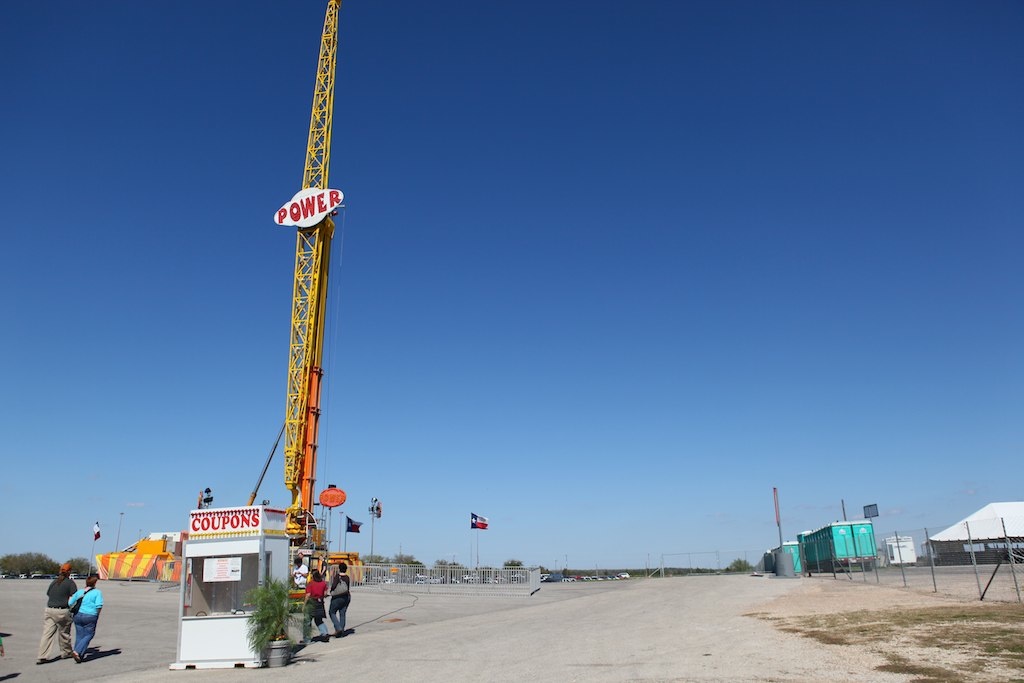 Okay, so there’s no Skee Ball. But this is Austin, right, so there must be a KICK ASS CONCERT series at the fair, right? RIGHT! SEE? (Seriously. There’s a band on the stage, and they’re playing.) The crowd goes wild!!! 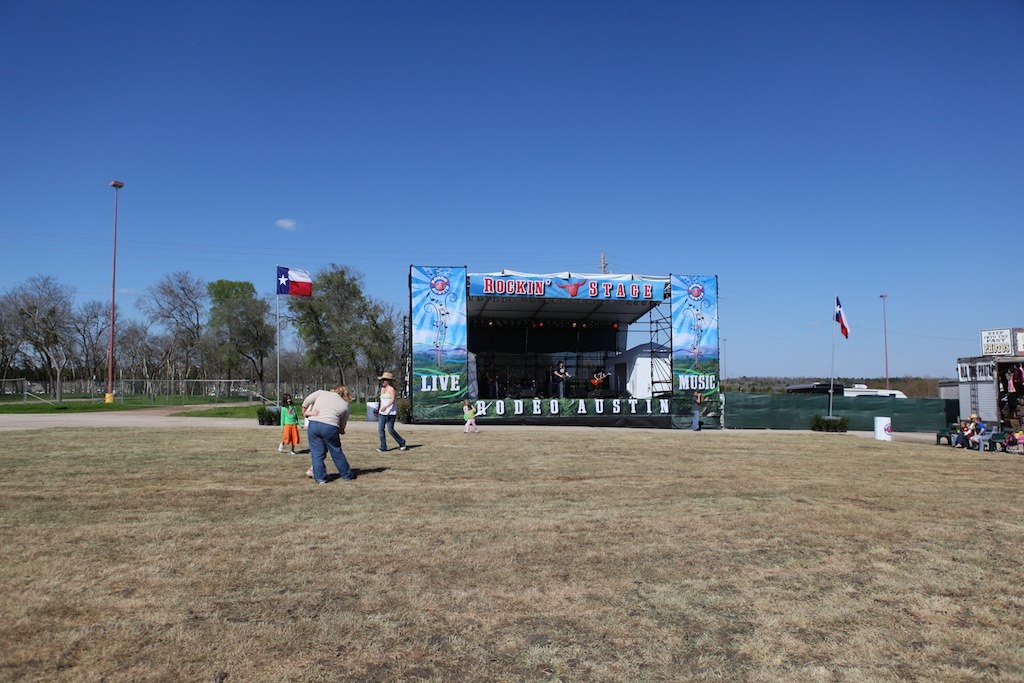 Okay, so the concerts are lame, the food is bad and overpriced and requires tokens, the super horse does nothing more than rock back and forth in nervous anticipation of being put down by its owner, but come on. There must be something really cool. WAIT! There it is! What’s cooler than CHEWING TOBACCO?! I’m sure the Dip Station is really, really nice inside. I think I’ve found my new habit, ladies! 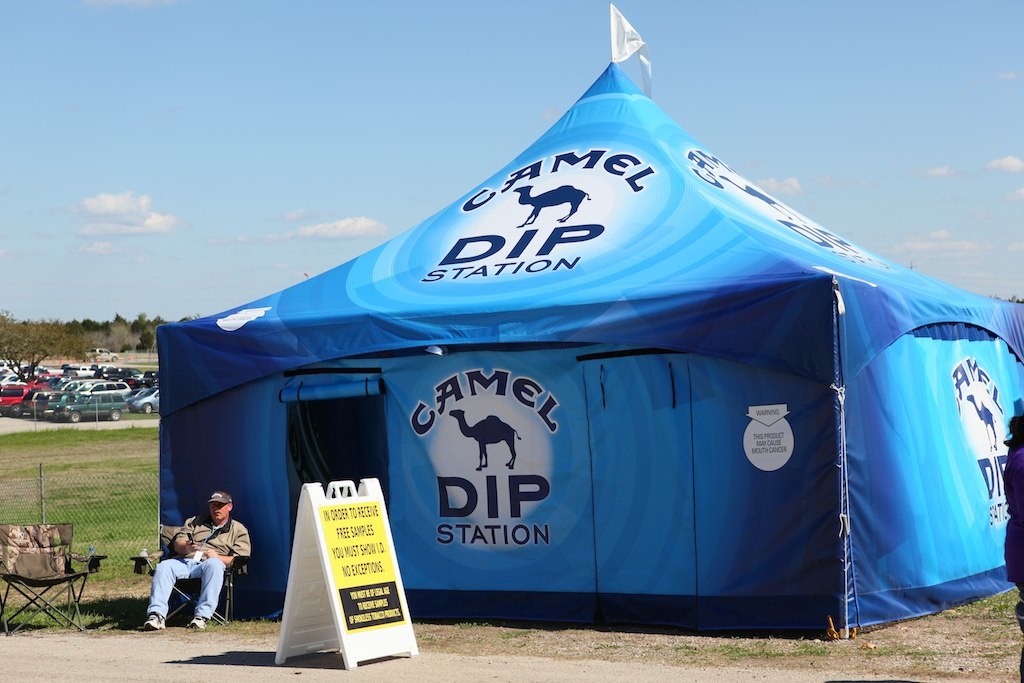 And when I’m not chewing my tobacco, I really want to smoke it. I’m all about cigarettes, so I was of course really interested in this spittoon. Cigarette’s only WHAT? I have to know! 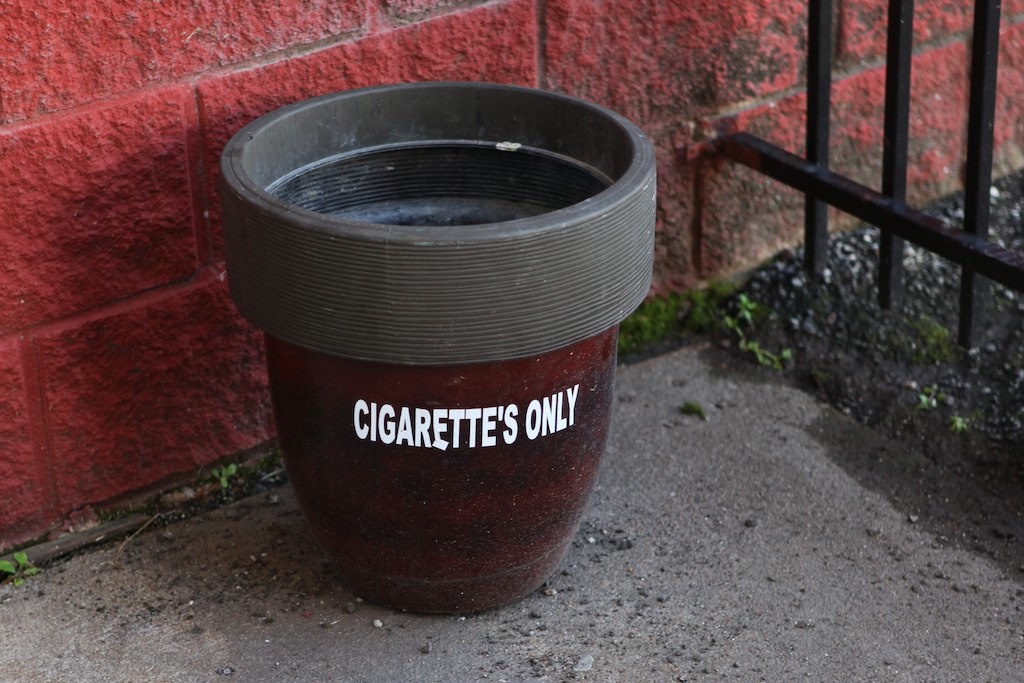 HEE-HAW! It’s the Austin Rodeo! WOO! I hope I’ve effectively conveyed how super fun it was. If nothing else, I hope that you consider naming one of your children after that guy’s horse: “In His Glory 2 (Electric Boogaloo).”

If you want to see a real rodeo you should come up to the Calgary Stampede. It is a 10 day festival held every year up in Calgary, Alberta. It has a rodeo, chuck wagon races, carnival, and top headliners performing both pay and free concerts. During the 10 days the city just parties non stop. Good times.

that was the most wonderfully sarcastic blog entry I have ever read!!

This blog entry is even more fun to read while listening to Copland's 'Rodeo'.

Ha! I laughed my ass off when I read this. That's Texas for you.

I was born and raised in Texas, and I have a cousin who performs in rodeos all the time, but I have never actually been to a rodeo.

Honestly, I don't understand the attraction.

I think New York's rodeo would win over that one.

Okay. Technically, you only attended the "fair" portion of the event (as did we). Perhaps the "rodeo" events, which required an additional ticket and only take place during the evenings/weekends, would have been more satisfying? Or at least a tiny bit less lame?

Here's an interesting bit of information: the magic horse handler is the same guy who handled Whiplash the Cowboy Monkey. Same opening act, too. My kids sat through about 2 minutes and took off. I stayed for the whole "act," but only because my feet hurt. That guy had exactly zero charisma.

Sounds like you need to go to the Houston Live Stock Show and Rodeo. It's not really my scene, either, but I've had a good time every time I've been. I'm not sure how "real" of a rodeo it is, but there's a lot more to do.

Please tell me you came to the Texas State Fair up in Dallas to try the deep fried butter this fall! And see pigs race for oreos? I mean, that show is sort of lame, too, but they KNOW it's lame and make fun of themselves. Plus, hey, pigs eating oreos.

You, sir, are a master of sarcasm, and suddenly I'm glad that I didn't take my boyfriend's sister up on her offer. And now I know why they had an extra ticket in the first place.

OMG... I laughed so hard that I cried... and I cried so hard I couldn't see the screen to read the last third until I got up and collected my self!!!

How did I miss this? This is the funniest thing I've read in a very long time. Bravo, sir.

The local radio station had a contest. First prize was two tickets to the Austin Rodeo. Second prize was four tickets. Sheesh...

Try to remember that Rodeo Austin is a non profit organization mainly run by volunteers. They have raised millions of dollars in college scholarships to deserving students in the area. You seem like an educated individual, so maybe read up on Rodeo Austin first and then decide whether such a hardworking organization deserves such criticism. The actual rodeo does take place during the evening and requires an additional ticket. It sound like you got enough entertainment from your $8 fair ticket, that you took 15 pictures and wrote an entire blog post.

I just re-read this out loud to my friends and cried the entire time. Possibly one all my all-time favorites. Can't get enough.

Lighten up, Francis (LW). Austin's rodeo IS lame, an embarrassment to the state of Texas, the kind of rodeo a bunch of hipsters would come up with. The rodeos in Houston and San Antonio put yours to shame.

Sorry, but it's the truth.

Don't give up on texas rodeos take it from a true Texan the Houston stock show and rodeo is the best rodeo in this glorious state you should go.

There post is *dripping* in sarcasm... I love it.