Last week, I had the pleasure of traveling to Falls Church, Virginia, for the world premiere of Aurora Awakes. I wrote about the piece quite a bit while I was working on it, so there isn’t much more to tell you about the tune itself. Briefly, it’s an 11-minute mega-pretty, mega-sparkly piece, about the arrival of dawn, drawing heavily on a motive from the U2 song, “Where the Streets Have No Name.”

Aurora is the goddess of dawn, and the title comes from AEJ’s brain, as usual. Please don’t email me and tell me that it’s grammatically incorrect because it’s not, smart ass. “Awakes” is the alternate form of “awakens.” It’s correct — unless everybody makes the same error, from H. G. Wells to The New York Times to CBS News to the BBC. (Can you tell I’m getting a little tired of arguing that point? Sorry — the kitchen remodel is making me cranky.)

But let’s move on to the trip! It was a good one. The Stuart High School Band put me up at Hotel Monaco in Old Town Alexandria. 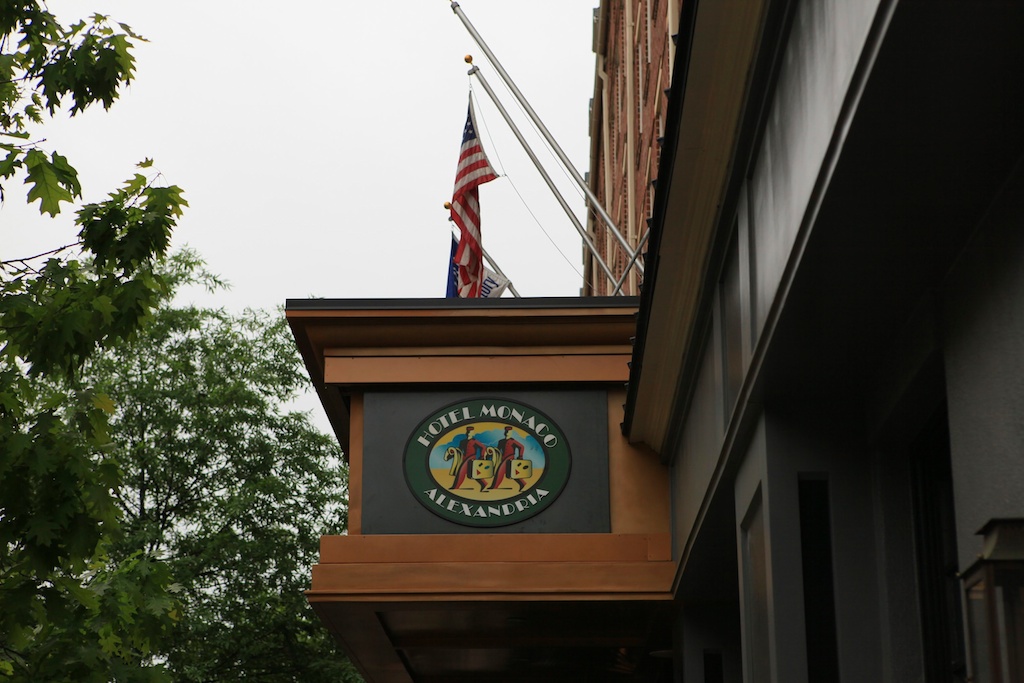 The neighborhood was great — amazing restaurants within walking distance of the front door — and the inside was pretty swanky-swank, too, from the provided toiletries… 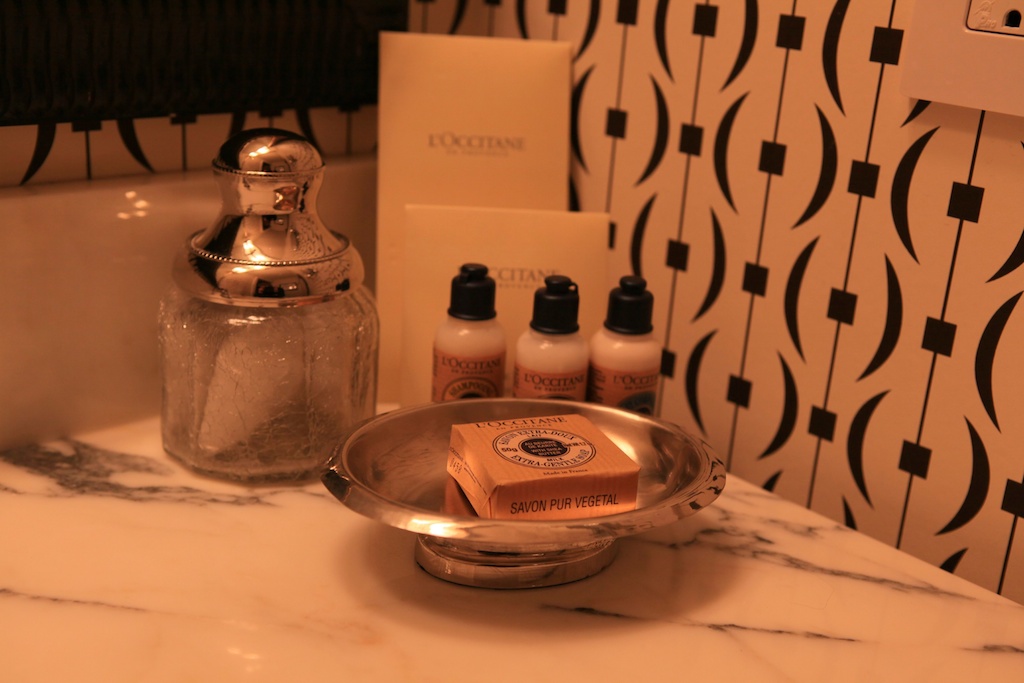 … to the fancy-pants lobby. This was, to my memory, the nicest high school-provided hotel I’ve ever stayed in, and there haven’t been many colleges that have topped it, either. 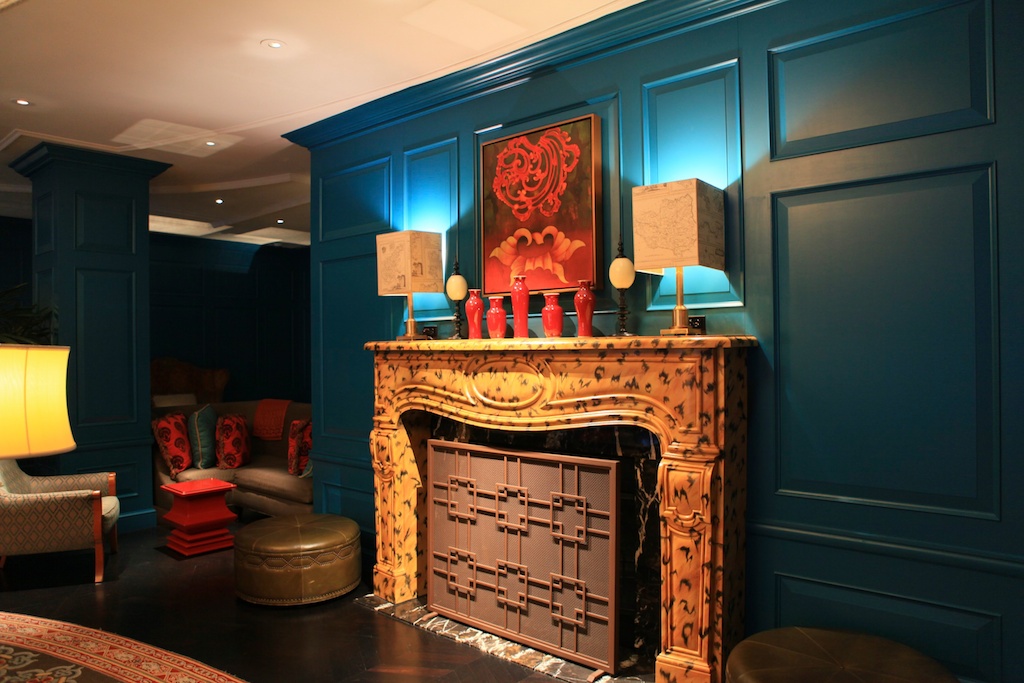 Doug Martin, the Director of Bands at Stuart High School, first asked me about the commission at Midwest more than two years ago. When he initially approached me about the piece — commissioned to celebrate the 50th anniversary of the high school — I told Doug that I appreciated the offer, but I wasn’t sure that a single high school band could afford a new piece, particularly one of this size. (Almost all of my pieces are commissioned by consortia of many organizations, and each group chips in an equal share of the fee. The result is that each school pays just a little, but the commission fee is much higher than it would be if a school tried to pay it single-handedly.) Doug assured me that his parent booster organization was incredible, and he wasn’t exaggerating. Just to put this commission in perspective, my Soprano Sax Concerto was funded by 27 colleges plus the United States Navy Band. The parents at J.E.B. Stuart High School funded Aurora Awakes entirely on their own. As I told them at the concert, these parents accomplished what in the past has taken the work of TWENTY-SEVEN COLLEGES AND A BRANCH OF THE UNITED STATES MILITARY. 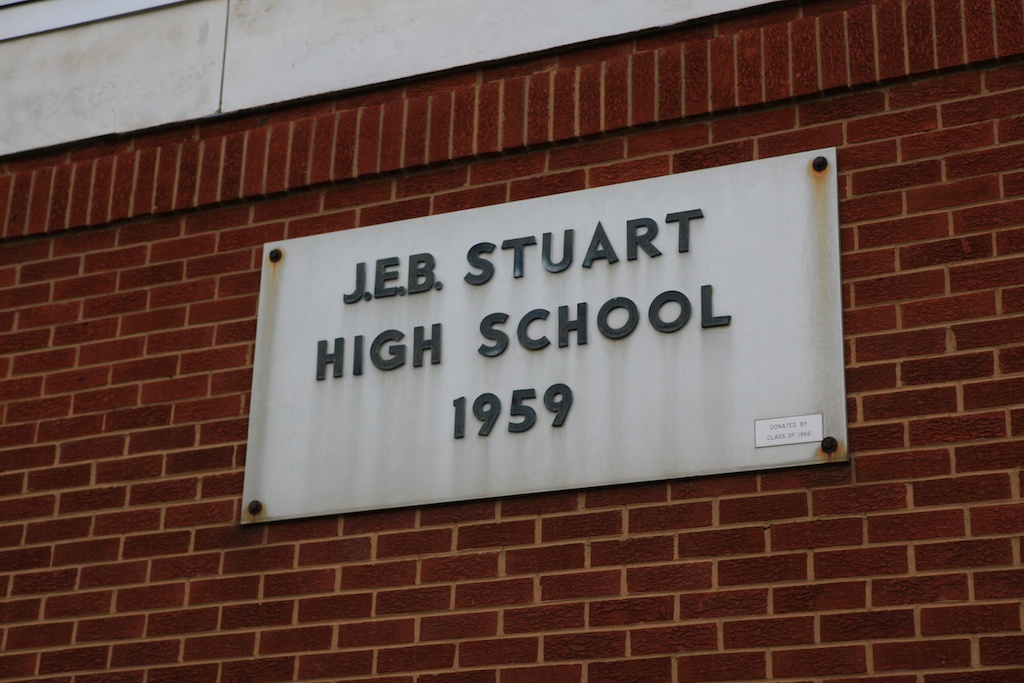 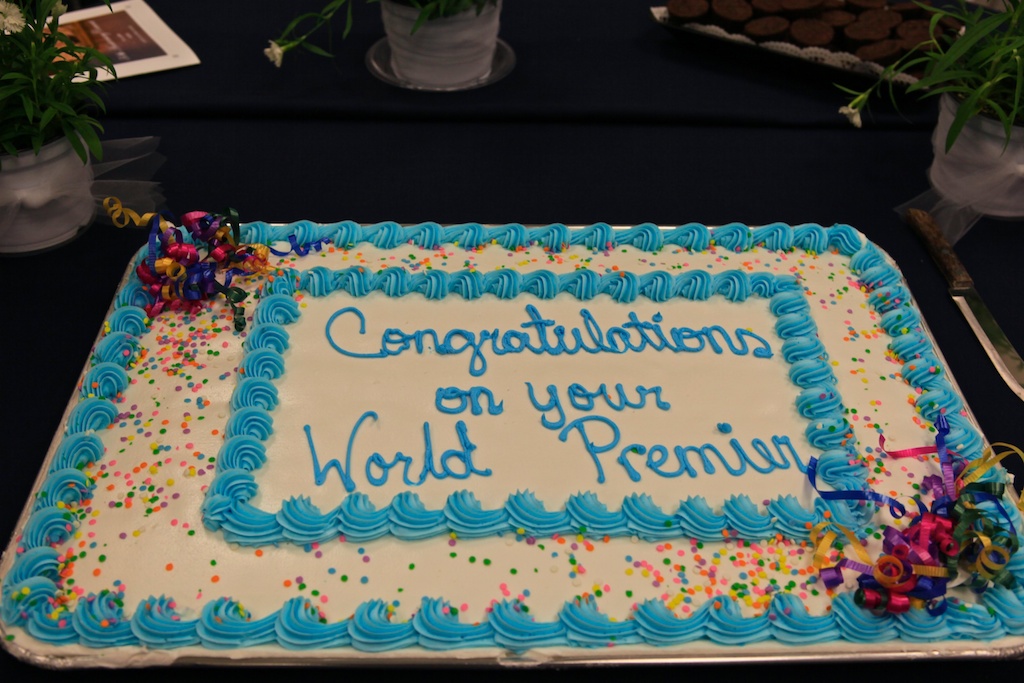 The premiere performance went really well. Aurora Awakes is tough. It doesn’t have the crazy meter changes like my other pieces, but it still requires tremendous rhythmic clarity, and there are a lot of tough intonation challenges. Plus, it’s a pretty piece, so it needs beautiful sounds from every player, all the time. As I do with every commission, I overwrote the piece, and I made it harder than a “high school” level piece. (As I said to the band, “er, my bad.”)  Doug Martin and the band were awesome, though, and they did the piece proud. And really, they couldn’t have been any lovelier to work with. 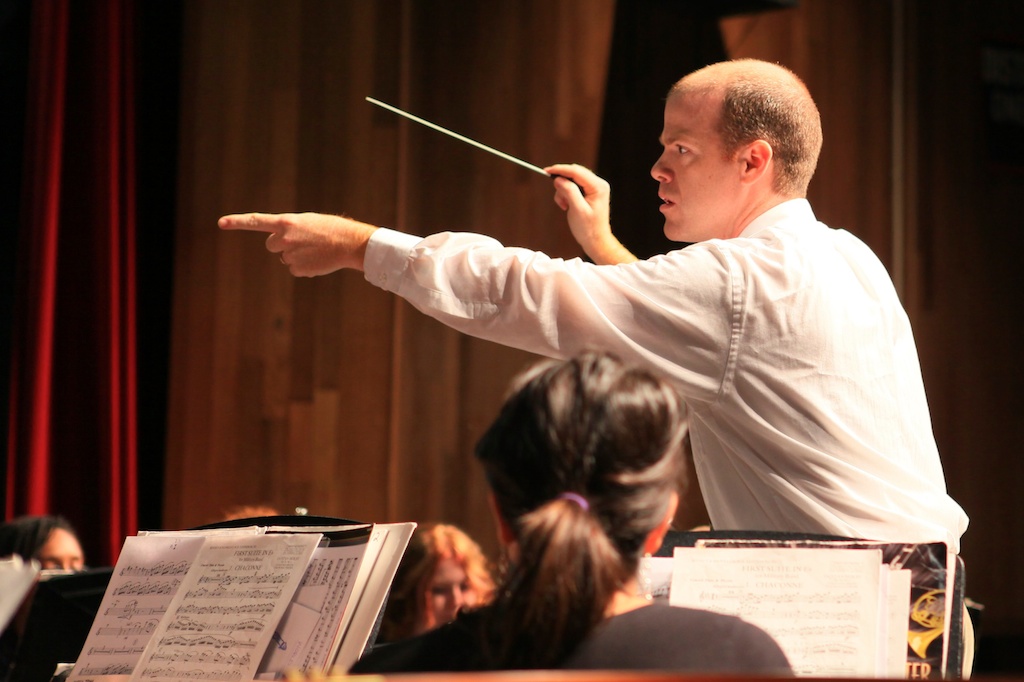 I had a great time in rehearsals and at the performance.  Of course, it wasn’t all music… 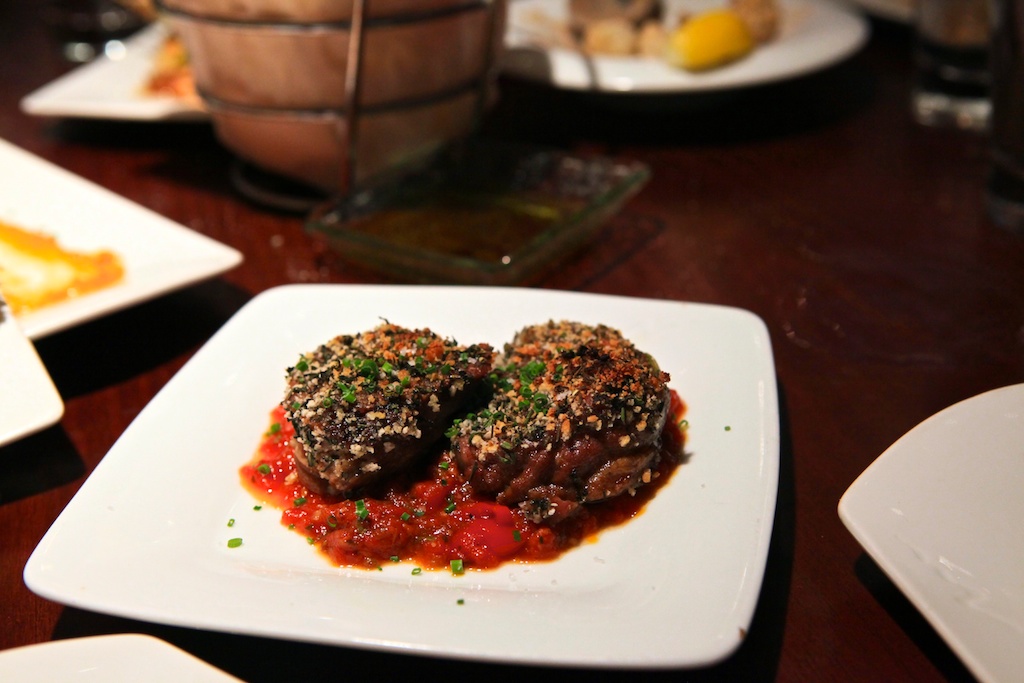 No, of course with these incredible parents, there was an incredible dinner. Like, an incredible dinner. We went to a tapas place called Zaytinya in Washington DC, and it was fun and delicious. It was Mediterranean-themed, which I’d normally avoid, since I hate lamb and I hate hate HATE cucumber, but I needn’t have worried. Doug and his wife are vegetarians, and Doug, weirdly, also hate hate HATES cucumber. Finally! Somebody else who understand that cucumbers are nasty unless you pickle them. So if Doug wasn’t going to eat lamb, and he hated cucumber, but this was his favorite restaurant in DC, how bad could it be? 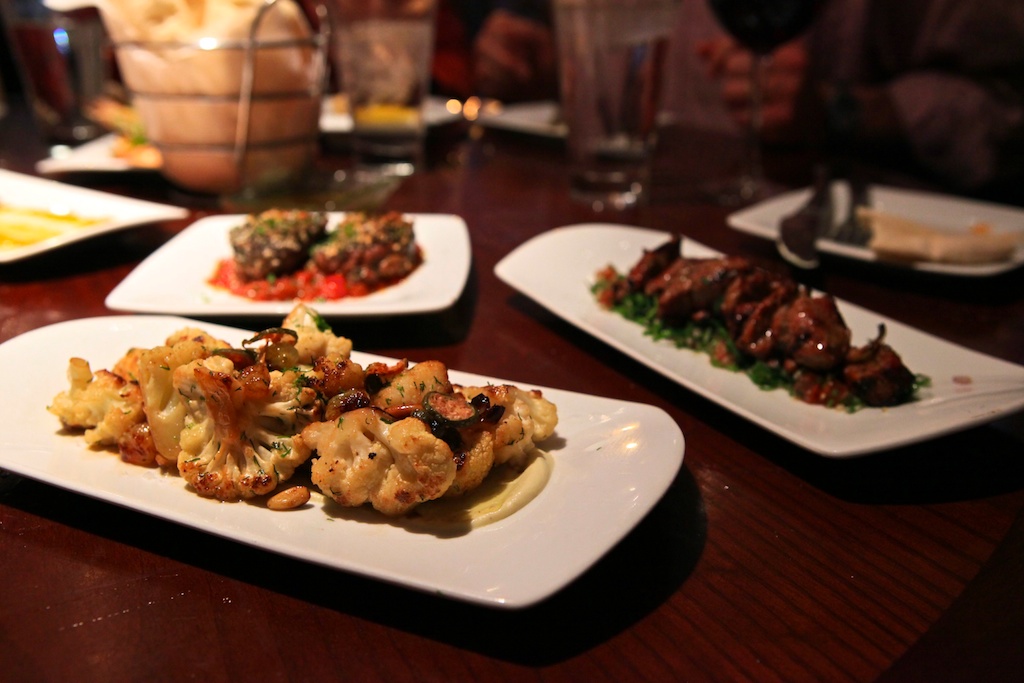 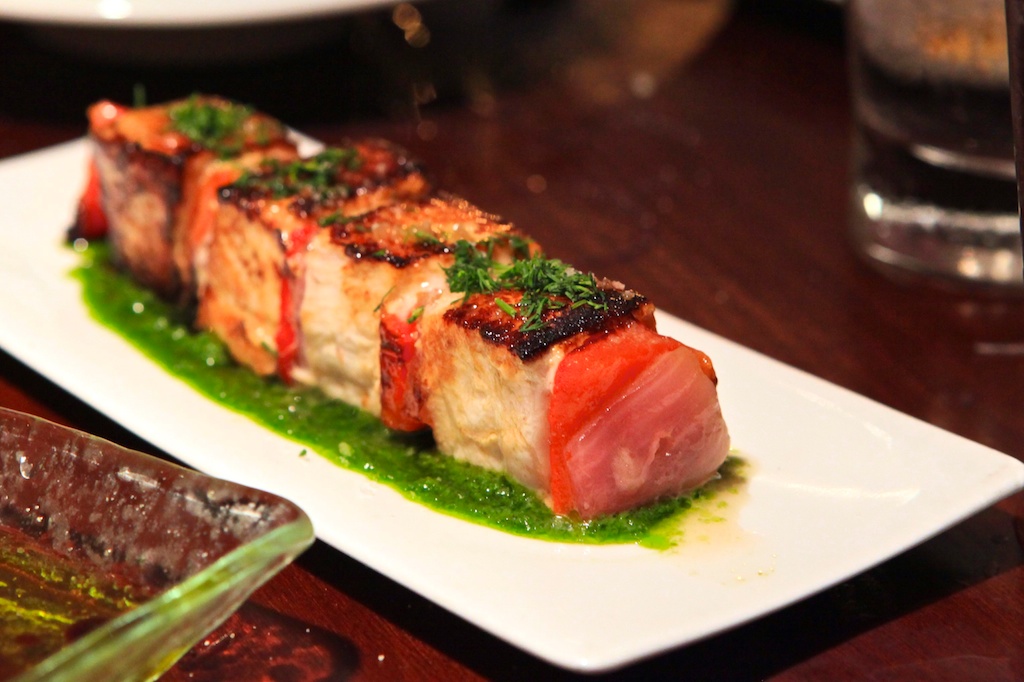 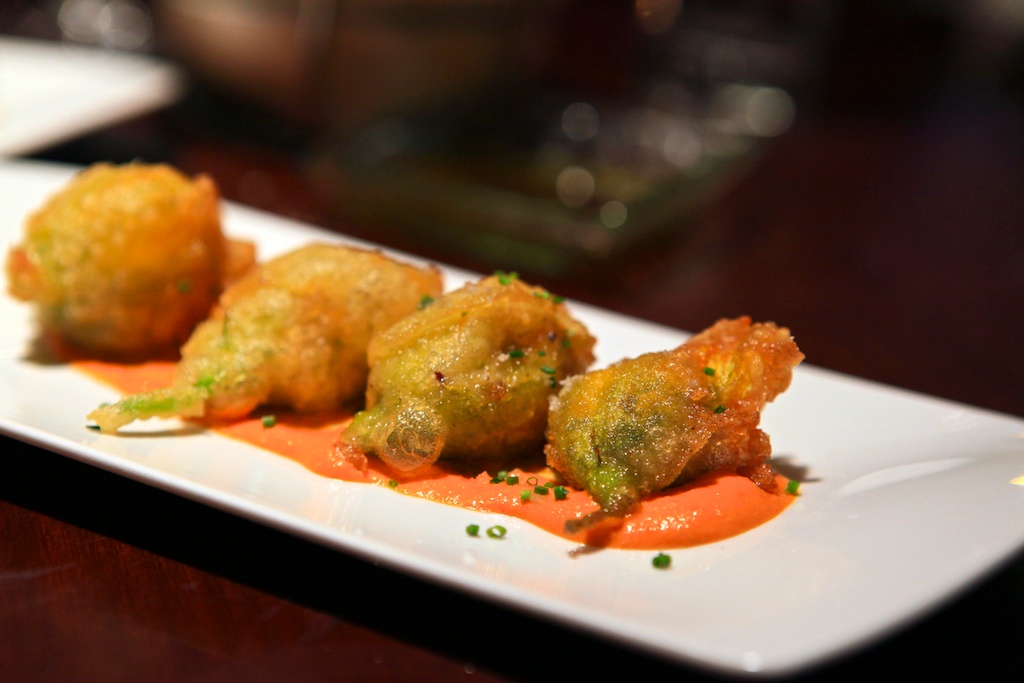 It was even better than it looked — and it looked pretty good. 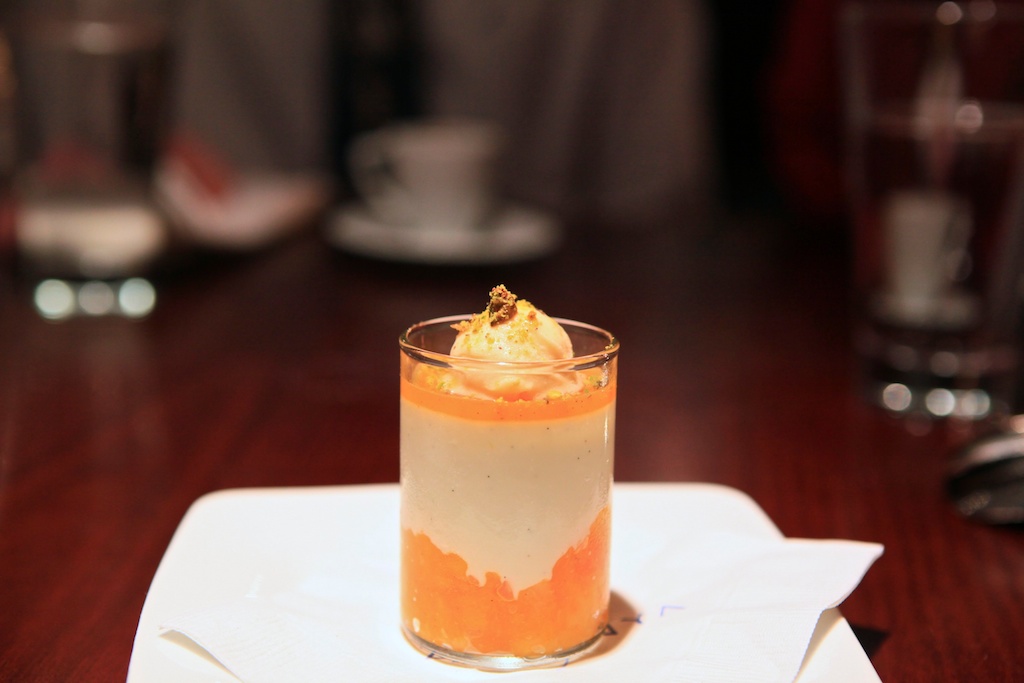 This was a special trip. My dad and stepmom drove from Ohio to hear the premiere, and I even got to spend a little time with them in DC before the concert. Here, my dad touches the spot on the ground at the Lincoln Memorial where Martin Luther King, Jr. stood and gave his famous “I Have A Dream” speech. 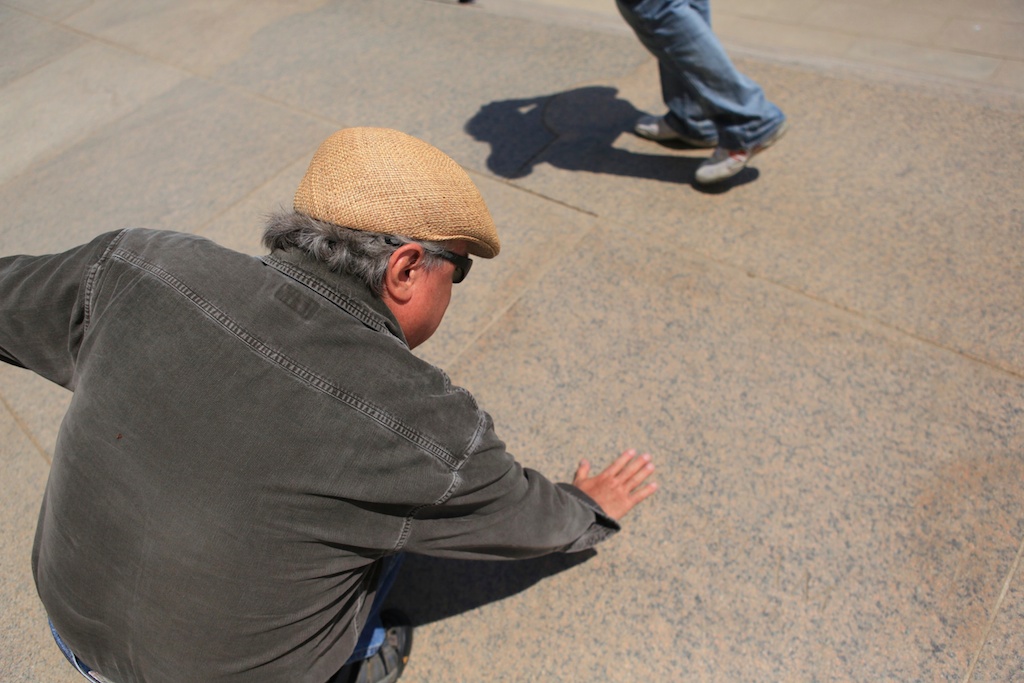 I really can’t say enough to thank Doug Martin, his lovely wife, the officers of his band, the parents, and most of all, the students at J.E.B. High School. I had a wonderful time, and I hope the students and parents enjoyed Aurora Awakes as much as I enjoyed meeting and working with them. Plus, on the last night, there was BREAD PUDDING! 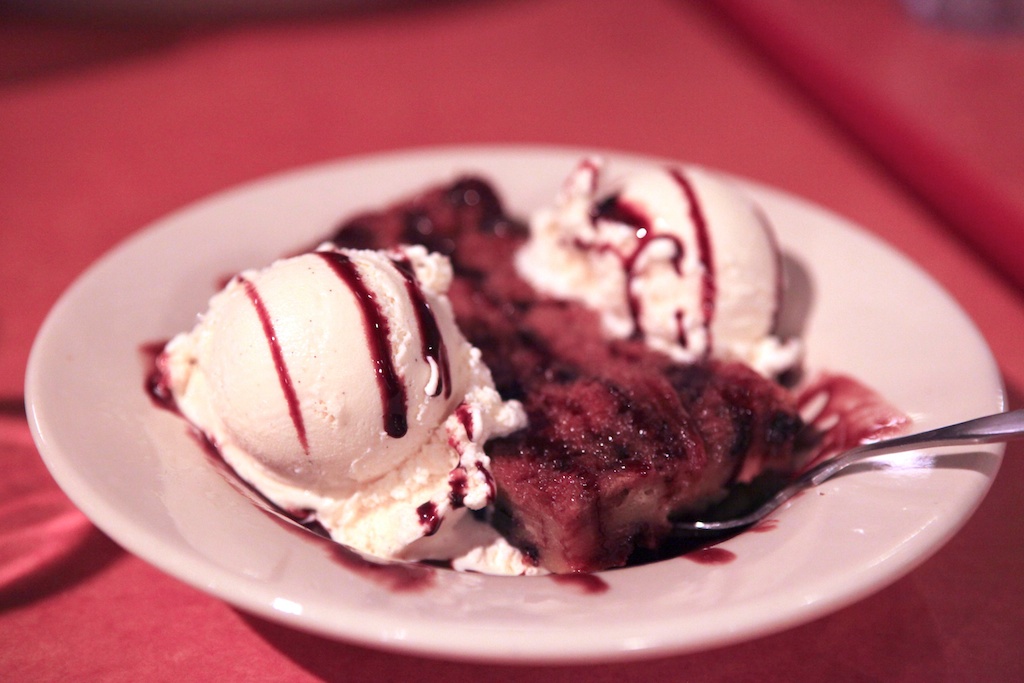 I don’t have a recording of “Aurora Awakes” — not with humans, at least — but in (nearly) a first, I figured I’d share the recording of the MIDI. It’s not perfect, and it will always sound infinitely better with people, but it’s a decent representation of what the piece sounds like. It’s “performed” by Vienna Symphonic samples (winds and saxes, with some percussion, particularly mallets) and Project SAM samples (most of the low brass and percussion), and they’re played by Kontakt 3, driven by Finale. There’s no real sequencer here, just a boat-load of patch, dynamic, and volume changes, sent as staff expressions on a score that I use only for playback. I hope that if you listen to it, you’ll also listen to a real recording when I post one in the future. I promise it’ll be better…

I'm jealous of your percussion tracks. What do you use for them? Garritan percussion isn't quite cutting it.

I so wanted to attend the premiere, I live just a few minutes away! But alas, I couldn't make it that night. Next time you're in the DC area, let me know and I'll give you a tour of the Army Band's crappy facility--sure to delight!

I have a feeling this piece will become your "Lux Aurumque".

Marching bands will play this to death.

Sweet! I would love to have my own Lux Aurumque! I could buy a country house!

wow - just incredible! thank you for posting the mp3. what an incredible work. absolutely amazing!